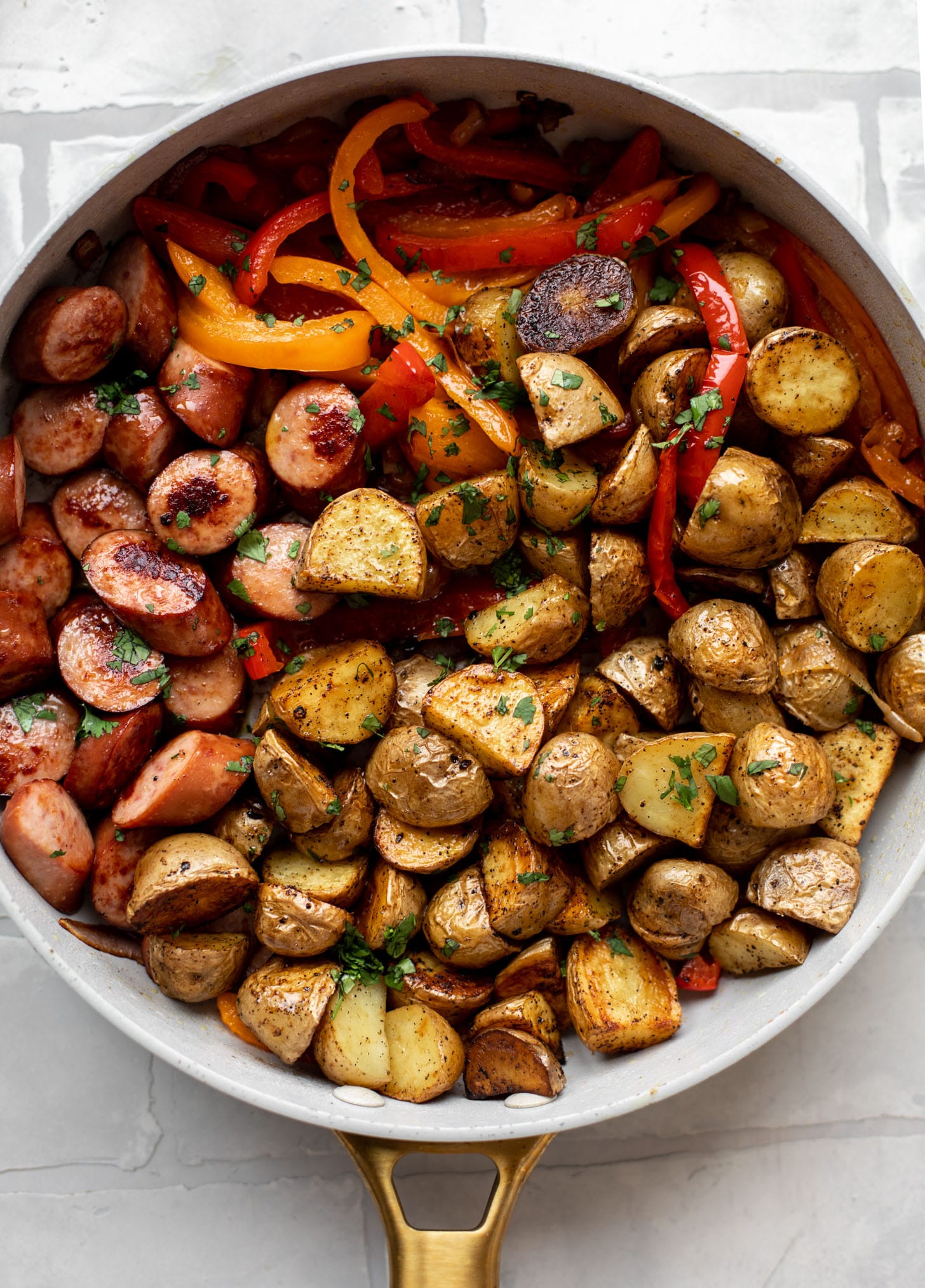 This smoked sausage potato skillet is one of our favorite super easy weeknight meals. It’s so flavorful, filling and delicious – a hit that is enjoyed by everyone! Perfect clean-out-the-fridge meal.

This is one of our most made dinners… ever!

And it’s what I call a Monday meal.

We love this dish. It’s so easy. The potatoes and peppers give it a breakfast hash vibe and it’s enjoyed by everyone in the house. Satisfying, savory, smoky, everything you want. Smoked turkey sausage is a staple in our house. Every meal I use it for is just so effortless. Eddie likes to joke that they are our “cop out” meals because when I can’t think of anything else to make or feel like I have zero time or frankly just don’t even want to cook, boom. Enter smoked sausage.

My sheet pan smoked sausage and peppers recipe is so popular here on the blog – you guys love it. It’s an even easier version of this meal, minus the potatoes. For this recipe, we’re adding crispy yukon gold potatoes that are buttery on the inside.

This skillet potato and sausage version is originally from the Everyday Dinners bonus cookbook which launched almost one year ago today! This is such a great meal to have in your back pocket after a busy work day or week. The flavors are spot on, it’s very filling and doesn’t take much time to make at all. 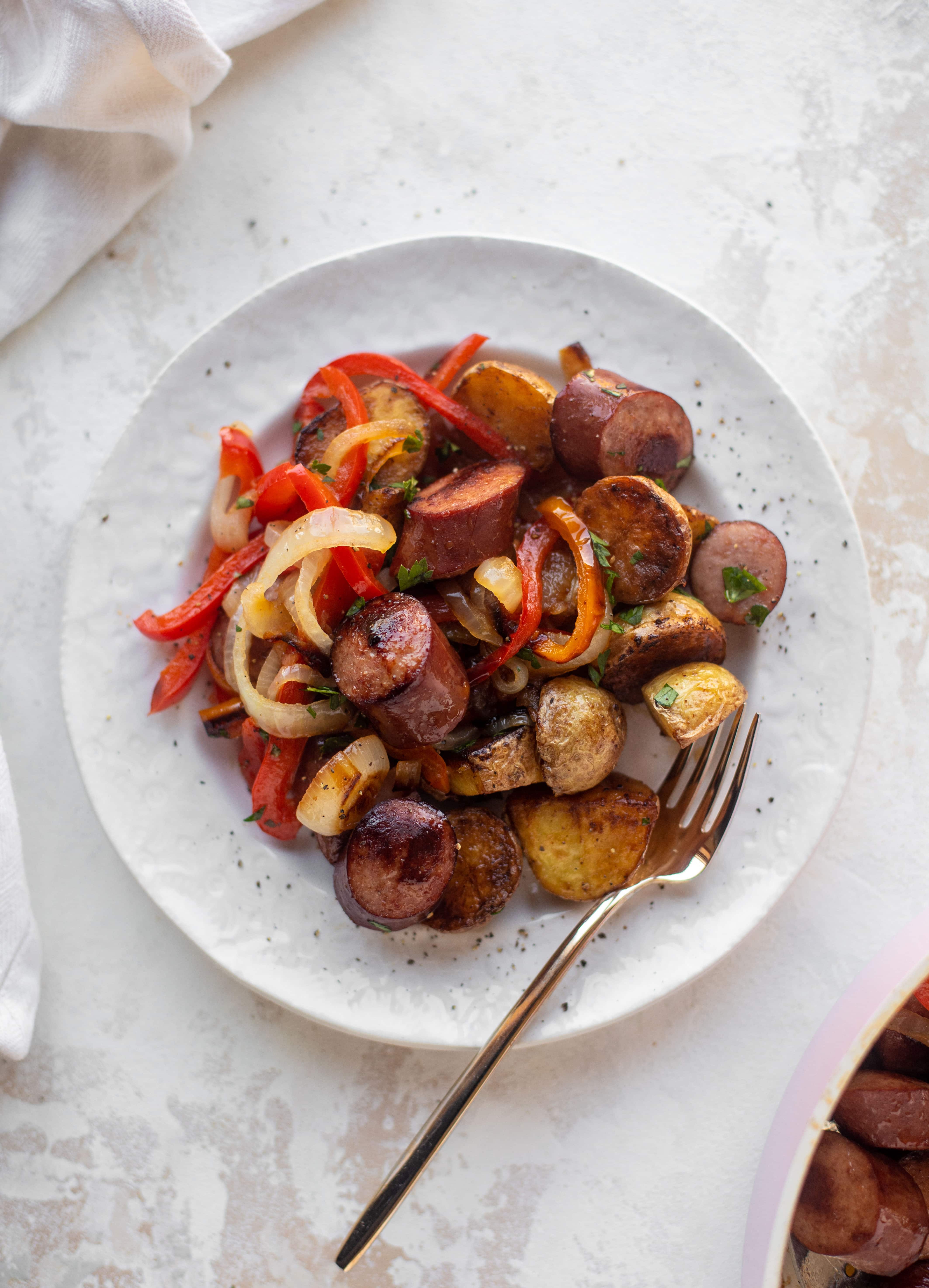 It’s one of those dishes that can be thrown together with what you have in your house. Another version of potatoes? Clean-out-the-fridge broccoli? The dish is pretty darn forgiving so add whatever you love.

Here’s how I make it! 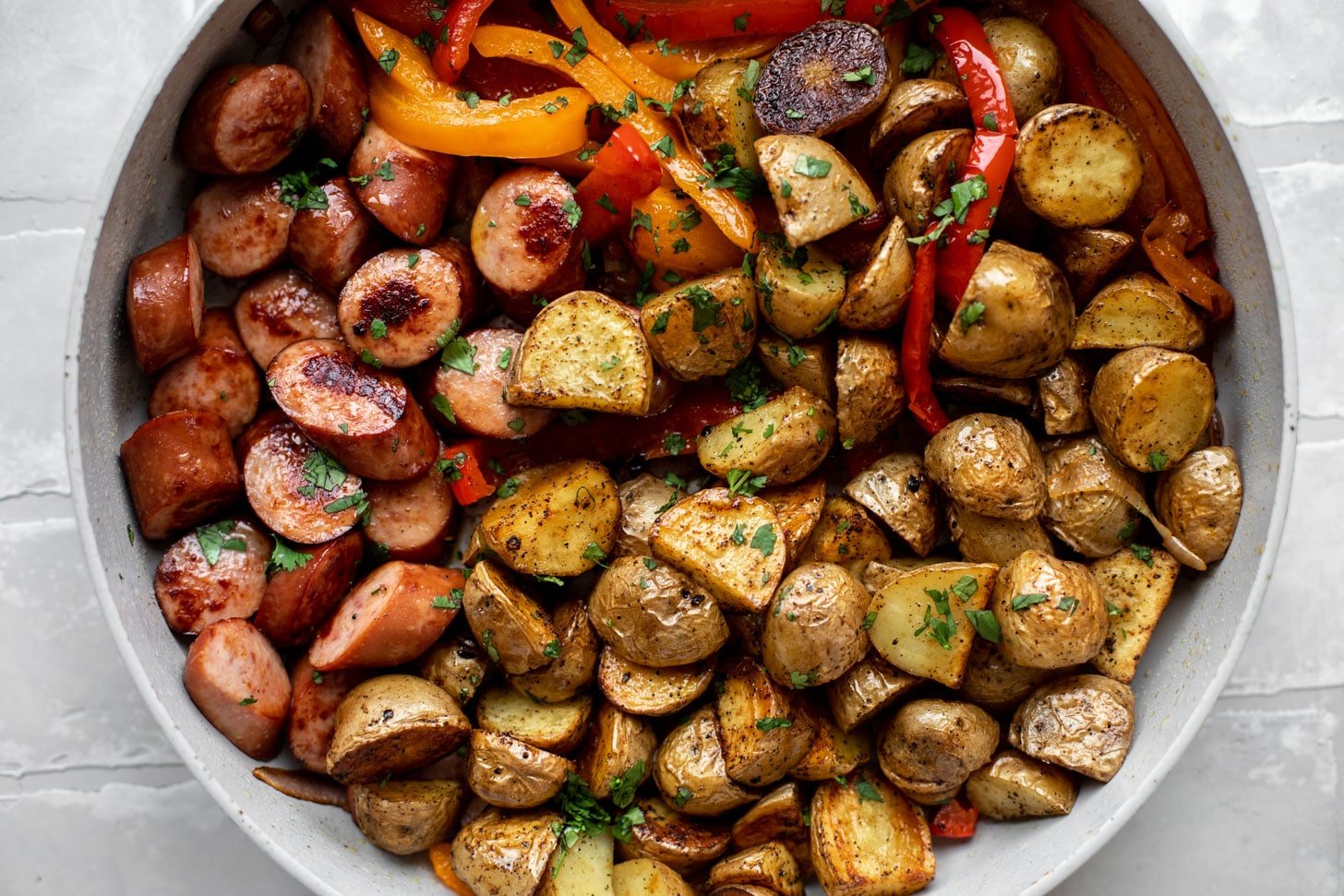 While this is never the prettiest dish (haha. see what I did there?), it’s one that you just can’t go wrong with. It’s savory and filling and a very easy version of comfort food. It doesn’t look like much but it will become a delish staple! (more…)