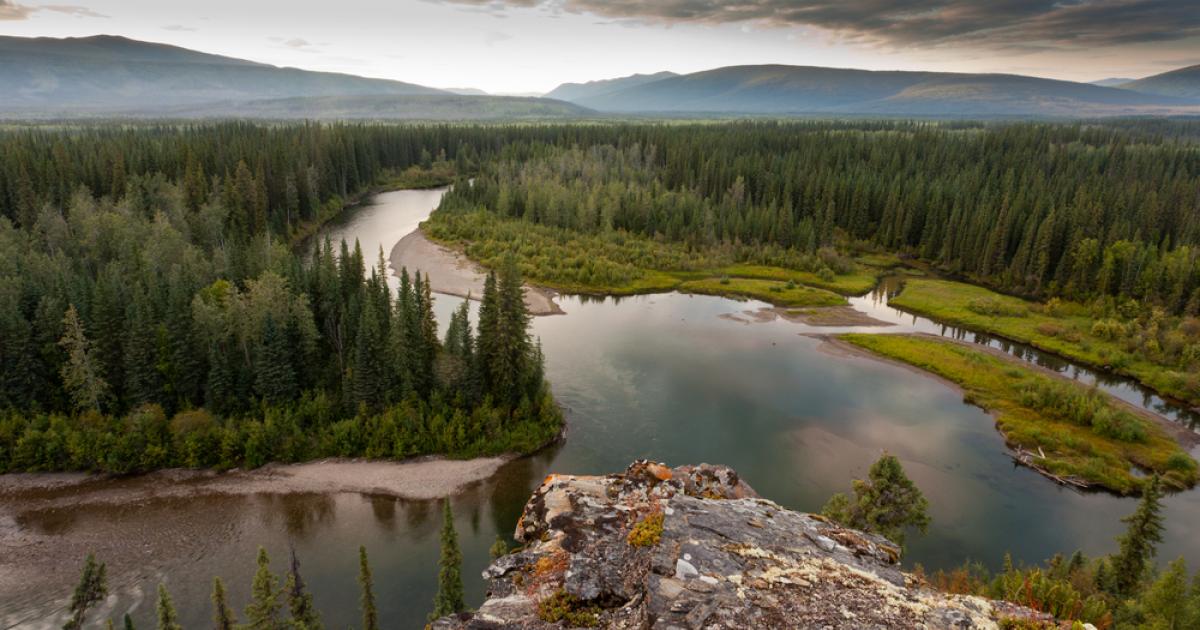 This is an excerpt adapted from “Little Green Lies and Other BS” by John Mullinder. It is reproduced with permission from the author.

Branding the world’s primary forests as ancient is probably one of the slickest con jobs in recent environmental history. Because ancient forests (in the normal sense of the word) are few and far between, if they exist at all.

Back in 2006, Greenpeace proclaimed the boreal forest of Canada “one of the largest tracts of ancient forest in the world” (emphasis added). But Greenpeace did not define ancient forests in terms of how old the trees were. “Ancient forests are forests that are shaped largely by natural events with little impact from human activities,” it declared. So basically, in its view, forest minus humans equals ancient.

In subsequent years, a Vancouver-based conservation group called Canopy has taken the “ancient” campaign to another level, promoting the Ancient and Endangered Forests brand and boosting an Ancient Forest Friendly logo scheme that corporations can buy into and then brag about their environmental credentials. The media has got into the act as well, with journalists and bloggers slipping in the word ancient to describe forests or trees, with little or no consideration as to whether its use is appropriate or accurate.

Let me be very clear here. The cause of conserving and protecting the world’s remaining primary forests is commendable. And many of these forests are certainly endangered. I don’t have a problem with the cause. My objection here is to the hijacking of the meaning of the word ancient for emotional and commercial purposes, and to the media’s continued and inaccurate use of the word.

Because to most people, the word ancient means “old,” as in “really old.” And Canada’s forests are not old. When we look at the world’s trees, the oldest living species is the bristlecone pine of the southwestern United States at over 5,000 years old. There’s a yew tree in North Wales that’s supposedly 4,000 years old; and the Huon pines of Tasmania (Australia) clock in at about 3,000 years old. In tree-age terms, these are legitimately ancient.

North America’s trees and forests are pimply teenagers by comparison. In Canada, for example, the eastern white cedar and the Douglas fir are both capable of topping a mere 1,000 years. That sounds pretty impressive to relatively short-lived humans but in tree-age terms there’s no way those trees qualify as ancient.

Canada’s oldest trees grow primarily in two ecozones in British Columbia and Alberta, but these admittedly “old” trees collectively represent only 4 percent of Canada’s total forest population. In fact, most Canadian trees are less than 100 years old! To describe them, or the boreal forest as ancient, then, is [not accurate].

There’s another reason that Canadian scientists don’t like the use of the word ancient, especially as it applies to the boreal forest. According to Natural Resources Canada: “Scientists do not consider the boreal forest to be ancient because the forest itself is subject to ongoing natural disturbances (such as insect infestations and fire) that are part of an ecological cycle that renews the forest.” In other words, while the land the forests inhabit might be ancient, the forests themselves are not. There is no such thing as an ancient forest if it is continuously changing because of climatic and other disturbances.

Canopy’s own explanation of its Ancient and Endangered Forests brand doesn’t help much either. It cites three documents, but none of them defines ancient. One is titled “Endangered Forests” and goes into quite some technical detail about them, but ancient forests are neither specifically defined nor mentioned. Being endangered is quite different to being ancient. And being rare is not ancient either. Our sports champions have rare athletic abilities, but I don’t think they’d be too happy to be called ancient. It’s significant too, that the nonprofit World Resources Institute declines to use the word ancient, preferring the term old-growth.

When challenged recently on its use of the word ancient, Canopy claimed that “an ancient forest is not defined by the age of the individual trees.” Rather, Canopy said, ancient refers to the whole forest ecosystem. “For example, while boreal forest trees will grow up to be 80-200 years old, the forest ecosystem that has evolved there is over 8000 years old and vast swaths have never been industrially logged before. The evolved ecosystem of the boreal is older than the pyramids.”

So now we are talking about a whole forest eco-system that’s ancient, not just a forest. An underground fungi network, for example. What happens if a forest that’s been in place for several hundred years is logged? Does this damage an ancient subterranean network that has developed over centuries? Does the underground network have to start from scratch? We have no idea.

But if we accept this argument, doesn’t it apply to all trees? We shouldn’t log any trees because all trees have this possibility of an ancient connection? Same with the sea. The sea is definitely ancient, but most of the fish that live in it are not. Should we stop harvesting fish because the seawater they live in is ancient? Canopy doesn’t think so.

Some people will say what does it matter whether you call the trees ancient or old-growth or something else, they’re still being cut down, that this is just an academic pin-pricker of a debate. An understandable viewpoint certainly, given the emotions surrounding the conservation and protection of British Columbia’s remaining old-growth forests in particular. But telling the truth about Canada’s forests is important too.

Canopy continues to trot out stuff like “thousand-year-old-forests are being destroyed to make boxes” when, in fact, most Canadian trees and forests are less than 100 years old. Mugging and killing a 30-, 40- or 50-year-old person is bad enough. Mugging and killing a 94-year-old is infinitely worse on any social scale. Ancient is an emotional and fundraising multiplier. That’s why it’s there.