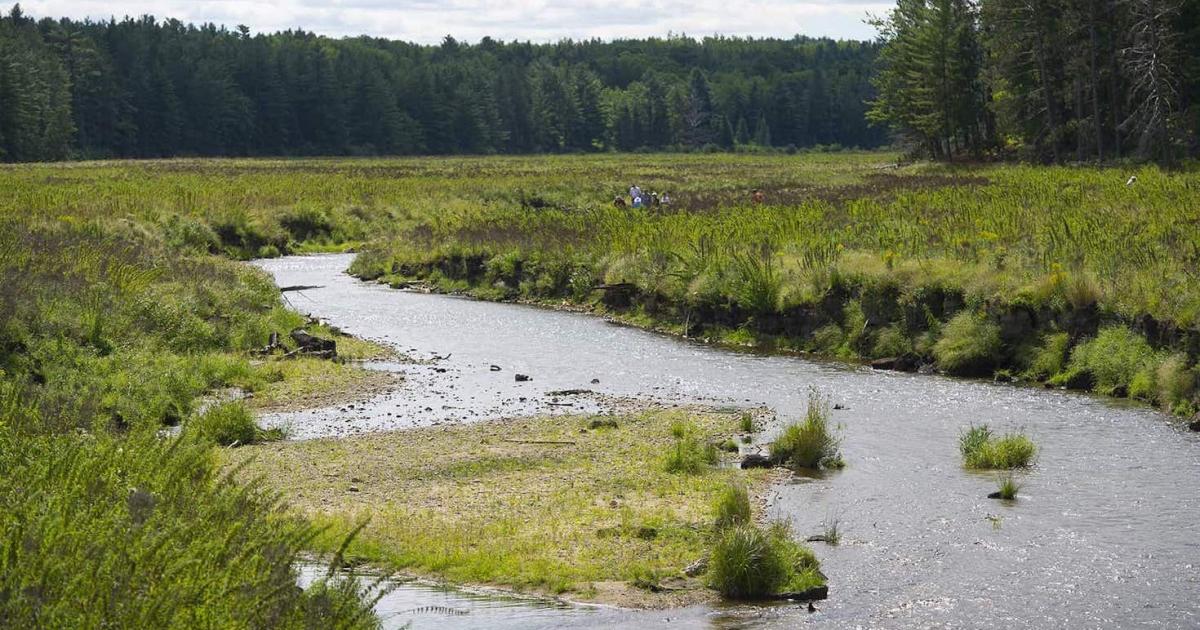 Last year, the global carbon offset market hit a record $851 billion, according to analysts at Refinitiv. But in the U.S., there are millions of acres that haven’t been available for carbon projects — located on federal and state land. Indeed, there are currently only two carbon projects generating carbon credits on state land; there are none on federal land.

In Michigan, the Big Wild Forest Carbon Project, started in spring 2021, became the first state land generating credits. Those have been promised to the Detroit-based energy company DTE. The pilot program by project developer Bluesource is on 100,000 acres of land in Pigeon River Country State Forest. It is generating the credits by switching the parcel to sustainable forest management techniques. According to the developer, that new plan harvests 35 percent less timber than the baseline management plan would have allowed over the next 40 years. (Neither the Michigan government nor Bluesource would confirm the price DTE is paying for the credits).

The second project was announced in early April in Washington state. There, the Department of Natural Resources will protect 10,000 acres, creating 900,000 carbon offset credits in the first 10 years. The first 2,500 acres have been identified in King Blackcomb, Grays Harbor and Thurston counties.

The Washington state government is partnering with a different project developer, Finite Carbon. The project differ in a few key ways. While Michigan is still planning to harvest some timber on the land, Washington has pledged not to harvest these lands at all in the future. What’s more, Washington has said it will use funds raised by selling the credits for schools that are part of the department of natural resources’ trust beneficiaries.

Not many private landowners have four million acres of forest. I think that creates a huge opportunity for the states to help fill the demand [for carbon credits].

In order to create a carbon credits program on state land, Washington state had to create a new innovative mechanism for assigning value to a forest product. According to Csenka Favorini-Csorba, senior policy advisor for climate and community resilience at the Department of Natural Resources, the state traditionally defines the value of forest materials in terms of how it is removed from the landscape as lumber.

So the government created a new leasing structure for these carbon projects that gives the lessee certain rights to the land. Under the new carbon project, the lease gives buyers the right to leave the trees standing and claim the revenue from the carbon credits created. Washington state will not sell the credits directly; it will work with a third party to identify companies interested. The credits for its first projects have not yet been promised to any buyer.

Unlocking the vast amount of state lands for carbon projects could be a huge win for the climate, if the projects are proved to be actually additional. Given how much land is available, some believe a shift of this nature could drastically change the supply and demand dynamics of the carbon market because project developers wouldn’t have to go individually from private landowner to private landowner to piecemeal together large amounts of acreage.

“Not many private landowners have four million acres of forest,” Strauss said. “I think that creates a huge opportunity for the states to help fill the demand [for carbon credits].”

So what does it mean to manage a carbon project on state land compared to private lands?

“Because we’re a state agency, we essentially can’t make the same arguments that a private entity would,” Favorini-Csorba said. “We have existing laws and conservation policies, so we can’t just make the argument that these forests could be parking lots tomorrow.”

According to Favorini-Csorba, that means state baselines for these projects can’t be some hypothetical worst-case scenario. They are based on real documentation for planned timber harvests.

“We’re generating fewer credits than a private entity might with the same type of project. But our calculation of additionality is much more robust. And because of that, we’re hoping to also see a higher price for these credits,” she said.

Bluesource’s Strauss said the same thing about the Michigan project. Its baseline calculations had to take into account what was permissible under the state’s general mandate for public land, which includes keeping parts of the forest standing for recreational and wildlife purposes. Unlike private land that could be leveled on the whim of one private land owner, public lands have government bureaucracy to navigate.

“We’re managing our state lands for gas and oil production, wildlife habitat, outdoor recreation,” said Scott Whitcomb, director of the office of public land in Michigan. “So now carbon is layered on top of that.”

We’re managing our state lands for gas and oil production, wildlife habitat, outdoor recreation. So now carbon is layered on top of that.

Washington and Michigan want to be a source of high-quality credits with strong additionality claims. “Buyers are legitimately concerned about the reputational risk of entering into a project that might not be robust,” Favorini-Csorba said. “I think our project represents the next generation of carbon projects that buyers can be really confident in.”

But reporting from Bloomberg Green challenges the claims that carbon credits on state managed forest lands will be of higher quality. According to public records and emails from Whitcomb obtained by Bloomberg, the Michigan government has assured timber companies that the carbon project will not decrease harvest rates. Whitcomb told GreenBiz that while harvests have been lower for the past few decades, they follow a boom and bust cycle where the trees are all cut at the same time. As we are currently in a growth stage for the trees, it is possible this is why Witcomb felt he can assure timber companies that there won’t be changes to the current level of timber harvesting. The carbon project is seeking to mitigate a large upcoming harvest.

“Our management seeks to flatten out those curves and extend [those cycles],” he said. “But it takes aggressive management.”

But Strauss told GreenBiz (with Whitcomb present on the call) that the new management strategy for the Pigeon River Country state forest does include a 35 percent decrease in harvesting.

Bluesource is also starting to work on a carbon project in Wisconsin. According to the Bloomberg story, forest managers there don’t expect changes to their timber management due to the carbon project — they are viewing the proposed credits as payment for previous good deeds. That’s exactly the problem: Programs of this natures are supposed to cause additional carbon sequestration.

Washington’s project, which proposed to end harvesting permanently, might be a more credible approach. But the same question persists: Were these lands ever going to be harvested anyway?