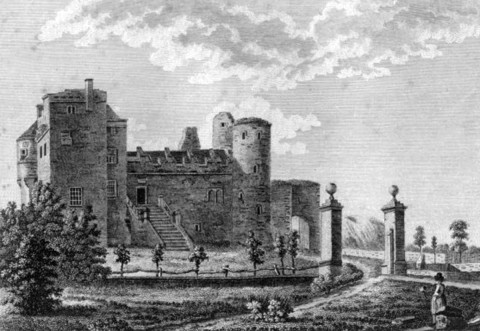 In late medieval Ireland they had terms of abuse for one another. ‘Englishobbe’. ‘Irishdogg’. So deep was the antipathy that one parliament was forced to legislate against such language. But this wasn’t the indigenous Irish and their Anglo-Norman colonisers abusing one another. It was the English born in Ireland and the English born in England – les Engleis nees en Ireland and les Engleis nees en Engleterre in the legal French of the day.

It is a small point, but it demonstrates the depth of the anxieties around settler identity and the processes of assimilation with which the legislation as a whole – better known as the 1366 Statute of Kilkenny – is obsessed. The statute tacitly accepts that, nearly 200 years after their invasion, the Anglo-Norman writ did not extend much beyond a handful of counties in Ireland – including what were later called the ‘four obedient shires’ of Dublin, Kildare, Louth and Meath. Everywhere else was without the law, as the Anglo-Normans conceived it. Native Brehon law was mere ‘bad custom’; to use it was treason.

Other treasonable activities included ‘alliance by marriage … fostering of children, concubinage or by amour’ between the English and the Irish. The English must ‘be named by an English name, leaving off entirely the manner of naming used by the Irish’; speaking Gaelic rather than English or failing to adopt ‘the English custom, fashion, mode of riding and apparel’ would result in attainder. It was forbidden for ‘any Irish minstrels, that is to say, tympanours, pipers, story tellers, babblers, rhymers [or] harpers … [to] come among the English’; hurling and quoits were outlawed in favour of ‘gentle games which appertain to arms’, that is, archery and such.

It became illegal for the Irish living among the English to speak Gaelic, even to one another.

The parliament of Kilkenny, which opened on 18 February 1366, had been summoned by the then 27-year-old Lionel of Antwerp, Duke of Clarence and lieutenant of Ulster, son of Edward III, who had been based in Ireland since 1361 in an attempt to shore up Anglo-Norman authority. He left, never to return, in November 1366, no doubt thinking his work was done.