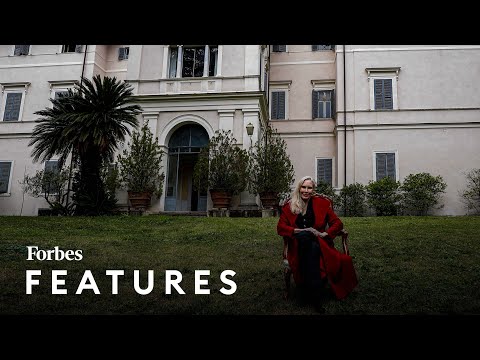 Villa Aurora, the 16th century mansion in one of Rome’s most expensive

neighborhoods that boats Caravaggio’s only known ceiling painting has failed to sell auction for the second time.

The villa was listed for €471 million when it was first put up for auction in January, an astronomical sum based on the valuation of art experts. The Caravaggio alone could easy run a hundred million plus even if it weren’t attached to a whole villa, so the exorbitant price tag didn’t seem incongruous. There were no takers, however, not even lowball opening bids. Total radio silence.

A second auction was scheduled for Thursday, April 7th, and this time the price would drop 20% to €377 million. Even at a discount, the Villa Aurora failed to attract a single bid, so the quarrelling heirs of the late Prince Nicolò Boncompagni Ludovisi are going to have to take it to the auction mattresses again on June 30th when the villa will be offered at auction for another 20% drop in price to €301 million. If there are STILL no takers at that point, the widow Princess Rita Boncompagni Ludovisi and the prince’s three sons from a previous marriage will have to agree to ANOTHER price drop.

The problem is that the American-born princess does not want to sell. Prince Nicolò’s will granted her lifetime rights to live on the property as long as she wanted to, and should she choose not to, Villa Aurora was to be sold at the proceeds divided between his wife and sons. The Boncompagni Ludovisi sons contested the will, disputing her lifetime right of occupancy, and a court decision forced the sale.

So the four parties who are responsible for negotiating a new price if June’s auction fails to attract bidders are not exactly on the same page here. Should they be unable to come up with a lower figure for the fourth bite at the apple, the judge will step in and decide the price.

According to Beniamino Milioto, the princess’s lawyer, interested parties will have to put down a 10% deposit to qualify to bid, plus proof of enough assets to close the sale and complete a restoration plan said to cost at least €10m.

Milioto said that while there had been multiple informal expressions of interest, including from Microsoft’s Bill Gates, nobody had completed the process of qualifying to bid for either round.

The villa and its property are under the protection of Italy’s ministry of culture, meaning that when a qualifying bid is filed, the Italian state will have a chance to match the price and turn the villa into a cultural site. A petition calling for this to happen has attracted more than 35,000 signatures, a level that requires the cash-strapped Italian government to consider the acquisition. But there is no indication a state purchase is in the works.

Whoever acquires the 40-room villa will become owner of a vast collection of art that goes beyond Caravaggio’s 2.75-metre fresco of the gods Jupiter, Neptune and Pluto. Its gardens include a sculpture by Michelangelo, and in the villa are other ceilings featuring frescoes by the baroque master Guercino and a spiral staircase created by the 16th- and 17th-century architect Carlo Maderno, best known for designing the facade of St Peter’s Basilica.

The villa also includes a telescope given to the Ludovisi family by Galileo and a door that was once part of an ancient Venetian warship.

BRB. Off to buy a Powerball ticket.