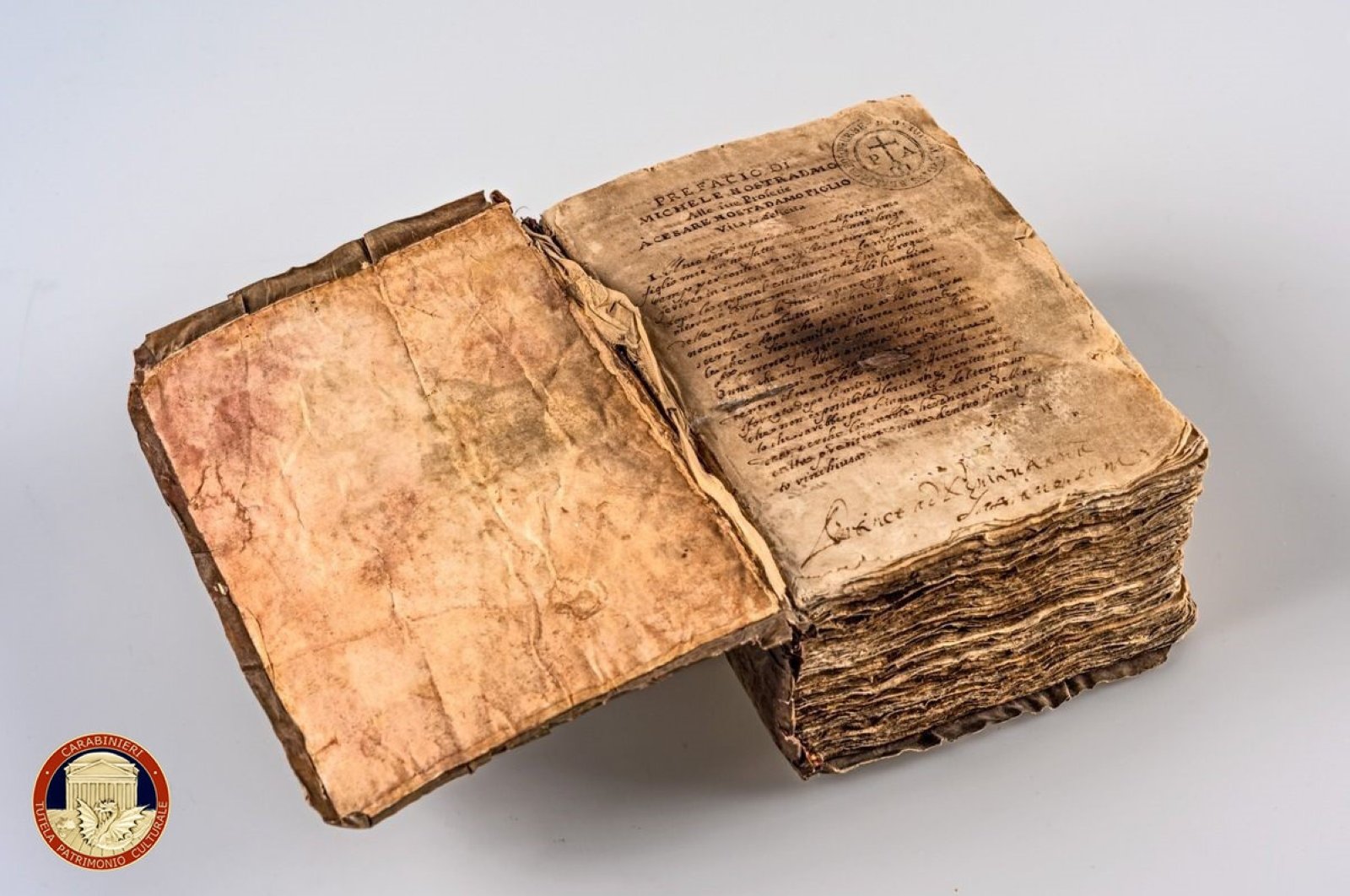 An extremely rare 500-year-old manuscript of the prophecies of Nostradamus stolen from a library in Rome more than 15 years ago has been found in Germany. It was officially returned to the library on Wednesday, May 4th.

The work, written in Latin, is entitled Profetie di Michele Nostradamo and contains the French physician’s collection of 942 quatrains ostensibly predicting future world events, many of them borrowed from ancient sources, the Bible and known history. The first printed edition was published in 1555. This manuscript dates to the same time.

The manuscript was rediscovered last year when it came up for auction in Pforzheim, Baden-Württemberg, with a starting price set at €12,000  ($12,630). The seller was an unnamed art dealer. Italy’s Carabinieri Art Squad spotted the manuscript in the auction catalogue in April 2021, days before it was scheduled to go under the hammer. One of the pages published in the catalogue bore the clearly visible stamp “Biblioteca SS. Blasi Cairoli del Urbe” dated 1991. Italian prosecutors reached out to German authorities to report the suspected theft and the lot was withdrawn from the auction. The Stuttgart police confiscated the manuscript and stored it until the repatriation process was complete. 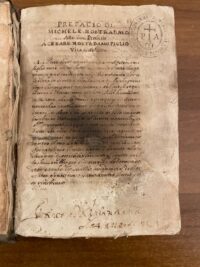 It is not known when exactly the volume disappeared from the library of the Barnabiti Center for Historical Studies, but its absence was first noticed in 2007. Italian and German police investigated the manuscript’s movements after it was stolen. It seems from Rome it made its way to Paris where it was sold at a book flea market. It then emerged in Karlsruhe before reaching Pforzheim and the auction house. The investigation is ongoing and the seller has not yet been charged with anything.