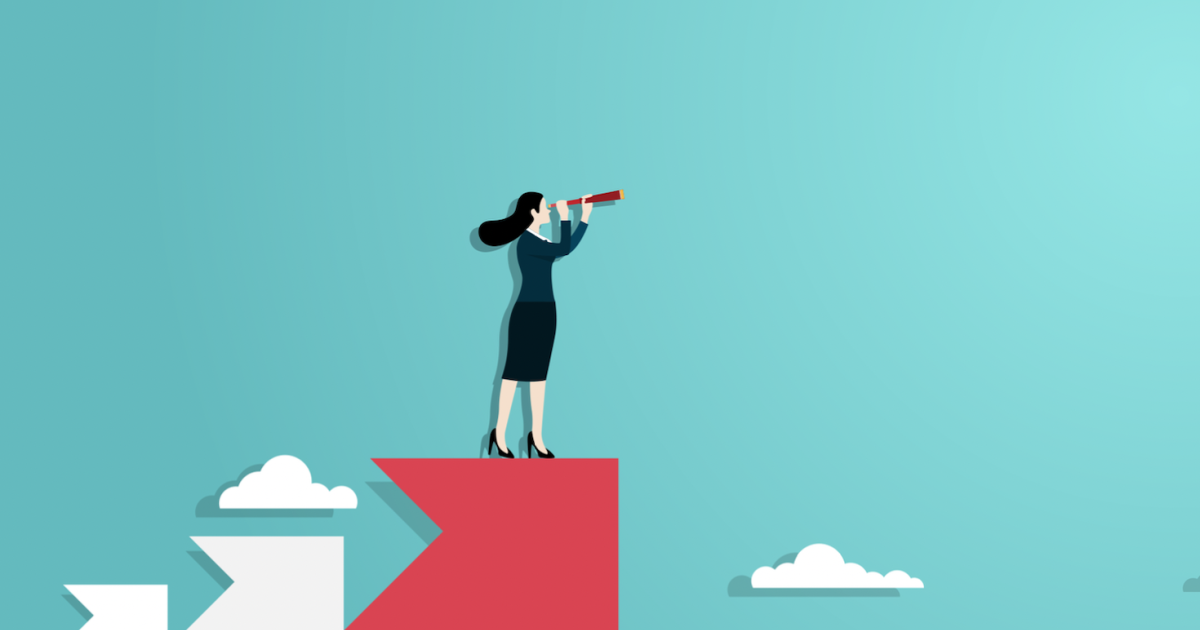 Set against a backdrop of increased alarm and urgency around the global transition to net zero, the last year has been something of a tipping point for sustainability as a business priority, with many cross-sector organizations making climate pledges for the first time. In tandem with this, we’ve witnessed the meteoric rise of the chief sustainability officer (CSO), a role widely considered pivotal to the growth and survival of a business. As well as the clear impacts this trend will have on decarbonization progress, I believe it will act as an elevator for women to access the board room.

The COVID-19 pandemic underscored the importance of building resilience as a core part of business strategy, and the need to be able to mobilize and adapt in the face of systemic risks. It’s not surprising that many organizations are applying these learnings to the climate crisis, creating a step change in engagement with climate issues. Action on sustainability has quickly become a determinant of success for companies; it has been given board-level priority, and in conjunction, so too has the role of the CSO.

The CSO role has evolved vastly in the last decade. Up until a few years ago, it was generally excluded from the boardroom and key decision-making, buried two or three tiers down or limited to heading up sub-committees. Now, it is seen as essential to shaping the strategy and future of businesses. In 2020, the number of CSOs across Fortune 500 companies rose to 95 growing by more than 228 percent since 2011. Last year alone, 31 Fortune 500s appointed their first CSO.

Increasingly operating at C-suite level, we’re seeing CSOs often reporting directly to the CEO. They play a vital role in rethinking operations, strategy, culture and leadership, connected to all parts of the business; sustainability affects every sector and business function, so the access and visibility CSOs are getting is huge. Externally, they’re the people getting grilled about a business’s plans and actions, and internally, they’re having to define and promote corporate purpose to employees.

Unlike other C-suite positions, the CSO role is new and non-traditional, and no specific set of credentials is required for success

The role is anything but straightforward. CSOs need to build strong relationships to deliver change and show grit and persistence to capitalize on the momentum we’re gathering on climate action. Put simply, they have to be future-focused leaders. As CSOs become essential to the future of companies and hone the skills needed to succeed, they are being equipped to step into CEO positions, a trend I suspect we could start seeing over the coming years.

Compounding this as a route to leadership, women are advancing in sustainability at a much faster rate than other business areas. Female representation in CSO roles in the U.S. rose to 54 percent in 2021 from 28 percent in 2011. In part, we can put this down to women’s behavior as consumers and investors showing they are, on average, more concerned about climate change than men. Research shows that women are the most likely change makers for climate action in economic areas from corporate leadership to product development.

But crucially, unlike other C-suite positions, the CSO role is new and non-traditional, and no specific set of credentials is required for success. This means the path to leadership can be much more varied and inclusive. Jobs in this area also involve engagement with diverse stakeholders, so it follows that hiring managers would look for people with diverse experiences and backgrounds.

Ultimately, the role of businesses in society is evolving, and customers and investors are demanding that they play a more active role in social change. If companies are serious about climate goals and making progress towards net zero, then sustainability must become a core part of their strategy, business model, value proposition and culture. Company structures will have to change, and with this, a new pathway for women to the top is emerging. The rise of the CSO is creating more seats for women at the table. As climate action is accelerated, so too should gender diversity in leadership, and I expect to see each element pushing the other forward.