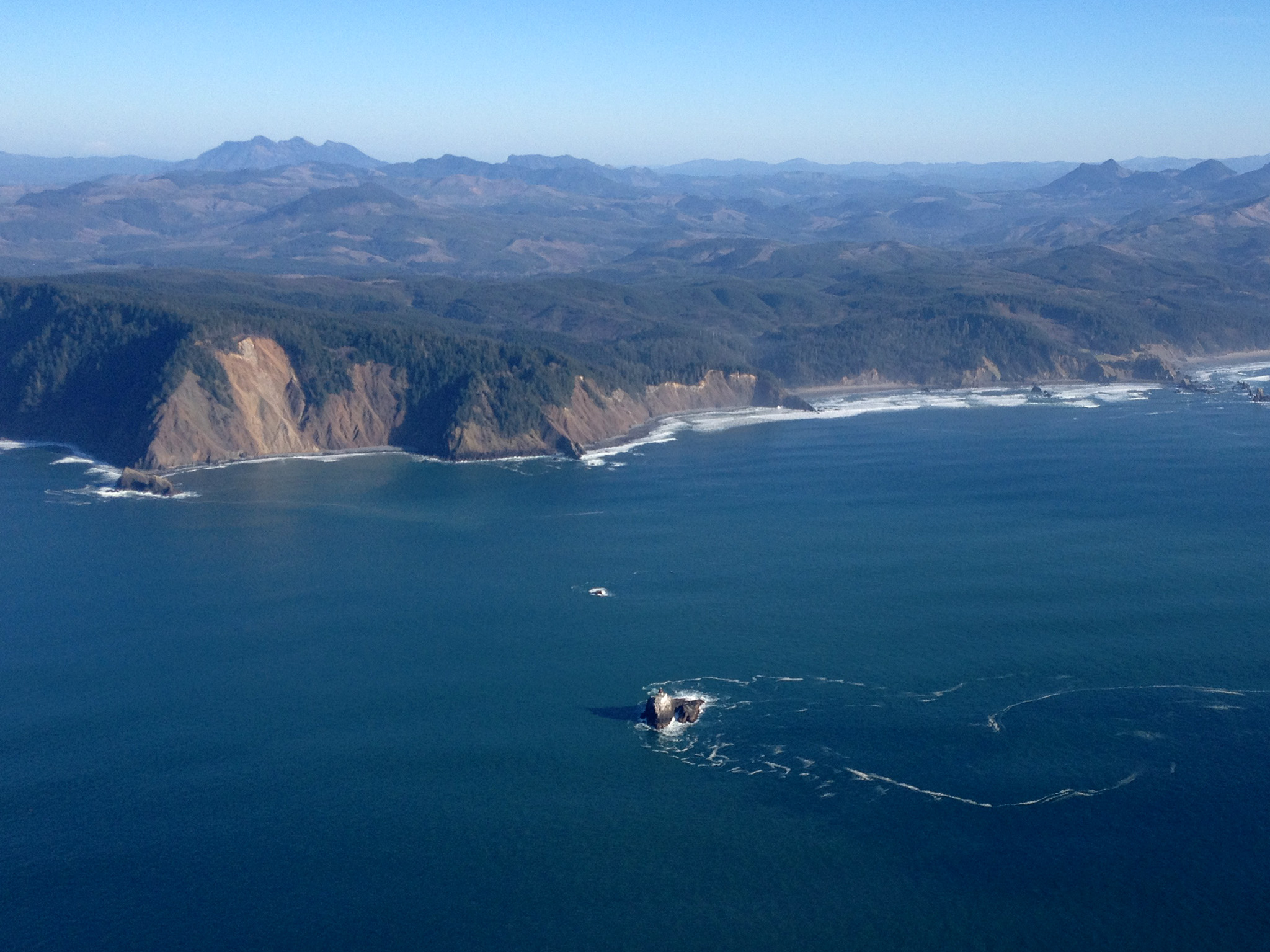 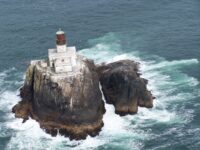 Tillamook Rock Lighthouse off the north coast of Oregon is perched on a storm-tossed rocky island that can only be reached by helicopter. It is covered in bird guano and sea lion excrement and the windows are all boarded up. The sea lions have knocked down the door. The interior is being used as a columbarium, a depository for human cinerary remains, including those of the parents of the current owner. It is a National Wildlife Refuge and cannot be visited during nesting season from April to September. And all of this can be yours for $6.5 million.

Terrible Tilly, so dubbed for its terrible storms and dangerous navigation conditions, was commissioned by Congress in 1878. Construction on the remote basalt stack in the middle of stormy seas was challenging, and the lighthouse took a year and a half to build. One man, a surveyor, was swept out to sea and drowned in the planning stage, cementing Tilly’s Terrible reputation before the first brick was laid.

The first-order fresnel lens was first lit on January 21st, 1881. By the time it was decommissioned in 1957, it had become the most expensive lighthouse in the United States to operate. Tilly then passed into private ownership, changing hands several times. It was acquired by the Eternity at Sea Columbarium in 1980, but they lost their license in 1999 for violations including proper storage.

Legal difficulties notwithstanding, the columbarium is still the crux of the sales pitch.

The plan is for the lighthouse to appeal as an alternative to scattering cremated remains at sea, by encasing them in titanium urns in a bank of niches.

David Adams, a funeral business consultant with the Johnson Consulting Group in Scottsdale, Arizona, who is brokering the sale, is aiming for an official pitch by Memorial Day.

“It’s going to have to take somebody with an entrepreneurial spirit,” he said.

The cremation rate in the United States was low when Morissette, a 77-year-old Oregon resident with a background in real estate development, purchased the lighthouse over four decades ago. The rate reached 56% in 2020 and is rising, the Cremation Association of North America said.

“I find it intriguing some people still like the romance of scattering ashes at sea: ‘Dad’s out in the ocean and Mom’s still floating with sharks,’” Adams said.

“Although romantic in many regards, it is somewhat final. There is no real place to focus on, to go back and memorialize,” he said.

The lighthouse, he added, “gives them a specific focal point.”

Well yes, but a specific focal point that can only accessed half the year and then only by chartering a helicopter. On the other hand, what a view: 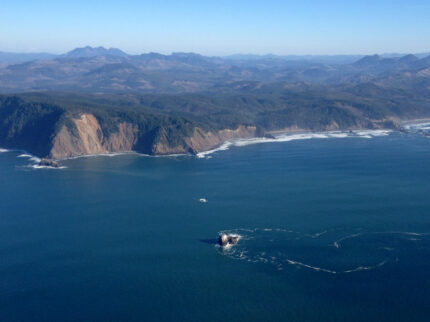