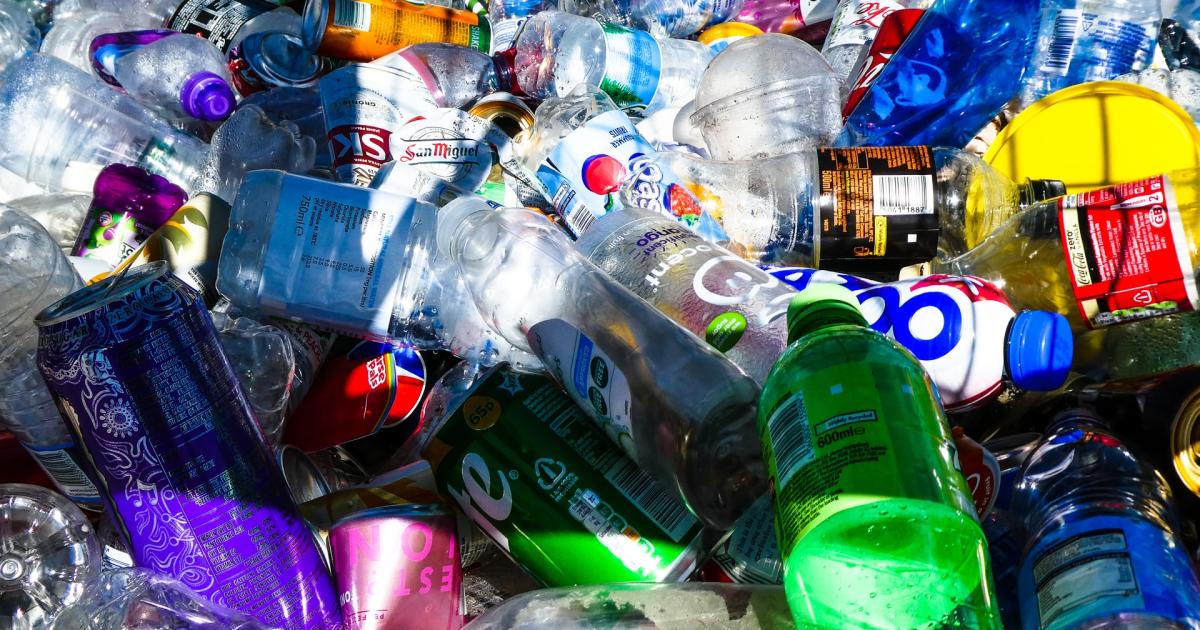 Last year was a reckoning for companies racing the clock to meet their 2025 sustainable packaging goals. In the U.S., states passed groundbreaking legislation to help repair the broken recycling system and to move companies faster on their commitments.

As David Allaway, a senior analyst at the Oregon Department of Environmental Quality (DEQ), told GreenBiz, “It’s time to acknowledge that that we have waste problem. The recycling system is not delivering the environmental benefits it’s capable of, and in some cases is actually causing environmental harm — and all of these problems can be fixed with a shared responsibility approach.”

2021 also saw progress, even as the coronavirus continued disrupting supply chains and the recycling industry. The use of virgin plastic in packaging peaked after decades of growth among signatories to the Ellen MacArthur Foundation’s (EMF) Global Commitment. Reuse and refill approaches continue to grow, albeit slowly.

Will that momentum continue in 2022? Here are some trends to keep an eye on:

Long established in Canada and Europe, extended producer responsibility (EPR) finally reached the U.S. in 2021. Oregon and Maine passed laws requiring manufacturers to help fund the collection and processing of packaging, while other states such as New York, Washington and California came close.

We are buying products because we are being fooled by the labels to think that they are recyclable, biodegradable…

Maine and Oregon take different approaches, but both laws require companies that sell packaged goods in their states to join a producer responsibility organization (PRO), pay membership fees and report the quantity and types of packaged products they sell. Oregon’s law additionally requires the 25 largest producers to periodically evaluate and disclose the lifecycle environmental impacts of a fraction of their portfolio. Maine’s law goes into effect in mid-2024; Oregon’s follows in mid-2025.

Both states cover packaging material regardless of whether it’s recyclable. “That’s really important because it’s the non-recyclable stuff that’s creating some of the challenges for the recycling system,” said Allaway.

Oregon’s law will infuse badly needed cash, about $82 million a year, into the state’s recycling system, to help municipalities solve long-standing challenges. But as to whether it will incentivize companies to develop more environmentally friendly packaging, Allaway said, “There will be a price signal here, but we don’t think it’s going to be a very loud signal.”

California, New York, Vermont and Connecticut may move next in 2022. California legislators are “understanding just how far behind we really are, and they want to catch up,” said Heidi Sanborn, founding director of the National Stewardship Action Council and chair of California’s Statewide Commission on Recycling Markets and Curbside Recycling.

Meanwhile, globally, eight national governments in EMF’s Global Commitment set or are planning to implement EPR policies by 2025, including the Netherlands, the United Kingdom, Rwanda, New Zealand, Chile, Peru, France and Portugal, according to Lily Shepherd, program manager for the Global Commitment and strategic engagements in the New Plastics Economy at the foundation.

“I think truth in labeling is the absolute crux of the issue as to contamination and the mess in our markets,” said Sanborn. “We are buying products because we are being fooled by the labels to think that they are recyclable, biodegradable…because there is no federal standard that has any sort of enforcement.”

Producers have two years to fix their labels in accordance with the new law, and what it defines as recyclable. California will audit what is coming into processing facilities and what is getting baled and shipped out.

A national bottle bill is also being discussed as waste and recycling trade groups signal their support, Sanborn told GreenBiz.

3. Stepped up action to get toxics out of packaging

“The circular nature of the recycling economy may have the potential to introduce additional chemicals into products,” warned a recent EPA study after finding greater amounts of fragrances, flame retardants, solvents, biocides and dyes in products made from recycled materials.

Meanwhile, Washington, California and Maine joined the growing list of states passing legislation to ban or phase-out per- and polyfluoroalkyl substances (PFAS) in food packaging (and other products). Nationally, a bipartisan bill was introduced that would ban PFAS from food containers.

As more retailers such as McDonald’s announced PFAS bans, new tools are emerging to guide them in making safer packaging choices. The Center for Environmental Health and Clean Production Action released a GreenScreen Certified Standard for Food Service Ware, providing a safety standard for disposable plates, bowls and other foodware to ensure that they don’t contain PFAS or thousands of other toxic chemicals.

“This new standard can really help retailers, manufacturers and formulators ensure the safety of alternatives when transitioning away from PFAS, phthalates or other chemicals of high concern,” said Mike Schade, director of the Mind the Store campaign.

While PFAS have galvanized attention, they are the tip of the iceberg. Microplastics are emerging as another serious health concern, as they turn up everywhere, in our food, water and air — and even in the placenta of unborn babies. Consumer demands for safer packaging (and other consumer goods) will likely grow as scientists link these pollutants to harms from brain cancer to reduced fertility.

“There’s nothing about a circular economy that’s going to work if we continue to poison ourselves … over and over again,” Sanborn, noted bluntly.

4. A more holistic approach to packaging

Packaging stakeholders say they want to move the sustainable packaging conversation beyond more and better recycling, better single-use products, or the best material to use.

“The tragedy of what’s happening in this field is it’s all about recyclable to the exclusion of low impact,” noted Allaway. “It’s widely believed that if a package is recyclable or compostable, it is more sustainable.”

“If what we care about is the climate impacts of consumption, we need to look at [packaging] more holistically,” said Goldberg. The Understanding Packaging (UP) Scorecard, created by a new collaboration of food service companies and environmental NGOs called the Single-Use Material Decelerator will help on that front. The scorecard, currently in beta, is an online tool for evaluating the full suite of environmental and human health impacts of foodware and food packaging.

For Matt Prindiville, executive director at Upstream, a nonprofit focused on reuse and refill solutions, a more holistic approach means thinking about packaging not as a product, but as more of a service and designing reusable, refillable supply chains.

Reuse pioneers Algramo and Loop continued to expand in 2021. Algramo raised $8.5 million in a Series A round to help finance its expansion into Jakarta, New York, Mexico and London.

Loop is also going strong, with in-store operations in the U.S., Canada, U.K., France and Japan. Its reusable container services are offered in top grocery stores in Japan, France and the U.K., and will be offered in Kroger, Walgreens and Burger King in the U.S. next year.

What’s more, in-store operations are scaling up, according to Tom Szaky, CEO of TerraCycle. “At this point, our partners are not asking, do consumers care?” he said. “Now it’s about more stores and more products. It’s an exciting phase that we’re entering into.”

Refill strategies are advancing in the beer industry. In Ontario, for example, 85 percent of the beer sold is reuse refill. In the U.S., the Oregon Brewers Association has a refillable beer bottle program with the 12 largest microbreweries in Oregon, while Climate Pledge Arena in Seattle is introducing reusable beer cups.

Beyond those bright lights, however, progress is slow. Shepherd of EMF said that while the foundation saw a 50 percent increase in reuse pilots last year, the pilots are small-scale efforts in one or two markets, or one or two product lines. “It doesn’t look very ambitious,” she said. What’s more, the overall proportion of reusable packaging among Global Compact signatories remains extremely low, at less than 2 percent.

The biggest barrier “is a lack of vision,” said Prindiville. To accelerate progress, Upstream is releasing software next year that will enable food service companies to plug in the existing single use products that they’re procuring, get some baseline cost and environmental data on those products and compare them to reusable products.

Reuse and refill targets may be added into state EPR legislation to spur momentum, and the European Commission plans to unveil new reuse refill targets in April as part of its Circular Economy Action Plan, according to Prindiville. France already set a target to decrease single use plastic packaging by 20 percent by 2025, of which at least half must come from the reuse of packaging.

For Kate Daly, managing director at Closed Loop Partners, the reuse/refill future is all about interoperability, continued experimentation and collaboration. Closed Loop’s testing of four reusable cup systems across nine stores in California found a key concern is consumers encountering a different reuse system in each store they frequent.

Collective action among competitors is very much part of a strong future ahead of us.

Daly further noted, “There is no successful refill model without a very high recapture rate,” and that means continued work experimenting with programs that work for customers and retailers alike.

“Collective action among competitors is very much part of a strong future ahead of us,” she added. “[There’s also] the need for more transparency around data so that we can … all go in a direction that aligns with operational reality to retailers and preferences for customers.”

2022 will be all about accountability, Goodrich of the Sustainable Packaging Coalition told GreenBiz. “I mean, we’re that much closer to 2025,” she noted, adding that Ubuntoo’s score card for benchmarking company progress on key metrics towards 2025 goals is a “brilliant” tool for facilitating action.

Szaky also wants to see the rubber hit the road. He said he’s observed only one company, Tesco, make the “painful” decision to stop selling certain packaging types with high impacts, even though it meant lost revenue.

“I still don’t see a fundamental shift away from the mantra of a corporate saying, ‘I will do sustainability actions if it benefits my bottom line right away,’” he said. “I haven’t seen [such] sacrifice-based sustainability decisions yet and those are the ones I’m watching for. That’s the magic that’s going to change our world.”