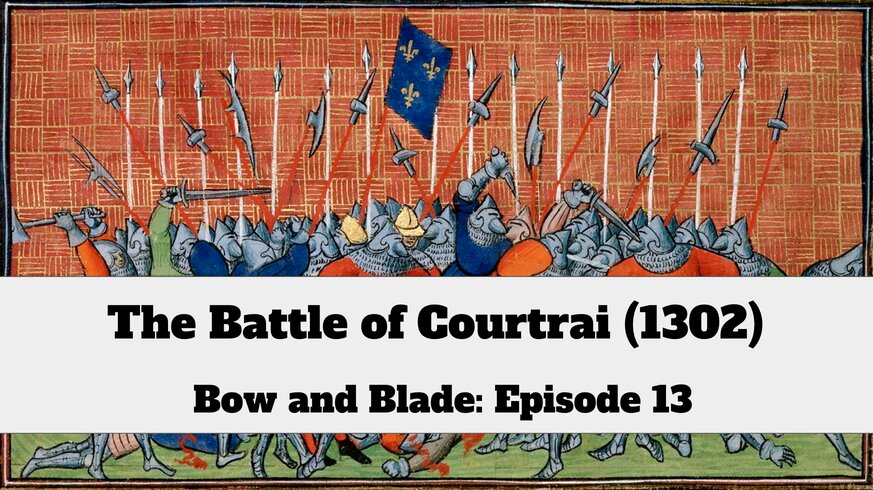 Also known as the Battle of the Golden Spurs, it would see the people of Flanders defeat a French army in the year 1302. In this episode of Bow and Blade, Michael and Kelly look at the battle and war behind it, and how the Flemish infantry could stand up to the French cavalry.

See also: The Battle of the Golden Spurs (Courtrai, 11 July 1302): A Contribution to the History of Flanders’ War of Liberation, 1297-1305, by J.F. Verbruggen, and translated by Kelly DeVries