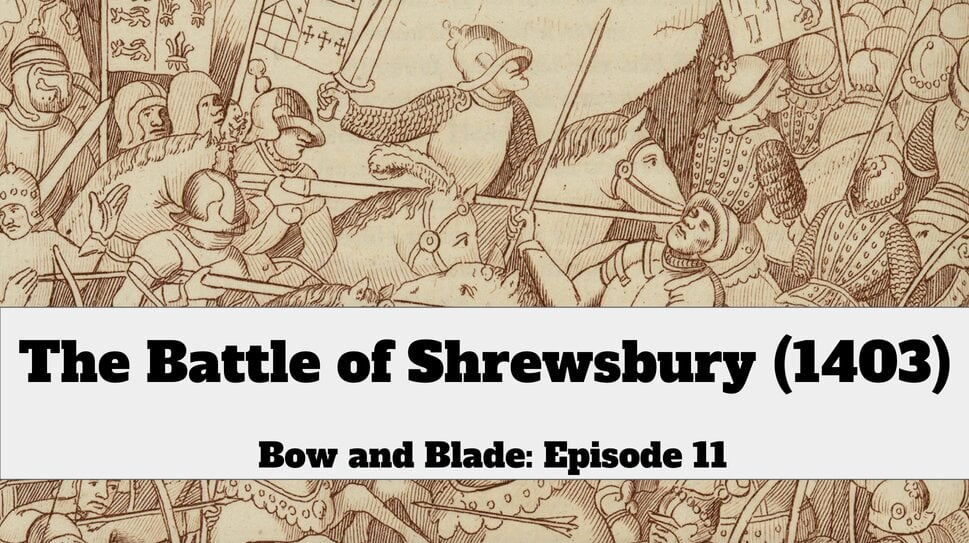 King Henry IV would face a major threat from within England, led by Henry “Harry Hotspur” Percy. Percy’s rebellion would culminate at the Battle of Shrewsbury, fought on 21 July 1403. How did this battle unfold, and how did Prince Hal survive an arrow to the face?

See also their book Medieval Warfare: A Reader, published by the University of Toronto Press.

You can also help support the podcast and Medievalists.net through our Patreon – go to https://www.patreon.com/medievalists to learn more.

Top Image: Battle of Shrewsbury, an illustration from Pennant’s ‘A tour in Wales’, 1781 – Wikimedia Commons