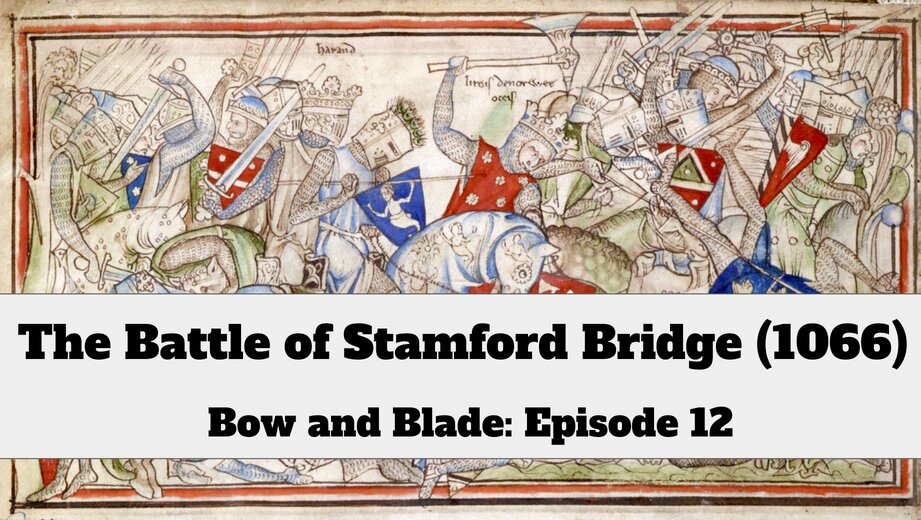 King Harold Godwinson of England would see his country invaded by army led by his brother Tostig and King Harald Hardrada of Norway. In this episode of Bow and Blade, Kelly and Michael discuss the Norwegian invasion of 1066, which culminated at the Battle of Stamford Bridge.

You can learn more about the Battle of Stamford Bridge through their new book 1066: A Guide to the Battles and the Campaigns. See also Kelly DeVries’ book The Norwegian Invasion of England in 1066.

See also: The Battles of Fulford and Stamford Bridge