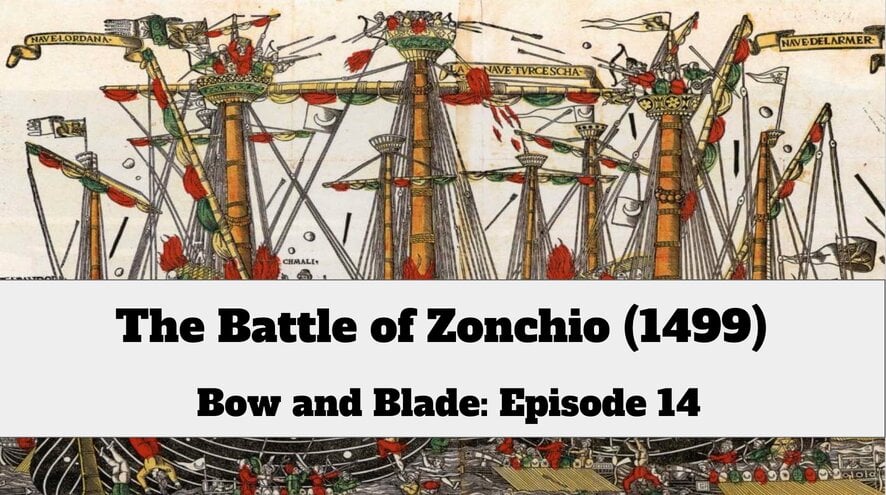 In the first naval battle covered by Bow and Blade, Kelly and Michael discuss the Battle of Zonchio, fought on four separate days in August of 1499. The Ottoman and Venetian fleets fight off the coast of Greece in the Ionian Sea to determine who would control the waters of the eastern Mediterranean.