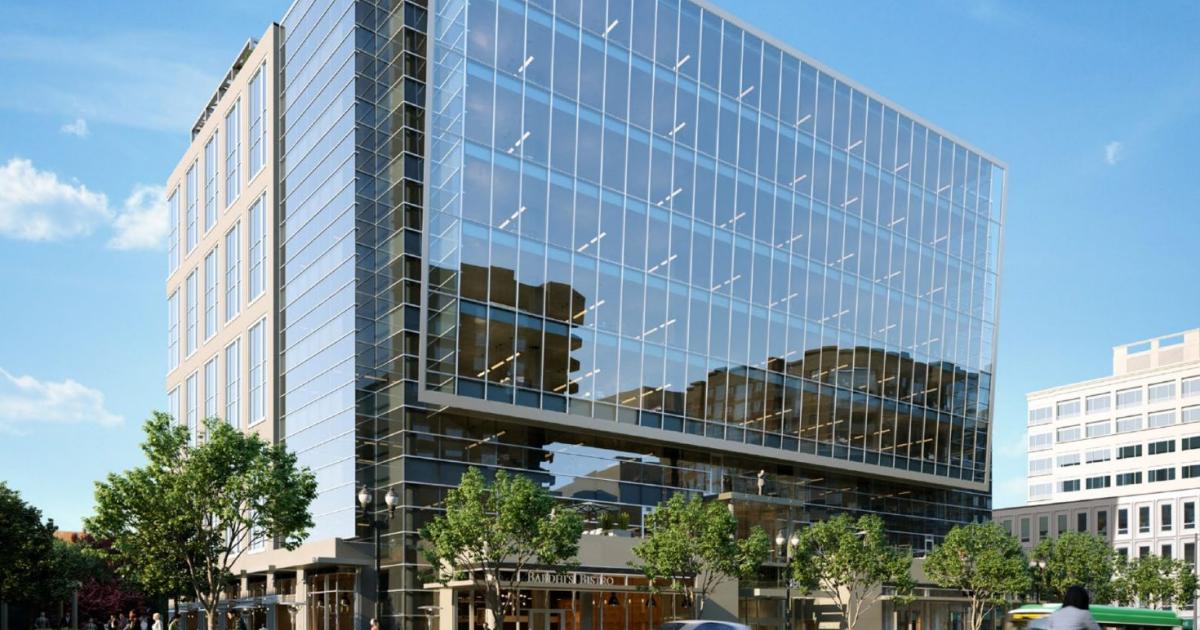 The building of the future doesn’t burn natural gas or use coal-powered electricity. It harnesses renewable electricity, efficiency, clean heat, energy storage and other technologies to keep the lights on and keep occupants comfortable without putting any more planet-warming carbon dioxide into the atmosphere.

But even if that clean-running building of the future were erected today, its construction would still generate plenty of CO2 — much of it from the production of concrete, steel and other materials. This often overlooked source of carbon can account for more than half of a new building’s lifetime emissions, according to a report from the World Business Council for Sustainable Development and the design and engineering firm Arup.

“As we’ve gotten better and better at reducing operational energy use, it’s made it very clear that there’s this whole other chunk of the problem,” says Scott Schneider, a principal at the engineering firm Thornton Tomasetti. Now, leading industry players are taking aim at this carbon “embodied” in the built environment — and finding that small changes can yield outsized results in a sector that accounts for almost 40 percent of carbon emissions today.

In recent months, major firms including Arup and the construction and development firm Skanska USA have announced new commitments to measure or collect estimates of the embodied carbon in their portion of building projects. Those measurements are a necessary first step to build awareness of low-carbon alternatives and steer the buildings sector toward a net-zero future. “Everyone has design rules of thumb that they’ve built up over years of experience,” says Erin McConahey, a principal at Arup. “In embodied carbon, nobody has any of that intuition.”

Those measurements are a necessary first step to build awareness of low-carbon alternatives and steer the buildings sector toward a net-zero future.

The new commitments add to growing momentum within the industry, as firms and professional societies begin to lay the foundation for a truly carbon-neutral built environment. The SE 2050 Commitment, an initiative launched in 2020, challenges structural engineers to eliminate embodied carbon in their projects by 2050. Firms including Thornton Tomasetti, Arup and Walter P. Moore have signed on to the commitment and submitted action plans outlining how they will get there.

Policymakers are taking note, too. Marin County, California, enacted a low-carbon concrete building code in 2020. Concrete and cement are frequent targets for emissions cuts, as cement production accounts for 8 percent of global CO2 emissions. New York passed a law last year to tilt state procurement contracts toward low-carbon concrete. Colorado also passed “Buy Clean” legislation in 2021 to help drive the use of low-carbon materials in state-funded projects. The Biden administration recently announced its own “Buy Clean” initiative for federal purchasing, and several states are considering their own legislation.

Although building materials account for a large share of greenhouse gas emissions, shining a light on this underappreciated problem reveals opportunities for steep reductions. In announcing its decision to invest in assessing the embodied carbon of new construction projects, Skanska cited research that came out of its partnership with RMI that showed that as much as 46 percent of embodied carbon can be slashed at little to no cost.

“The study was one of the groundbreaking efforts in trying to get the word out there and show proof to people,” says Steve Clem, Skanska USA’s senior vice president for project planning services and head of sustainability for the firm’s U.S. buildings group. The decision was also supported by Skanska’s internal research using the Embodied Carbon in Construction Calculator (EC3), which allows users to compare the carbon footprint of different materials. “It’s really validated that data in construction is much more important than we ever thought,” Clem says.

As the industry begins to consider embodied carbon alongside other measures of building efficiency and performance, firms are creating and sharing new tools and resources to enable carbon-smart decisions. “A big part of it is education,” says Amy Seif Hattan, corporate responsibility officer at Thornton Tomasetti, which has been conducting embodied carbon assessments for nearly a decade. Firms are creating internal resource libraries to educate their staff, hosting summits and sessions on embodied carbon and releasing tools such as EC3 (co-created by Skanska) and Beacon (developed by Thornton Tomasetti) that anyone can use.

Embodied carbon is well on its way to becoming a key metric of building performance.

“For structural engineers that are not used to this topic, we have to educate ourselves,” says Thornton Tomasetti structural engineer Michael Cropper. “But we also have to make evaluating it and measuring it as easy as possible. Then we’ve got opportunities to make changes and right away see the impact.”

With embodied carbon measurements in hand, project teams can advise clients on potential opportunities to make more climate-friendly choices. For a structural engineer, that might mean focusing on the structure and building façade, which are material-intensive and carbon-heavy. “We’re specifically interested in the carbon emissions related to the decisions we help make,” Arup’s McConahey says. “As an outcome of our professional services, we can start advising clients on how they can start decarbonizing in this systematic way.”

Some clients are already looking to reduce the total life-cycle emissions of their buildings, whereas others might not be aware of the carbon-saving choices available to them. “We now have our resources in line so we can educate clients on this even if they don’t ask for it,” says Thornton Tomasetti’s Hattan.

A simple but transformative aspect of the new industry commitments is that by assessing the embodied carbon of their projects, firms are encouraging their suppliers to provide more data. That data often takes the form of Environmental Product Declarations (EPDs) — essentially nutrition labels for materials. “When we go in to talk to vendors about their products, the vendors are beginning to say, ‘We have an EPD,’ or our parting comment is, ‘Make sure you get in and complete an EPD,’” says Skanska’s Clem. The project team can then compare EPDs using a tool such as EC3 to find the lowest-carbon product that meets the needs of the project and the client.

By signaling demand for low-carbon products, industry heavyweights can help accelerate the transition to a net-zero future for buildings. In the Puget Sound area, Skanska is already seeing the market react in real time as the firm prioritizes low-carbon concrete. The overall greenhouse impact of concrete mixes in the area has dropped by 18 percent in one year, according to Clem, without those mixes coming at a premium.

With increased demand for transparency, embodied carbon is well on its way to becoming a key metric of building performance. And by elevating carbon to be a key factor in what gets bought and what gets built, industry players and policymakers can use their influence and purchasing power to reshape the marketplace. “There’s the initial awareness,” says Clem, “but there’s also what we hope is continued downward pressure on embodied carbon in a way that would mimic low-VOC paints, or lead-free materials, or any other construction material that has been effectively phased out because its substitute has reached similar price and performance.”