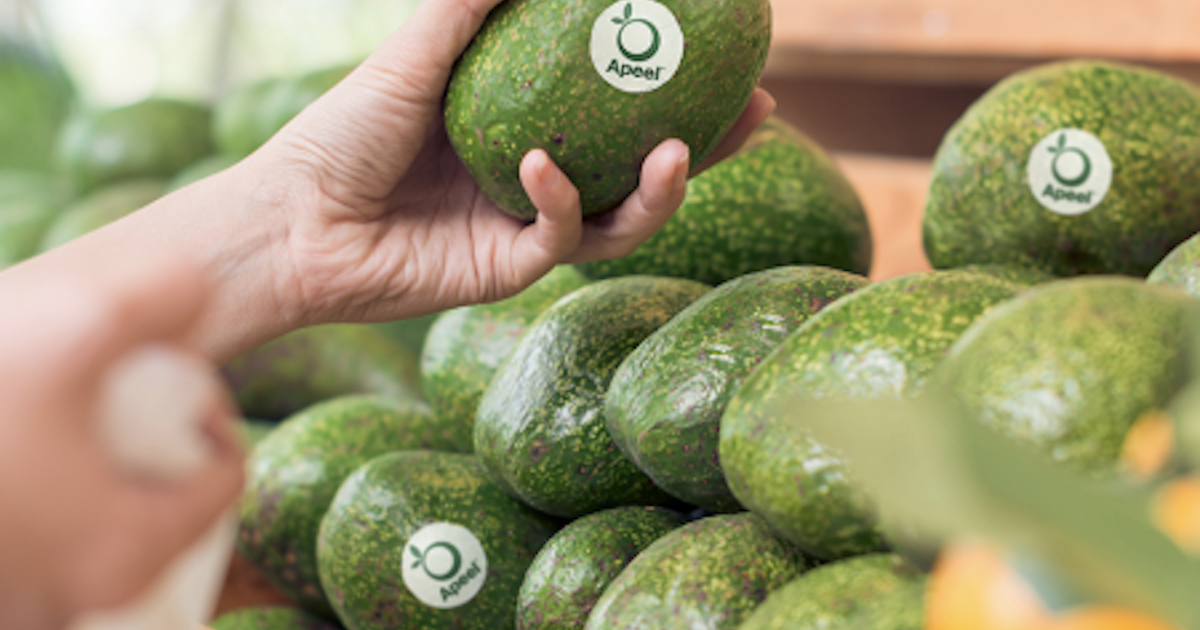 In 2021, climate tech startups raised an unprecedented $39.2 billion from 1,400 investment firms. The earliest-stage rounds — Seed and Series A investments — accounted for 60 percent of the deals, indicating a wave of new decarbonization-focused startups. However, as the theme attracts intense interest, investors are also recognizing the unique challenges of scaling climate tech.

Venture capitalists (VCs) sometimes refer to the “valley of death” for startups, meaning the period during which companies burn through funding as they begin operations but have yet to turn a profit. This concept is particularly descriptive for climate tech because of the enormous amounts of capital that decarbonization technologies require.

VC firms typically prefer startups in sectors such as software, where investors appreciate low capital intensity (meaning less spending on expensive assets such as physical equipment), high profit margins (meaning more profit as a percentage of revenue), and exits (via public offerings or acquisitions) after only a few years. In contrast to software, most climate solutions, such as solar panels and batteries, are “hard” tech.

“The amount of capital that is needed for this kind of tech, and how long it takes, poses a meaningful challenge to the venture community,” said Richard Kauffman, who served as the first “energy czar” of New York state. “It has been very difficult to get capital to support a company through that valley of death.”

In a working paper, Kauffman defined the climate tech valley of death as “the period of time needed for a company to go from a pilot plant to achieve sufficient scale and costs in manufacturing to reach commercial viability.” This period is sometimes broken down into smaller valleys, including the challenge of creating a technology’s pilot demonstration and its first commercial plant. In addition to crafting New York state’s energy finance and innovation policy, Kauffman chairs Generate Capital, a leading sustainable infrastructure investment firm that has helped commercialize low-carbon technologies.

The valley of death is often cited in post-mortems of the last sustainable VC boom, referred to as “Cleantech 1.0.” From 2006 to 2011, investors allocated $25 billion toward climate-focused startups. However, rather than achieving the double-digit annualized returns that VCs typically target, investors lost half of that $25 billion.

“With venture capital, you’re expecting one out of 30 of your companies to become a massive billion-dollar company and return your fund,” explained Kimberly Zou, an investor at Energy Impact Partners and cofounder of the newsletter Climate Tech VC. “And within [Cleantech 1.0], it was really hard to find examples of that.” Since the standard VC template did not work for climate tech, the share of capital that VCs allocated to clean tech fell from around 16.8 percent in 2011 to 7.6 percent in 2016.

Kauffman explains in his working paper that the most significant challenge of Cleantech 1.0 was that VCs could not scale hard tech as cheaply and quickly as software. This time around, if climate tech startups are to succeed, the early-stage investment frenzy requires adequate follow-on funding that can sustain capital-intensive companies as they scale.

“Growth investors, which are the ones that provide the scale-up capital, are willing to take either market or technology risk, but not both,” said Kauffman.

Accordingly, governments can drive climate tech investment through policies such as carbon prices and tax credits, which create end markets for low-carbon products. “If investors really felt that there was going to be a market for the product, then you would expect — and you are already seeing — growth investors coming in,” Kauffman explained. European countries and progressive U.S. states such as California have played a key role in creating markets so far.

Corporate commitments can also strengthen the market for low-carbon products. “Just speaking personally, I have little faith in the ability of mandates and price support subsidies to solve the problem,” said Matthew Nordan, who helped start a 501(c)(3) public charity focused on filling gaps in climate finance, Prime Coalition, and is one of three general partners at an associated fund, Azolla Ventures. “I’m kind of jaded, but I think there’s a totally different force: corporations are stepping in and doing what governments have found challenging to do.”

The current wave of climate tech startups includes some major success stories. Chief among these winners is Tesla, the electric carmaker whose valuation has soared to more than $1 trillion. However, Kauffman calls Tesla “the exception which proved the rule.” He notes that in order to overcome the valley of death, Tesla relied on Elon Musk’s personal fortune — derived from PayPal — and “well over $1 billion” in federal subsidies, including a $465 million loan.

Besides Tesla, VCs are betting that other climate tech companies will manage to bridge the valley of death. At least 43 climate tech startups are now “unicorns“: privately held companies with valuations of $1-plus billion. “The rocket ship is taking off,” said Sophie Purdom, who started the Climate Tech VC newsletter with Zou. (The pair’s publication boasts impressive growth itself: since Climate Tech VC’s launch in 2020, its readership has exploded to 20,000 subscribers.)

To some extent, everything is climate tech — think about what you eat, the way you consume energy, how you move. You need to decarbonize everything.

Zou noted a couple key differences driving the current wave of climate tech investments relative to Cleantech 1.0. First, she observed how the increasingly obvious consequences of climate change have created demand for low-carbon products among businesses, consumers and governments. Second, Zou explained that Cleantech 1.0 focused on energy specifically, including biofuels and photovoltaic materials. Now, the definition of climate tech has become more flexible.

“We have tried to define climate tech many times within our newsletter,” Zou said. “To some extent, everything is kind of climate tech — think about what you eat, the way you consume energy, how you move… You need to decarbonize everything.” This broad scope is a challenge but also means “there’s a lot more opportunity” for investors. Many of these opportunities are software-powered and less capital intensive, fitting more neatly into the traditional venture model.

Bridging the valley of death

This time around, climate tech startups have some powerful allies to help bridge the valley of death. At the top of the list are Secretary of Energy Jennifer Granholm and billionaire philanthropist Bill Gates.

“I’m extremely excited by all of the incredible work that the Department of Energy is doing,” said Purdom. “It’s phenomenal and not being talked about enough. They seem to spin out a new office to fill a new gap in the valley of death every other month.”

As part of the bipartisan infrastructure law that President Joe Biden signed into law in 2021, the Energy Department received $62 billion, including $21 billion for multi-year demonstration programs for emissions-minimizing technology. To distribute this funding, the department created an Office of Clean Energy Demonstrations in December. In another sign of the department’s ambitions, Granholm announced that her team is hiring 1,000 new employees for a “Clean Energy Corps.” Zou also singled out the work of Jigar Shah, a founder of SunEdison, who heads the Energy Department’s Loan Programs Office.

These federal initiatives help climate tech startups commercialize their capital-intensive products by providing loans and grants, which do not require equity. Crucially, this approach prevents the dilution of returns for early equity investors — and thereby preserves the incentive for VCs to back risky, unproven technologies. Making sure that funding “doesn’t massively dilute founders and disincentivize folks along the way on these naturally longer-than-software maturation journeys will be essential,” explained Purdom.

On the non-governmental front, Gates has emerged as a leading financier and booster of climate tech. At the 2015 Paris Climate Change Conference, the Microsoft founder announced Breakthrough Energy, an initiative to accelerate emissions-cutting technologies that counts Jeff Bezos and Michael Bloomberg among its investors. According to Climate Tech VC’s data from 2021, Breakthrough Energy Ventures was by far the most active climate tech investor of the year. The group led or significantly participated in more than 30 climate tech deals, double that of the next most active investor.

To help startups grow, Breakthrough Energy recently announced the Catalyst Program, which focuses on project finance. Catalyst will support technologies that would otherwise struggle to scale, focusing initially on green hydrogen, direct air capture (DAC), long-duration energy storage and sustainable aviation fuel (which experts refer to as SAF). The program’s funding mechanisms, which do not aim to maximize financial returns, include philanthropic grants, below-market equity investments and product offtake agreements that provide guaranteed end markets. In addition to private sector partners, Catalyst is collaborating with the U.S. Department of Energy and the European Union.

Many investors fear that the valley of death is most severe for difficult-to-decarbonize industrial sectors such as cement. “It’s really, really capital intensive to set up even just pilot plants,” Purdom said. “They’re a couple of million dollars, and then all the way to commercial scale, that’s in the tens of millions, if not hundreds of millions of dollars.”

One investor who looks for high-impact industrial startups is Nordan, who has raised money — often from private foundations — to support technologies that other VCs might view as too risky or capital-intensive. “We look for categories that we think are particularly hard to decarbonize,” he explained.

What is ahead for climate tech? “Everything goes in cycles,” Nordan observed. “And having seen up close and personal a wave of interest followed by a wave of disappointment in climate technology, I’m deeply concerned about that.” He cautioned against “bad ideas getting funded at ridiculous levels that could leave a black mark over the field.”

Purdom urged “some healthy awareness that we’re in an extreme bull market at the moment,” warning that “the last time climate stuff went through a correction, it went into a winter.” To keep the climate tech sector on track, investors must remember “the risk level they’re getting into with developing hardware intensive, long-term solutions.”