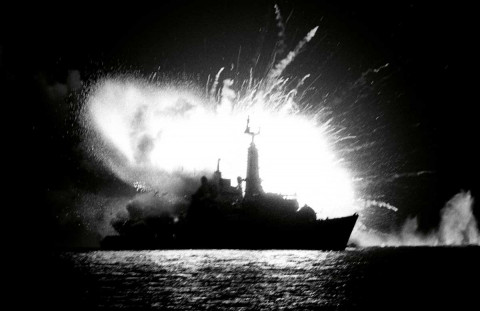 On 2 April 1982 Argentinian forces invaded the Falkland Islands. It was a surprise move, the latest twist in a centuries-old dispute over sovereignty. A day later Argentinian forces occupied South Georgia and British prime minister Margaret Thatcher announced that a task force would be sent to expel them from the British Overseas Territories in the South Atlantic, having been reassured by Sir Henry Leach, the First Sea Lord, that the Royal Navy could launch a large-scale operation to retake the Islands.