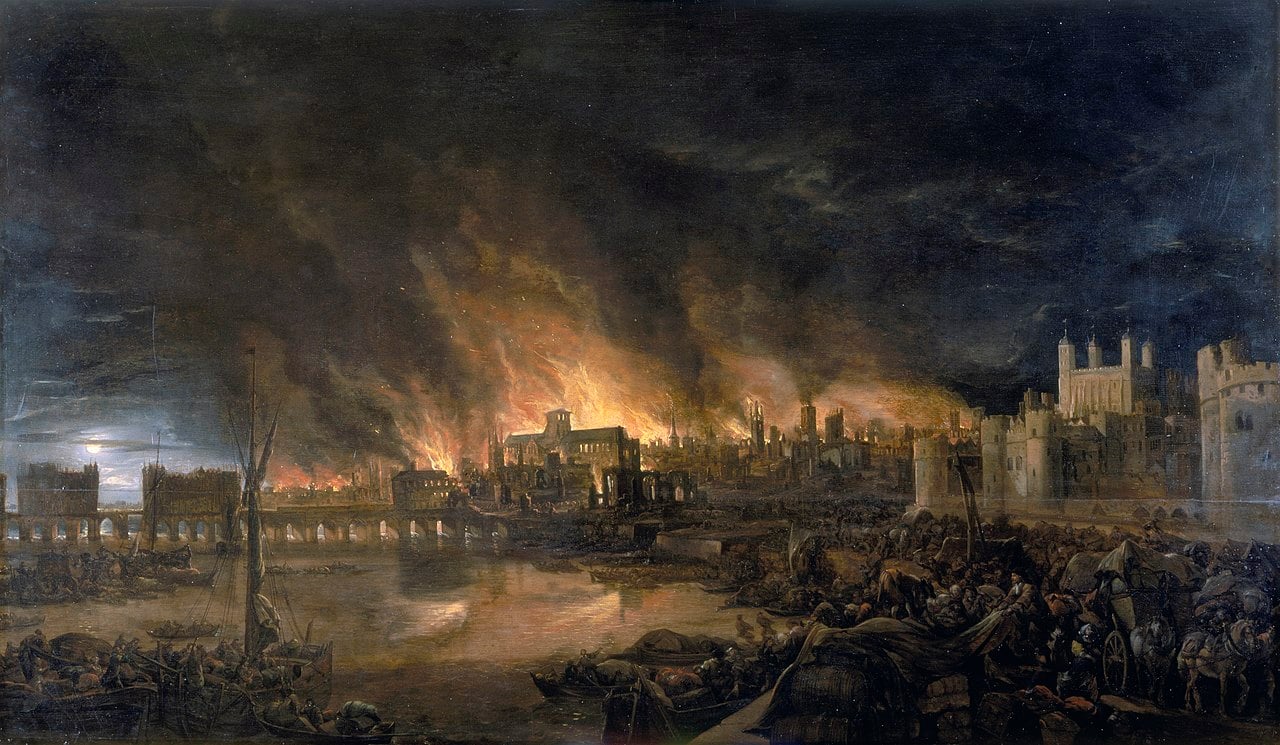 The Great Fire and the end of Medieval London

The Derek Keene London Lecture, given at the Institute of Historical Research on July 13, 2022

Abstract: How long was London a ‘medieval’ city? Derek Keene’s first London project, ama (1979-87), explored the profusion of records of property holding in the City of London, and established their potential for reconstructing property histories and thus charting economic and social change over several centuries. Despite its name, the project extended from the thirteenth century, when such records become numerous, up to the Great Fire of 1666. This lecture will examine the justification for taking the Fire as a terminal event for a study of ‘medieval London’, and consider alternative ‘periodisations’ and phases in the study of early London.

Vanessa Harding is Professor of London History at Birkbeck College, University of London. Click here to view her university webpage.

Top Image: The Great Fire of London, depicted by an unknown painter (1675), as it would have appeared from a boat in the vicinity of Tower Wharf on the evening of Tuesday, 4 September 1666. To the left is London Bridge; to the right, the Tower of London. Old St Paul’s Cathedral is in the distance, surrounded by the tallest flames.