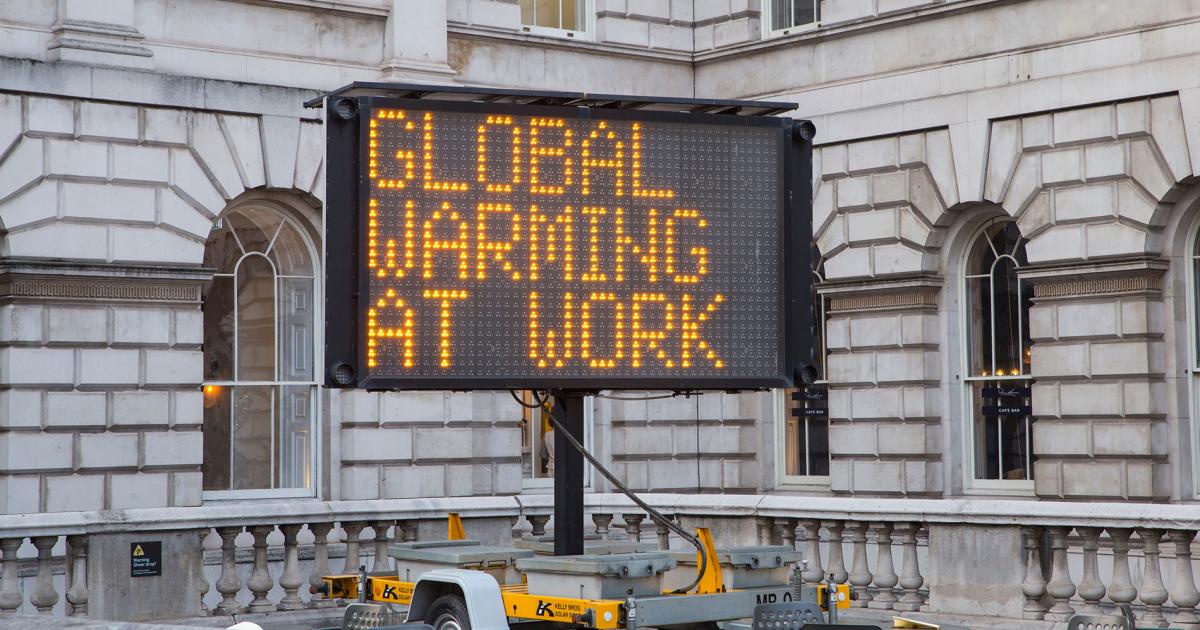 Like so many other things in our hyperpolarized, fact-challenged world, the political debate over the climate crisis has boiled down to a specious choice: Do we take costly measures now to avert even bigger costs down the road or is doing so both needless and risky to the global economy?

In many ways, this represents progress.

Today’s climate debate has largely moved on from “Is it happening?” and “Did humans cause it?” to “What, if anything, should we do about it?” True, there are still deniers out there, and no shortage of fossil-fuel-drenched obstructors, but even they have shifted tactics from rejecting the reality of a changing climate to delaying meaningful action to address it.

But there’s a flipside to concerns about the risks and returns of committing trillions of dollars over decades to mitigate the worst impacts of climate change. It’s about the risks of doing nothing, or too little, or acting too slowly. As such, it brings a new frame to thinking about the “ROI” — traditionally, the return on investment — of such investments.

The new ROI is the “risk of inaction.”

There’s a flipside to concerns about the risks and returns of committing trillions of dollars over decades to mitigate the worst impacts of climate change.

Those risks can be found at nearly every level: company, community, national and global. The costs can be measured in catastrophic damage from extreme weather, the disruption of global supply chains, the displacement of workforces and the increased burdens on an already reeling healthcare establishment. They can be measured in monetary terms as well as in lives and livelihoods.

Consider some recent research and reports. They begin with the human risks.

Climate change is becoming the “defining narrative of human health,” according to a report last fall from The Lancet, the prestigious medical journal, based on an analysis of more than 100 doctors and health experts. It will trigger food shortages, deadly disasters and disease outbreaks that could make today’s pandemic seem like a mere hiccup and will increase the transmission “of many water-borne, air-borne, food-borne and vector-borne pathogens.” Aggressive action now could avert millions of unnecessary deaths, according to the analysis

What about the threats to business and the economy? There’s the annual Global Risks Report, from the World Economic Forum (WEF) and the Marsh and McLennan Companies. The 17th annual edition, out this month, presents the findings of WEF’s Global Risks Perception Survey, which asked more than 1,000 “global experts” to rank 37 global risks as to their potential to cause significant negative impact across countries or industries over the next 10 years. The 37 risks cover a broad spectrum of environmental, economic, geopolitical, societal and technological issues, from debt crises to terrorist attacks to infectious diseases to cybersecurity breakdowns.

At the very top of the list: climate action failure. Extreme weather and biodiversity loss — arguably, directly linked to the climate crisis — are Nos. 2 and 3, respectively.

And then there’s a new survey from Deloitte, which found that “insufficient action to address climate change could cost the U.S. economy $14.5 trillion by 2070.” However, it said, if the U.S. decarbonizes over the next 50 years, its economy could gain $3 trillion in annual GDP and add nearly 1 million more jobs than it would have otherwise.

Moreover, they said, “Getting there may be less costly than many people think.” The report maps out the costs and benefits, in both jobs and economic growth, for various regions of the United States. For example, it shows that the Southeast and Southwest — essentially the bottom half of the country, from New Mexico to Virginia — will bear the brunt of the impacts from severe weather events.

The consulting giant McKinsey did a similar but different analysis in a report issued last week. It estimated the cost of a net-zero world and the economic effects on demand, capital allocation, costs and jobs to 2050 across energy and land-use systems that produce about 85 percent of overall emissions and assess economic shifts for 69 countries. It lays out the costs and benefits under both an orderly and disorderly transition. You can imagine which one costs more.

For an individual firm, understanding climate risk depends on transparency around the geographic exposures of assets and operations, noted WEF. “But companies’ exposures and resilience don’t conform to clear patterns, highlighting the need for in-depth investor analysis to evaluate climate risk at the asset and company level.”

For example: “The location of assets is the key factor in determining the extent of these risks — more than the industry or sector in which a company operates.”

Such a deep understanding by companies about their operations and supply chains will be key to their ability to survive and thrive during a time of potentially monumental macroeconomic shifts.

Granted, moving too quickly can have risks, too. For instance, if a transition is too abrupt — or too slow — relative to customer demand or labor availability, companies and industries can suffer. Large-scale asset stranding is another risk, if it means that problematic assets — oil- and gas-powered generators or other equipment, for example — need to be phased out before their time. Supply-chain problems, of which we’ve been catching a glimpse lately, are another concern.

A just transition to a decarbonized world will be messy and volatile. No one is claiming otherwise. But avoiding that messy volatility will likely be costly. The challenge, and the opportunity, for companies is to create a steady, deliberate pathway, not wait and see how bad things get before taking action. That will reduce options and increase risks (ironically, something that the foot-draggers claim to want to avoid).

Is your company up to the task? Are we, collectively? The ROI — the risk of inaction — is only going to grow.