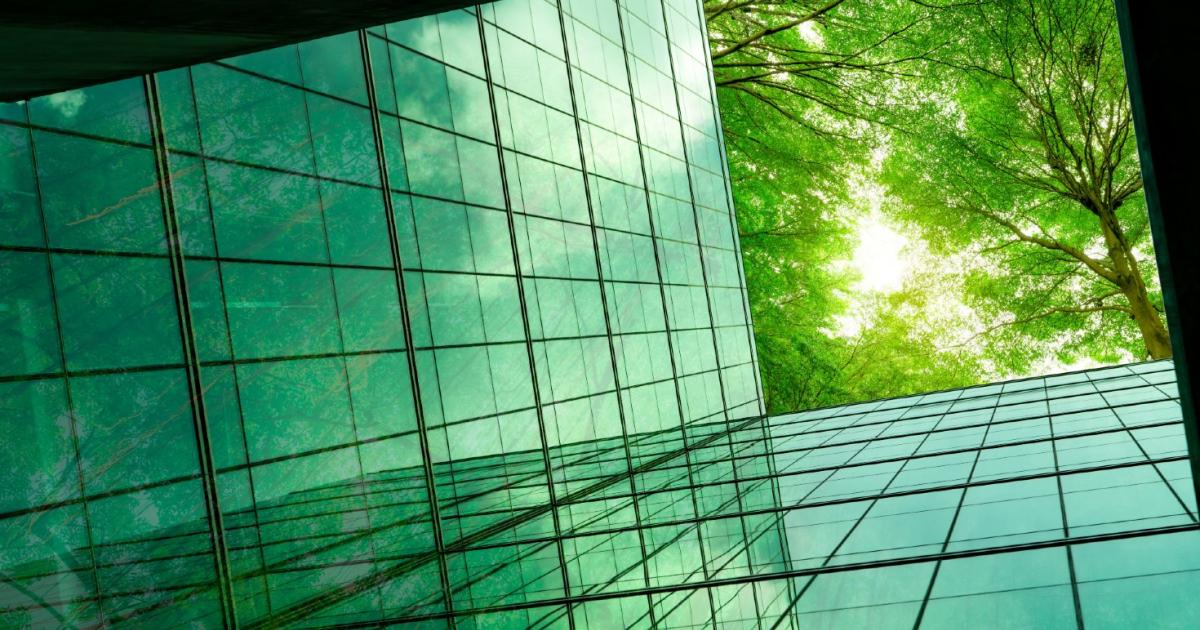 Disclosing, assessing and ultimately taking action to tackle climate risk has steadily marched into the mainstream of the financial and corporate world in recent years, with the guidelines set out by the Taskforce on Climate-related Financial Disclosures (TCFD) widely regarded as a critical tool for any forward-thinking company’s corporate strategy.

That much is evidenced by growing pressure on boardrooms in the upcoming AGM season to disclose climate threats, and increasingly stringent legal and regulatory requirements for businesses to disclose their climate risks and develop credible net zero strategies coming into force in the U.K., EU, and beyond.

So, fast forward a few years from now, could the same trend be repeated for nature-related risks such as biodiversity loss and habitat destruction?

Awareness and understanding of the economic threat that nature destruction and biodiversity loss poses certainly seems to have grown in the corporate world recent years, but — unlike with climate change — there is no set of formal guidelines for helping financial institutions and investors measure these risks. Such tools are urgently needed, given $44 trillion of economic value generation, or half the world’s total GDP, is moderately or highly dependent on nature and its services, according to the World Economic Forum (WEF). But the complexity of measuring the disparate risks from various forms of nature and biodiversity damage has proved to be hugely challenging.

Today, however, efforts to develop robust guidelines for assessing the complex financial risks posed by nature destruction and biodiversity loss have taken a major step forward, with the publication of an initial draft framework from the Taskforce on Nature-related Financial Disclosures (TNFD).

Since its launch in 2020, the investor-backed Taskforce has been working to develop an integrated risk management and disclosure framework for organizations to report and act on evolving nature-related risks, such deforestation and habitat destruction, through to species loss, drought, land-use change and more.

In many ways, nature is the hidden infrastructure that supports our prosperity.

Tony Golder, TNFD’s executive director, argues such a framework will be crucial to improving individual companies’ and the wider financial sector’s understanding of their dependencies on ecosystem services, and as such should provide a major boost to efforts to expand the green economy.

“In many ways, nature is the hidden infrastructure that supports our prosperity,” he says. “What we’re trying to do is shed more light on that and get more explicit about it, so that there’s a clearer sense of how dependencies can drive long-term or even short-term risks.”

It is far from an easy task. But TNFD’s work has the support of its 34 investor members — which are responsible for assets worth collectively over $18.3 trillion worldwide — and more than 30 member companies, in addition to scores of experts from science and economics, as well as the UN, several leading environmental groups, and standards-setting bodies.

The Taskforce also last year appointed co-chairs in the form of Refinitiv CEO, David Craig, and Elizabeth Maruma Mrema, executive secretary for the Convention on Biological Diversity (CBD, the UN body which oversees the multilateral global biodiversity talks, including the COP15 Summit in Kunming, China that is slated to take place later this year.

Today’s publication represents TNFD’s first prototype framework, kicking off an 18-month process of consultation and development with market players and experts in order to try and steadily improve its relevance, usability and effectiveness before the final recommendations emerge in the third quarter of 2023.

The current framework is therefore far from the finished article, but it nevertheless marks the “first integrated approach to incorporating nature-related risk and opportunity analysis into the heart of financial and decision making,” according to the TNFD.

“Perhaps somewhat unusually, we’re not going away into the basement for 18 months to try and figure out the perfect solution before we put something out in the market — although that’s probably the more conventional approach to these sorts of taskforces,” explains Golder. “We’ve adopted an open innovation approach, much like a sort of software development approach, where we’re moving fast and we want to put a prototype in the market and use that as the basis to start a conversation with market participants.”

Speed is clearly of the essence, as it should be given the escalating environmental crises the world currently faces. A further two draft iterations of the framework are due to arrive during 2022, before the final release in September 2023. However, the current draft framework does establish three core components for the guidelines that should shape the discussions over the next 18 months or so: foundational guidance on nature-related risk disclosure; practical guidance to assess nature-related risks and opportunities and embed risk disclosure into company or management processes; and, crucially, guidance on how to align nature-focused reporting with the existing TCFD climate risk guidelines.

We’re not going away into the basement for 18 months to try and figure out the perfect solution.

That last component may prove to be particularly important to TNFD’s success. The nature-related risk disclosure guidelines are aiming to build on the work on climate risk carried out by the Michael Bloomberg-led TCFD several years earlier, a move that comes in response to calls from market players for a consistent approach to risk disclosure that also draws together the important links between climate and biodiversity. As such, the TNFD guidelines aim to use some of the same language and structures as the TCFD framework, covering governance strategy, risk management metrics and targets, and making it easier for businesses and investors to embrace the new approach.

After all, it stands to reason those at companies and financial firms who are responsible for carrying out climate risk disclosure analysis would rather avoid undertaking another completely separate, time-consuming piece of analysis work on nature risk, in addition to their climate risk reporting. In any case, the climate, nature and biodiversity crises are all inextricably linked in myriad ways.

“We’ve very much taken an integrated view to the linkages between the climate agenda and other aspects of nature, because ultimately what we wanted to see is integrated sustainability disclosures,” Golder says.

It remains to be seen just how the TNFD framework takes shape, but there are clearly a number of challenges ahead for the team. For one, asking companies to measure and disclose the emissions generated in their value chains — also known as Scope 3 emissions — through a one-size-fits-all approach is tough enough as it is, but doing so for nature-related risks, which vary significantly by company and location, is arguably more challenging still.

“It’s complicated,” concedes Golder. “But we believe the idea that you have to assess and then disclose dependencies and impacts across supply chains is important. So the idea that you have to address Scopes 1, 2 and particularly 3 — that’s a concept that we want to carry forward from the climate and emissions side, but we’re going to have to adapt it. We haven’t quite gotten there yet — but we definitely think it’s very important for companies and financial institutions to be looking not just at their direct impacts from their own assets and operations, but to also take into account both upstream and downstream risks that emerge.”

Could TNFD’s work push businesses towards ascribing a price to nature and natural resources? The concept of “natural capital” has garnered growing support in recent years, the U.K. government being a leading proponent, although it remains a controversial concept among some green groups and political thinkers on the left. Golder, however, doesn’t foresee the TNFD guidelines going as far as calling for businesses to put a price on natural assets.

“Ultimately, we’re not trying to put a price on nature, but we are trying to make sure that the value of nature is reflected,” he says. “It’s about channelling the flow of capital in a different direction. That means better understanding of risk, but also having the places, opportunities and innovation to take that money and create better outcomes for business and for nature. So I think this is a tremendously exciting initiative.”

There are hopes of this year brokering a world-first international treaty on limiting and reversing nature-loss, akin to the landmark Paris Agreement.

The TCFD guidelines began — and in most parts of the world remain — voluntary for companies and investors, but they have increasingly become part of the regulatory landscape too. In the U.K., the government has moved to enshrine mandatory TCFD disclosures in law, which will from next month place these requirements on more than 1,300 registered companies. Then, by 2025, the aim is for these rules to become mandatory right across the entire U.K. economy.

When asked whether the TNFD’s eventual recommended guidelines could in future become mandatory practice embedded into national statute worldwide, as appears to be happening with the TCFD’s, Golder says “that’s above our paygrade — that’s somebody else’s decision.”

“Our job is to design the framework and put forward the recommendations,” he adds. “We will we will be encouraging market adoption, obviously, of the approach that we recommend, but whether or not it becomes mandatory, but that’s for regulators and governments to decide.”

There is evidently some way to go before companies and investors will have actionable guidance from the TNFD on incorporating nature-relate risk disclosure into their decision making, but there is also a clear sense of urgency within the Taskforce to capitalize on the growing influence of the TCFD guidelines.

Time is very much of the essence, too. With countries meeting over the course of the coming year as part of ongoing UN biodiversity talks, there are hopes of this year brokering a world-first international treaty on limiting and reversing nature-loss, akin to the landmark Paris Agreement on climate change in 2015.

That so many major investors and policymakers are backing the TNFD’s work so far could ramp up further pressure on governments to agree an ambitious biodiversity treaty. But regardless of what happens at the COP15 Kunming Summit later this year the need for a business guide for measuring and tackling nature-based risks, too, could scarcely be clearer.