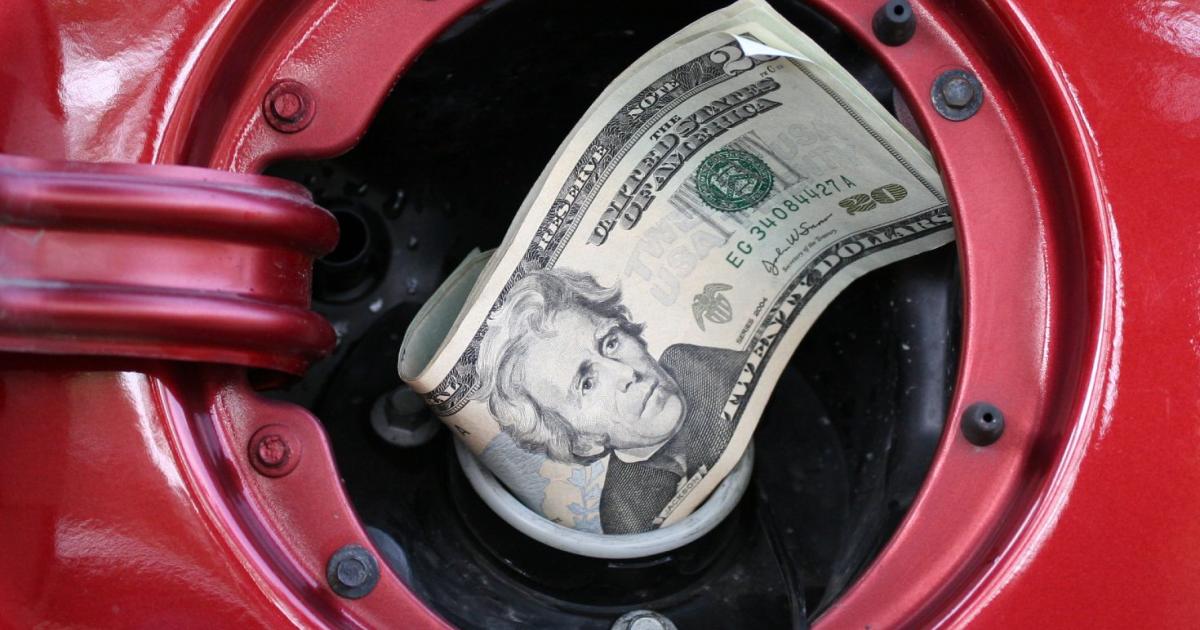 Soaring gasoline prices are leaving many Americans reeling like Chris Rock after his Academy Awards slap from Will Smith. The conventional wisdom is that we are experiencing an energy price “shock” like those in the early 1970s when OPEC sanctions caused gas prices to triple.

Not even close. I knew the 1970s. And 2022 is not 1974. It’s not the worst we’ve seen, just the worst in recent years. This time Americans are experiencing a rude awakening from a different kind of shock: energy price deflation.

Since 2000, Americans have benefitted from staggering natural gas deflation brought on by a one-off Texas-sized shale oil and gas boom. The Henry Hub spot price for a million British thermal units of gas plunged from almost $18 in 2005 to less than $2 in 2020. (See chart.)

During this time, U.S. per capita personal consumption expenditures almost doubled, leading to the supersizing of carbon-heavy American habits, including the proliferation of plastic, the return of large, gas-guzzling cars, soaring fast food consumption and the rise of McMansions. We even got bigger as the rate of obesity increased from 30 percent to 42.4 percent from 2000 to 2018.

Renewable energy prices followed natural gas prices down, leading the clean fuel industry to a near-death experience in the mid-2010s. Unlike gas, renewable energy subsidies were winding down. Nor did they have the benefit of a flood of cheap credit that was available to the oil and gas industry — credit that artificially stimulated shale oil gas and production causing even more pressure on natural gas prices. (See a Climate & Capital report.)

The party is over

That Texas tea party came to a crashing end with the outbreak of COVID, and now with Russia’s invasion of Ukraine. So it should be no surprise that American consumers are experiencing a splitting, petro-sized hangover induced by paying $100 or more to fill up a Chevy Silverado pickup or XC70 Volvos.

That is a starkly different response from Europe where the greatest European land war since World War II has caused natural gas prices in Europe to jump eightfold. Europe’s shock was to wake up to the reality of having become addicted to Russian energy.

“We have been handing over more than $100 billion a year to the biggest threat to Europe since Adolf Hitler,” said one observer. “What was Angela Merkel thinking?”

But unlike the United States, Europe is taking advantage of its Will Smith moment to supercharge its energy transition.

It seems the administration cannot decide whether it wants to be a petrostate or climate champion.

Starace says Italy, which gets 40 percent of its natural gas from Russia, will be independent of Russian gas in three to four years by fast-tracking renewable power, importing more politically stable LNG gas and replacing gas heaters with heat pumps. He said the company expects authorization from the Italian government to develop and generate 55,000 megawatts of new renewable power in the next three to four months and 105,000 more over the next three years. This will reduce the amount of gas Italy uses by 18 billion cubic meters per year. All this is happening as Enel divests from Russian coal plants and closes its final three coal plants in Italy by 2025.

But there’s more. The company last week announced a $600 million deal with the European Commission to expand a solar panel gigafactory in Sicily 15-fold by 2024. Ironically, the impetus of the deal was not Russia but to cut Europe’s dependence on Chinese solar power components.

The response of Enel and European leaders cannot be more starkly different than that of the Biden administration and U.S. Congressional leaders. If Europe is leaping into the future, it’s back to the future in the United States.

It had started before Ukraine when the administration’s climate-friendly Build Back Better plan was derailed by coal-fired West Virginia Democratic Sen. Joe Manchin.

The administration then suffered another crushing defeat when oil, gas and banking industry lobbyists torpedoed the candidacy of Sarah Bloom Raskin to be the top bank regulator at the Federal Reserve for her pro-climate views.

Now, as gasoline prices edge towards $6 a gallon, the once swaggering climate championing administration is experiencing the humiliation of going hat in hand to seek favor from Saudi Arabia’s Crown Prince Mohammed bin Salman and meeting with American energy executives to increase oil and gas production in the fading hope of bringing back the good old days of 2020.

Schadenfreude fog has settled over the oil and gas industry as it suddenly finds itself being pressured to fast track renewed oil and gas production and facilitate LNG exports to Europe. Total capitulation will come if it also succeeds in defeating proposed rules giving the Securities and Exchange Commission the power to monitor, disclose and penalize future methane emissions from oil and gas operations. (See Climate & Capital investigation.)

But what is truly shocking is the ominous silence on climate from the administration.

If one is being generous, the sudden embrace of Big Oil by the Biden administration could be excused as necessary to meet urgent national security needs.

But what is truly shocking is the ominous silence on climate from the administration.

The administration appears to be more scared of the American consumer than Vladimir Putin as an increasingly desperate administration seems ready to authorize the energy equivalent of the Vietnam War strategy of “burning the village to save it.”

It all has the whiff of the kind of populist energy capitulation that led to the re-election defeat of Jimmy Carter in 1980.

That would have tragic results for the planet. Carter was just getting up to speed on the danger of climate change when, in 1980, he was defeated by Ronald Reagan, setting back climate mitigation by 40 years.

Oh, how quickly life can change. Remember all that bravado and high-fiving about the climate A-team Biden assembled when he came to office? But drafting first-round draft picks does not guarantee a trip to the Super Bowl. How ironic that Italy — mocked mercilessly for its corruption, inefficiencies and indulgent, pasta-living ways — would emerge as a critical leader in the decarbonization movement. Hmm. I wonder what Ukrainian President Volodymyr Zelenskyy’s plans are for renewable energy?