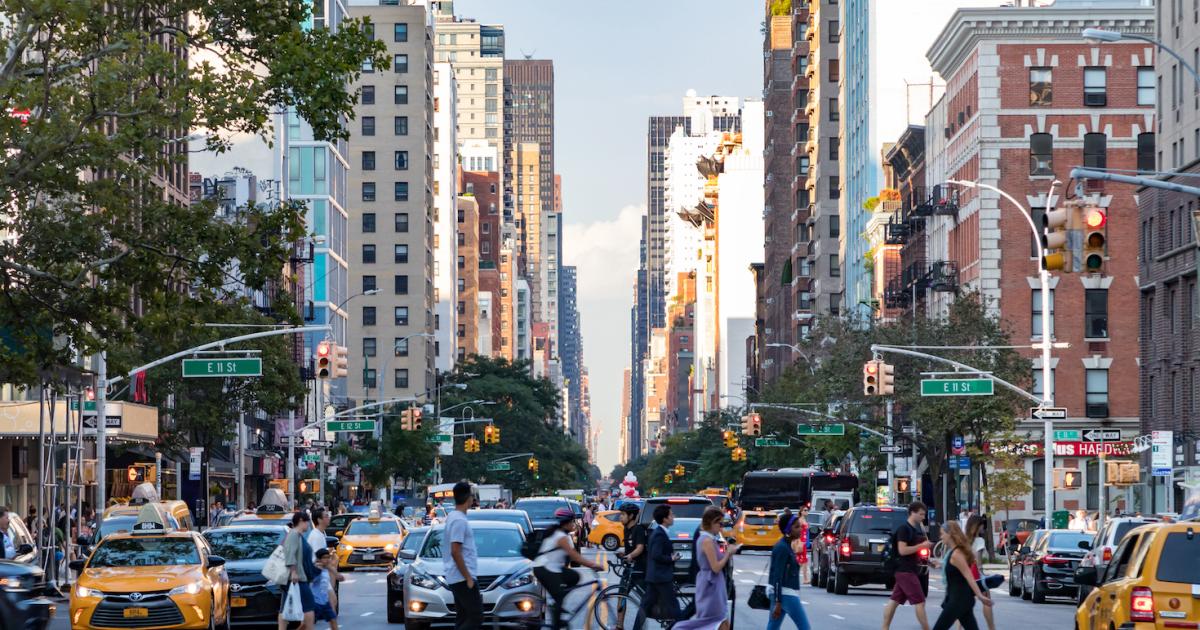 In the past decade, transportation network companies such as Uber and Lyft have become inescapable parts of our urban transportation systems. These companies’ ridership plummeted when the COVID-19 pandemic hit but, as the country reopens, people are beginning to return to the services. Because transportation is the leading source of greenhouse gas emissions in the U.S., it’s worth asking what role Lyft and Uber play in a sustainable future.

To answer this question, NRDC partnered with University of California, Berkeley Transportation Sustainability Research Center researchers Elliot Martin, Susan Shaheen and Adam Stocker to present a snapshot of the net impacts of Lyft and Uber in three major U.S. markets: San Francisco; Los Angeles; and Washington, D.C. The new report and issue brief, “Moving Forward: The Role of Transportation Networking Companies in a Sustainable Future,” analyzes the environmental effects of Lyft and Uber and makes recommendations on how cities can incorporate these companies into a sustainable transportation system.

The research, which drew on Lyft and Uber driver activity data as well as surveys of residents, drivers and riders, found these companies appear to lead to an increase in total driving — also known as “vehicle miles traveled” or “VMT” — and, as a result, in greenhouse gas emissions (GHG). Lyft and Uber users drive their own cars less than they would if the services didn’t exist, but in both San Francisco and Los Angeles the reduction in personal driving was more than outweighed by the additional miles logged by the Lyft and Uber drivers. In addition, the companies increased total miles driven by pulling passengers from transit and other greener modes of transportation.

Lyft and Uber do have the potential to reduce driving in certain cases. Between 6 and 9 percent of survey respondents said they would have purchased a vehicle if not for Lyft and Uber, and the numbers were even higher for car-free households. A smaller but significant number of respondents claimed to have sold a car because of the accessibility of Lyft and Uber.

Car owners pay for major expenses such as insurance, registration fees and the car itself upfront; each trip then feels nearly free. People who use Lyft and Uber instead of a personal car pay a higher cost for each trip and therefore end up taking fewer car trips. Despite the positive effects of reduced car ownership, Lyft and Uber usage increased overall vehicle miles traveled and GHG emissions during the study period in two of the three cities.

As the country recovers from the pandemic, and Lyft and Uber ridership begins to climb, policymakers should seize the opportunity for change and act to maximize the potential benefits of transportation network companies while also ensuring our streets work for all travelers, regardless of how they choose to get around.

Our first recommendation is for cities to use road pricing to manage congestion and encourage shared rides. Cities across the country already tax Lyft and Uber trips, and some, such as New York City, levy a smaller tax on shared rides in an effort to encourage pooling. To make sure that these additional taxes don’t just push people into private cars, cities should consider implementing congestion pricing programs that apply to both private and Lyft and Uber trips to help reduce overall driving. For more information on how cities can implement congestion pricing equitably, consult the NRDC-supported TransForm report Pricing Roads, Advancing Equity.

While Lyft and Uber have the potential to be an ally in a low-carbon future, they are not playing that role.

Our second recommendation is to redesign streets to prioritize low-carbon transportation. The research shows more than half of Lyft and Uber trips in the San Francisco and Washington, D.C., regions and nearly half of trips in the Los Angeles region were four miles or shorter. Trips of this distance can be well served by buses, bicycles and walking — with the proper infrastructure. During the pandemic, cities took bold steps to reclaim street space for people to travel safely without cars. We recommend cities continue to redesign their streets to give dedicated space to travelers who choose to travel by lower-emissions modes. Bus lanes, protected bicycle lanes and slow streets, and wider sidewalks with safer intersection crossings are all important pieces of a low-carbon future.

Our third recommendation centers around electrification. The study shows while Lyft and Uber drivers as a whole owned more efficient cars than other drivers, few owned electric vehicles (EVs). Lyft and Uber have committed to going 100 percent electric by 2030 and 2040, respectively, but cities can take steps to ensure the companies follow through on those commitments. There is a clear correlation between the availability of charging infrastructure and EV adoption, so cities should work to increase the number of publicly available chargers. Cities could even require Lyft and Uber fund this infrastructure and make it available to both their own drivers and the general public.

A study in 2018 found that, after accounting for expenses and vehicle depreciation, the average Uber driver earned just $9.21 per hour. Lyft and Uber get away with paying drivers below minimum wage by classifying them as independent contractors rather than employees, a practice they codified with a successful referendum in California in 2020. The referendum was later ruled unconstitutional, but Uber plans to appeal.

If cities required Lyft and Uber to compensate drivers fairly, their prices would likely rise, and this could reduce the likelihood of people forgoing car ownership. This is a risk we are willing to take because environmental gains cannot come at the expense of workers’ rights.

This research shows that while Lyft and Uber have the potential to be an ally in a low-carbon future, they are not playing that role. Cities must act to ensure these companies are responsible in terms of both their environmental impact and labor practices. To learn more about the research, see our issue brief and the full Sustainable Transportation Research Center report.