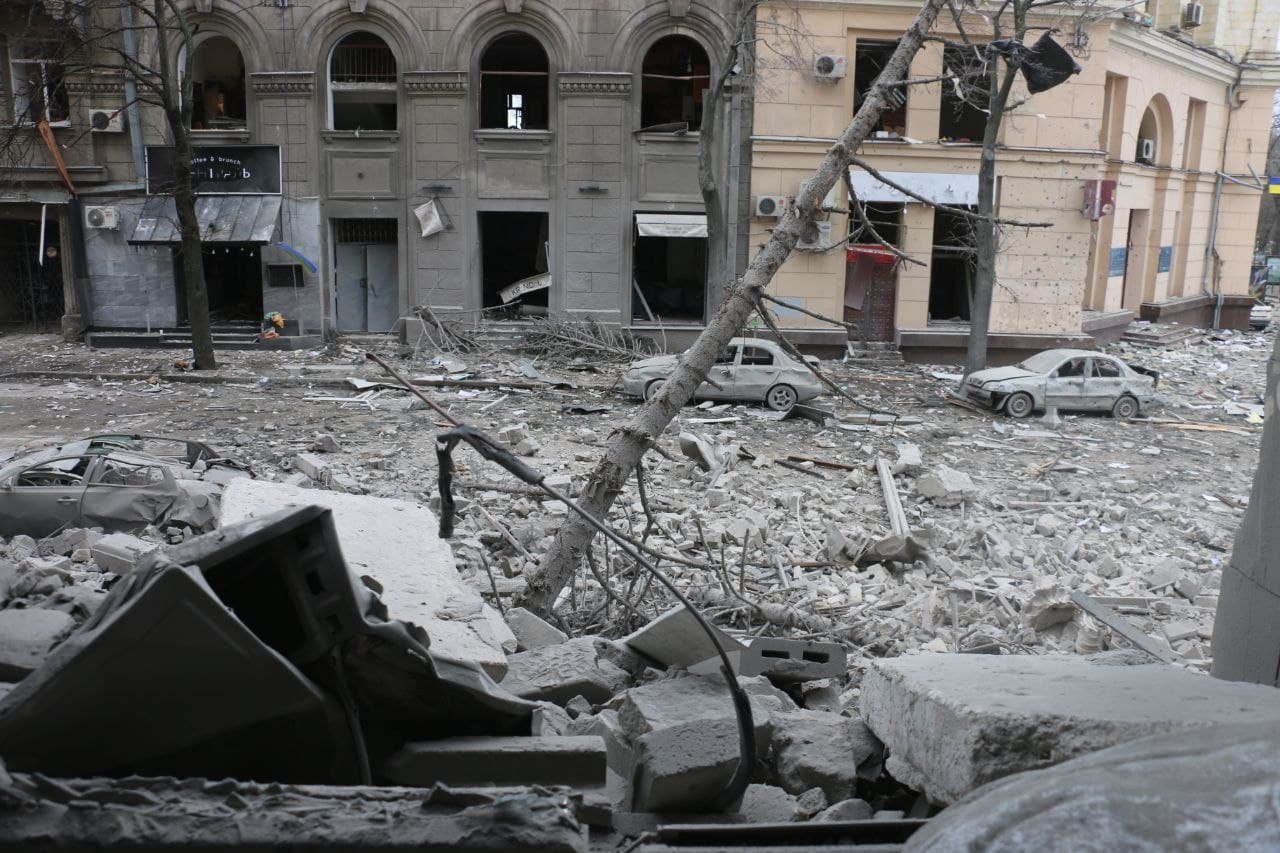 The Russian invasion of Ukraine is having repercussions all through the medieval Internet.

I don’t, by this, mean the actual medieval history of Ukraine and Russia, Vladimir Putin’s spurious claims to the historical fiction of Ukrainian independence, or even the icons of “St. Javelin, Patron Saint of Ukraine” that have popped up on the Internet. The actual history, at this point, is irrelevant: No matter what the two states’ origins as Norse trading outposts and the medieval Kievan Rus coalition, or the region’s mutual occupation by the Mongols and their successors, they are today distinct polities. Ukrainian nationalism and identity, like that of many modern European states, emerged in the eighteenth century and was shaped by the civil war that followed the 1917 Bolshevik Revolution and by Stalinist persecution, which resulted in a devastating famine known as the Holodomor.

Rather, by “medievalist” Ukraine and Russia, I mean the international community of hobbyists who engage in reenactment and medieval-sport battling. These are popular pastimes in Russia and Ukraine. The Ukrainians, in particular, have had an outsize presence in reenactment circles in recent years: The “historical medieval battle” (HMB) style of fighting with steel weapons in armor began gaining popularity with the annual “Battle of Nations” event, which was first held in Ukraine in 2009 at the Khotyn Fortress near the Romanian/Moldavian border. HMB-style fighting has since spread to the rest of Europe and the US. There are many other historical European martial arts (HEMA) groups in both Ukraine and Russia, and travel between East and West for events has become increasingly more common.

Further, thanks to their high degree of skill and favorable exchange rates, craftspeople in both Russia and Ukraine have become the preeminent suppliers of handmade armor and reenactment goods to the rest of the world. Political scientists such as Francis Fukuyama have pointed to the power of free trade to foster peace: As societies grow more financially interconnected, violent conflict becomes economically irrational. Medieval reenactment hobbies have made this manifest at an individual level: they are affinity groups where trade, but also friendships, cross international borders.

All of that has gone out the window in the current crisis.

“We are very sorry, some time we won’t have opportunity to work. But for sure we will find the opportunity to make our obligations,” one armorer posted in what must be the understatement of the year. “Dear our customers,” Kyiv-based Gothic Cast Medieval Accessories similarly posted: “We are from Ukraine. And one short bustard is bombing our towns and villages, residential districts and even schools. I’m very sorry, we can’t think about work now. We stay at home to protect our land. We will win, we will survive and we shall make you orders.”

Others threw out any pretense of being able to complete Western customers’ orders: As Russian forces descended upon Ukraine, workshops that once made medieval armor for friendly combat turned to making all-too-modern anti-vehicle defenses. Volodymyr Shlenchak of 7Samurai posted photos of himself holding a Molotov cocktail and of anti-tank hedgehogs he made. “Our workshop is keeping on doing our best to help Ukrainian forces repulse Russian attack,” posted Shlenchak. “Glory to Ukraine.” Armstreet, a large reproduction-armor manufacturer based in Kharkiv and Lviv, has also suspended production (though they are selling gift certificates), is aiding in the war effort, and turned their website into a blog documenting the conflict.

Meanwhile, we must not suppose that the Russians are insensate to what their government is doing: Peter Polyak of Arma Moskovia has condemned the war, as have Kvetun Armory, Pavel Burlakov, and Nataliya Yefimova of Quilted Armor. The Russians, however, recognize that they can do little to stop Putin’s war effort: In response to an Australian Facebook commenter demand that she take more positive action, Yefimova commented “would you like i cancel the post, go to meeting and arrive in jail quickly?”; the post was later edited to remove criticism of Putin’s government. Meanwhile, anti-Russian sanctions are hurting both the plutocrats and ordinary Russians – but arguably have more effect on the latter, as Russian merchants are unable to either receive payments or ship finished goods.

Medieval hobbies have brought people the world over together in the pursuit of a romantic vision of the Middle Ages that, if not completely eschewing modern politics, compartmentalized them in the name of friendship. At the least, we can say that the wars fought by medieval recreationists have been bloodless and in the name of friendship and sport. Now, a real conflict, led by a leader nursing very modern grudges, has divided friends and plunged those who play at being warriors into a very real, and deadly, fight for survival.