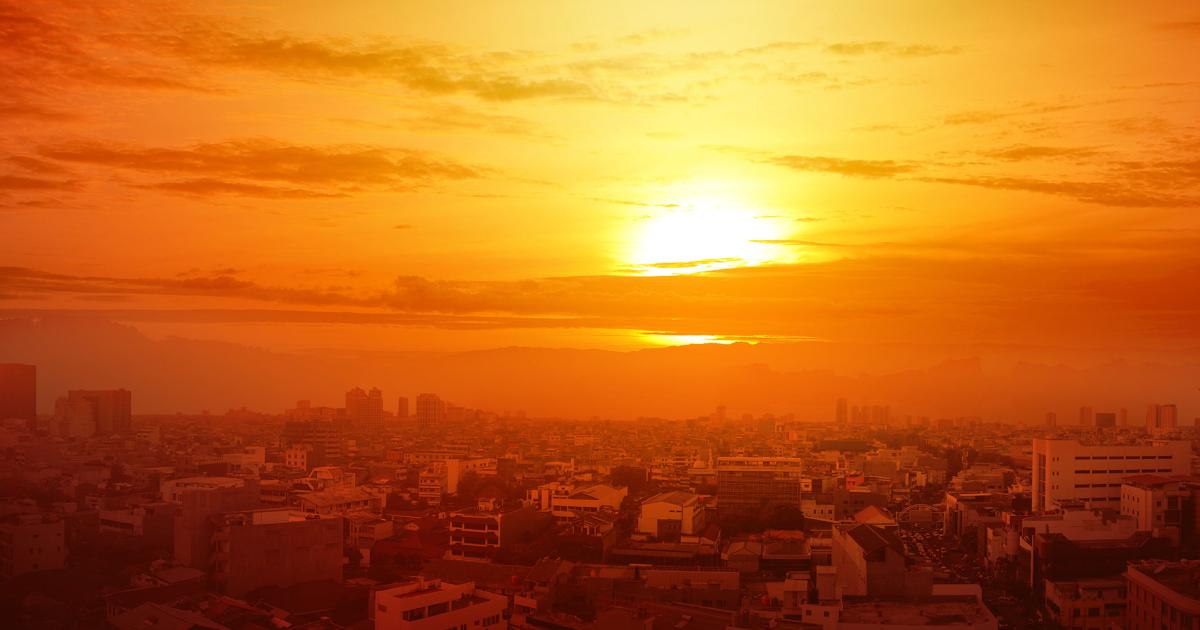 I’ve become reasonably immune, for better or worse, to most mind-numbing headlines. They seem to happen daily. The full plate of issues that comprise my daily media diet has been overflowing with dispiriting news as we humans seem to gorge ourselves on a smorgasbord of conflict and controversy.

But two headlines over the weekend stopped me cold: Record temperatures in India are causing toxic landfills to burst into flames as the country grapples with heat waves, and a 17-story-tall “mountain” of garbage spontaneously combusts during Indian heatwave.

I’m not sure which part of these headlines I found most jaw-dropping — the 17-story landfill, the toxics embedded therein or the spontaneous combustion of the whole shebang. No doubt, all of the above. Whatever the reason, it’s a harbinger of things to come.

Over the past few years, excessive heat attributed to a changing climate has gone from the hypothetical to the horrifying, as temperatures spike around the world. The impacts on health, crops, power grids, water supplies and other critical elements of human existence are growing, too. So are the impacts on companies’ facilities, supply chains, employees and customers.

Welcome to heat as the new risk factor.

Despite the growing attention associated with extreme heat, most indications are that companies and economies haven’t yet warmed up to the risks.

In India last week, temperatures soared past 104 degrees Fahrenheit and were expected to hit 111 degrees over the weekend. The scorching temperatures put more than a billion people at risk of heat-related health impacts, according to scientists. The heatwave is also causing power and water shortages across India, Bangladesh and Pakistan.

India was hoping to leverage Russia’s war on Ukraine to boost its wheat exports. A few weeks ago, Prime Minister Narendra Modi boasted that India’s wheat could “feed the world.” But a searing March and the hottest April in a century turned Modi’s vision to toast.

India is hardly alone: The climate crisis is contributing to worsening weather extremes, including hotter and longer heatwaves and extended droughts, with profound implications for companies and economies. Over the past year, we’ve seen extreme heat in the Pacific Northwest of the United States and in western Canada, where hundreds are believed to have died from the heat. The record-breaking temperatures in the Northwest last summer exacted a serious economic toll, with businesses across the region — many still recovering from coronavirus shutdowns — closing their doors, often to keep employees safe. Heatwaves in California gave farmworkers the Hobson’s choice of toiling in triple-digit temperatures or going without pay. Last summer brought record heat in southern Europe, contributing to an estimated 2,300 “excessive deaths” in Greece alone. In March, more than half of Mexico saw temperatures above 104 degrees.

And the manifestations of climate change are just getting going. Last year, a U.K. government agency concluded that at 3 degrees F of warming (we’re currently at just over 1.8 degrees), the number of people affected by extreme heat stress — a potentially fatal combination of heat and humidity — could increase nearly fifteenfold, from 68 million today to around 1 billion globally. A 4-degree rise could affect “nearly half of the world’s population.”

Despite the growing attention associated with extreme heat, most indications are that companies and economies haven’t yet warmed up to the risks. The looming economic disruptions could be considerable.

Consider energy, for example. According to the Center for Climate and Energy Solutions:

Warmer temperatures affect many aspects of the U.S. energy system, including production, transmission and demand. While higher summer temperatures increase electricity demand for cooling, at the same time, they can lower the ability of transmission lines to carry power, possibly leading to electricity reliability issues like rolling blackouts during heat waves. Although warmer winters will reduce the need for heating, modeling suggests that total U.S. energy use will increase in a warmer future. In addition, as rivers and lakes warm, their capacity for absorbing waste heat from power plants declines.

Or agriculture. In California, where excessive heat is taking its toll on farmworkers, one study found that the number of unsafe working days for farmworkers will double by mid-century. Florida, which experiences both high heat and humidity, could be unsafe for entire growing seasons. Miami-Dade County recently became the world’s first jurisdiction to appoint a chief heat officer to take the lead on climate and extreme heat issues.

The suffering and carnage, and the economic toll, are beginning to get the attention of regulators, insurers and others.

Last year, the credit rating agency Moody’s cataloged how the climate crisis is posing physical risks to some sectors. “Based on an analysis of over 5,000 publicly listed companies and their roughly 2 million underlying facilities, heat stress and water stress threaten the largest proportion of assets across sectors, with multifaceted impacts on human health, resource demand and operations,” it said.

Moody’s singled out manufacturing, transportation and warehousing, utilities, food, mining and construction as the sectors most vulnerable to heat risks. In the food sector, for example, between 55 and 60 percent of the sector’s facilities are at risk of “at least high exposure” to heat stress.

There’s good reason for concern on Wall Street. Research from the University of California, Davis, concluded that episodes of extremely hot weather led to declines in market value, particularly in the South and southeastern United States. The researchers found that equity markets experienced a 0.42 percent loss in the first 20 days after the beginning of a heatwave and about 0.68 percent in longer heatwaves. Investor losses grew to 1.38 percent for costlier events. The most exposed firms lost 1 to 2 percent of their market value.

Of course, the most devastating impacts are usually to employees. Last month, the Biden administration announced a new heat illness prevention campaign and enforcement program. It is also developing a national standard on heat stress for workers. Currently, only California, Minnesota and Washington state have such standards.

The attention to heat is long overdue. And while one might question the wisdom of dealing with the symptom (excessive heat) and not the disease itself (climate change), we need to do both, and soon. As we head into another summer season in the Global North, with its concomitant wildfires, droughts and scorching heat, companies will need to prepare their facilities, supply chains, workforce and infrastructure.

It’s a warming world, and we’ve all got to deal with it.

Thanks for reading. I invite you to follow me on Twitter, subscribe to my Monday morning newsletter, GreenBuzz, from which this was reprinted, and listen to GreenBiz 350, my weekly podcast, co-hosted with Heather Clancy.