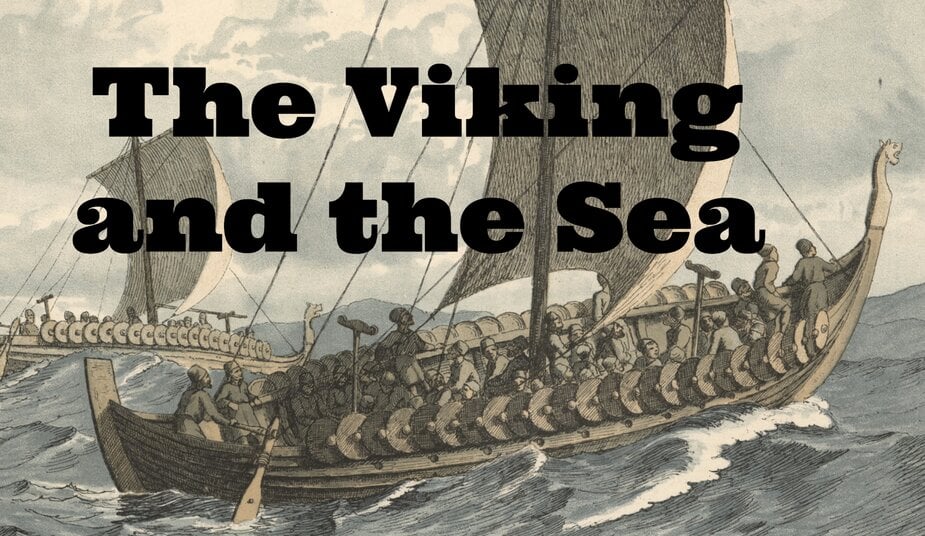 My mother said to me
that they would buy for me
a ship and lovely oars
to go away with Vikings
standing in the stern,
steering the glorious ship,
then putting into ports,
killing a man or two.
~ Egil Skallagrímsson, a tenth-century warrior and poet

Old Norse poetry reveals a deep attachment to both the seas around them and the ships that allowed them to navigate those waters. When searching through the various Old Norse sagas, one can find wonderful examples of warriors going out on voyages of adventure and warfare.

For example, in the Orkneyinga Saga the tale of Rognvaldr Kali Kolsson, Earl of Orkney, is told. He set out by ship in the twelfth century for the Holy Land, sailing south to the Mediterranean. It was during this voyage that Rognvaldr composed this verse while the ship was at anchor to ride out a storm:

These were often dangerous journeys as the Viking ships had to travel the cold waters of the North Atlantic. Steinunn Refsdóttir offers this account of a shipwreck in the year 999, although she told it as a way to mock the Christian missionary Thangbrandr:

Thor snatched Thangbrandr’s longboat,
thwacked it, smashed it, wrecked it,
shook the prow-steed, plowed it
precisely, nicely under.
So sad! No more sliding
of ski upon the sea-foam;
god-gales grabbed sail-horse,
god-winds chewed it splinters.

When a ship did return, from a voyage of raiding or trading, it would have been a joyous occasion. It was for the tenth-century Norwegian queen Gunnhild konungamóðir when she reported to her husband Eric Bloodaxe the arrival of his brother Hakon, dispelling rumours that he had drowned:

Hakon went on wave-back,
from west he rode the board-horse;
his ship was scarcely surf-bit
as he soared into the Fjords.

This article was first published in Medieval Warfare magazine Issue VII:1 – you can buy that issue here. You can also get new issues of the magazine through our Patreon – click here to learn more.