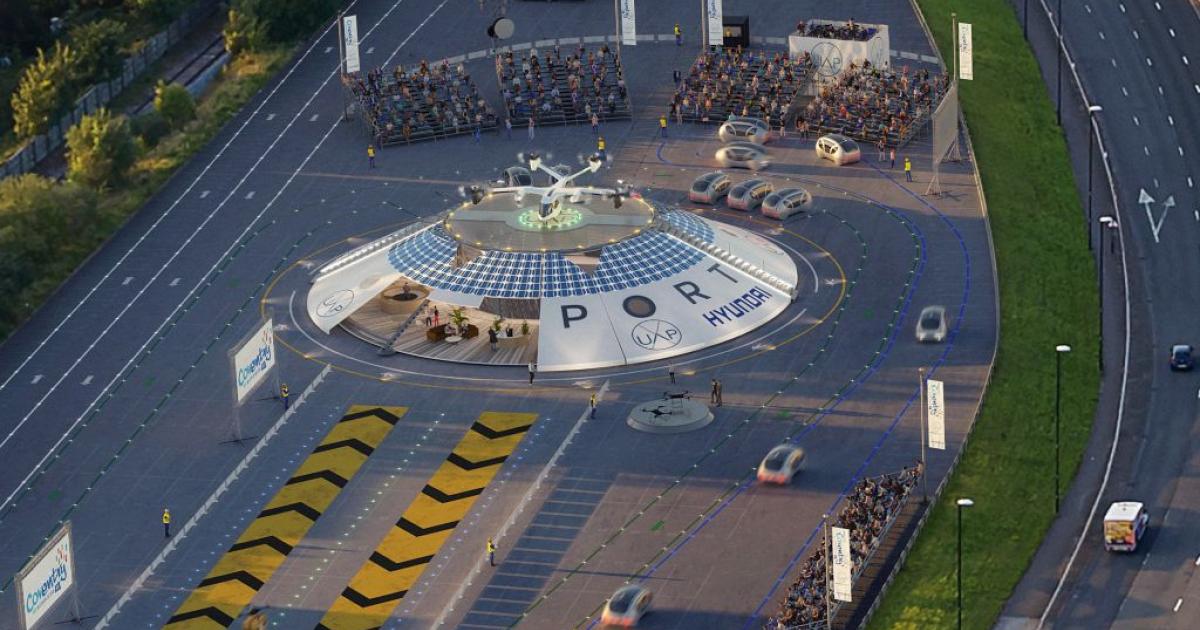 The world’s first airport for electric drones and flying cars just opened in the center of a city in the United Kingdom. If it’s a success, it will be the blueprint for hundreds more around the world.

The pop-up Air-One has been built in the city of Coventry. It’s designed for zero-emission electric drones and air taxis and the airport itself is powered by hydrogen fuel cells.

The project is the result of a partnership between Coventry City Council and U.K. start-up Urban-Air Port Ltd to demonstrate the potential of urban air mobility to cut congestion and air pollution.

Hyundai’s air mobility arm has even sent along a full-size model of its SA-1 air taxi which will be on show at the airport. Urban-Air Port says that the lack of suitable infrastructure is one of the biggest obstacles to the development of electric vertical take-off (eVTOL) aircraft.

Air-One is designed to be fully autonomous and to integrate with electric vehicles to create a completely sustainable public transport network. It’s also easy to build. The whole project in Coventry took just 15 months from planning to completion.

Describing the opening as a momentous moment, Ricky Sandhu, founder of Urban-Air Port, said it was the start of “a new age of transport, an age of zero-emission, congestion-free travel between and within cities that will make people healthier, happier and more connected.”

The future of urban transport

Researchers say the market for advanced air mobility could reach $12.4 billion worldwide by 2027.

Air-One will be open to the public throughout the summer and then Urban-Air Port plans to dismantle it and move it to other U.K. sites so that more people can see the concept in action. While the Coventry site is open there will be demonstration flights by police and freight drones.

“Cars have roads. Trains have rails. Planes have airports. Now, eVTOLs have an Urban-Air Port,” he said.