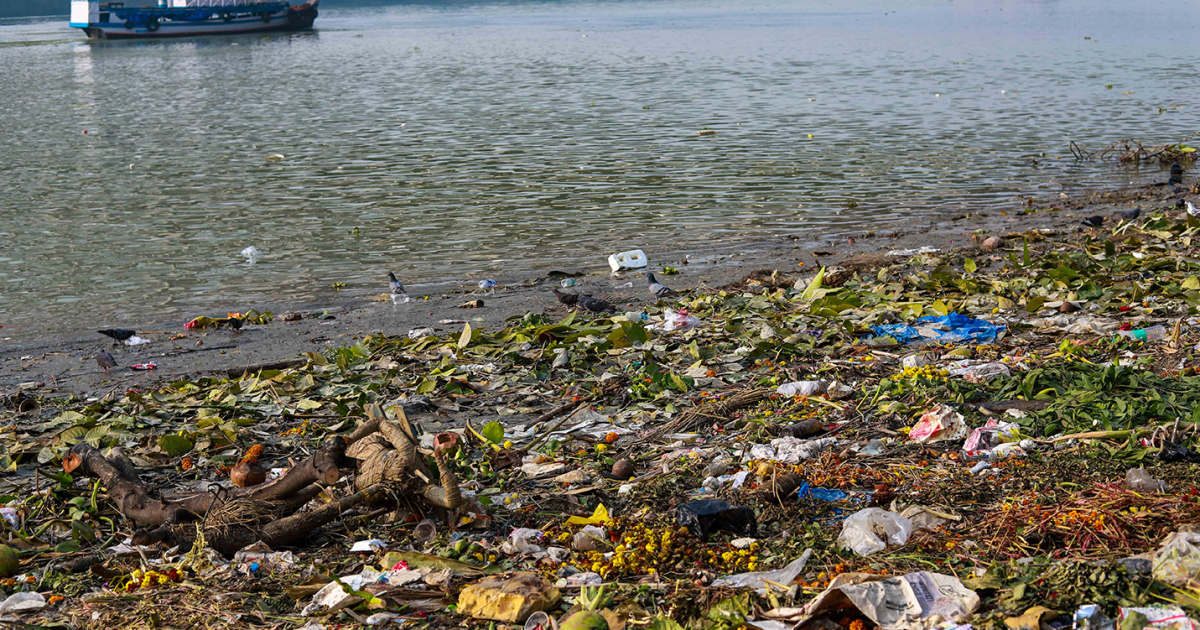 Protecting ocean ecosystems from plastic pollution is one of the defining environmental imperatives of our time.

The sheer scale of the challenge is daunting. The UN Environment Programme (UNEP) says 8 million tonnes of plastic waste end up in our oceans every year, and forecasts suggest this could double by 2025 if we don’t take drastic action. The UNEP chart below shows that more than 90 percent of all ocean plastic is being swept into the seas from just 10 of the world’s great river systems.

Almost all ocean plastic is swept into the sea from river systems. Image: UN Environment Programme.

The statistics can seem overwhelming, adding to a sense of a task so monumental, it could be impossible to achieve. But a number of companies have sprung up to tackle the problem at source. They’re bringing low-tech but innovative solutions that are already making a big difference.

Cleaning up rivers to protect the oceans

Plastic Fischer was founded by three friends. They were spurred into action after seeing the scale of plastic pollution in the Mekong River in Vietnam while on holiday. They quickly realized there was little active intervention to mitigate against the endless tide of plastic, so they decided to do something about it.

Applying a principle of locally built, low-tech and low-cost, they created their “TrashBoom” — a floating barrage stretched across a river to capture plastic waste as the current takes it downstream.

A single section of the TrashBoom, with the plastic floats and mesh sections visible. Image: Plastic Fischer

The TrashBoom consists of floats made from standard plastic piping, attached to wire mesh barriers that resemble fencing. The mesh barrier extends down into the water to capture pieces of plastic floating below the surface. Plastic Fischer says the simplicity of the TrashBoom means the device can be built, repaired and scaled quickly in emerging markets.

The team at Plastic Fischer joined forces with the national army in Bandung, Indonesia, to develop and test the TrashBoom on one of the world’s most polluted rivers.

A TrashBoom in operation on the heavily polluted Citarum River in Bandung, Indonesia. Image: Plastic Fischer

The device dramatically increased the amount of plastic waste that could be recovered from the river.

After proving the concept of the TrashBoom, Plastic Fischer plans to rapidly scale up deployments in Indonesia, Vietnam and India. The company will make the technology open source, to increase opportunities to capture plastic in rivers around the world. There are detailed instructions on how to build and operate the TrashBoom on the Plastic Fischer website.

Another company bringing an innovation mindset to the problem of ocean plastic is Finland’s RiverRecycle.

The business aims to install 500 cleaning and recycling points on the rivers that discharge the most plastic pollution into oceans. Communities hosting the company’s technology benefit not only from a cleaner environment, but also from new jobs created to service the recycling process.

Having 500 operational systems in place will take more than 3 million tonnes of waste out of the environment every year, while injecting over $300 million into host communities and providing enhanced income to more than 400,000 people, the company says.

RiverRecycle says it recognizes that hauling plastic out of rivers is only the first stage of a much wider process. As well as helping communities effectively manage plastic waste, it says its technology can offer “safe and fair work, and help to stimulate the economy by involving companies who will buy the end products of the river cleaning and recycling system.”

Making a difference in Mumbai

RiverRecycle’s projects include a facility on the Mithi River in Mumbai, India. The video below shows the waste collection process of removing large amounts of plastic from the water.

Plastic collected from the river is fed into a chemical recycling facility, creating value from waste that would otherwise end up in the ocean or the local environment. The project also provides training in waste management and has increased trash separation at source from households in Kurla and the surrounding areas.

Plastic Fischer and RiverRecycle are part of the World Economic Forum’s UpLink platform. UpLink crowdsources innovations to tackle some of the world’s biggest challenges. It is working to reduce plastic pollution in collaboration with the Global Plastic Action Partnership. Together they have formed the Global Plastic Innovation Network to empower a community of high-potential innovators to tackle plastic pollution.