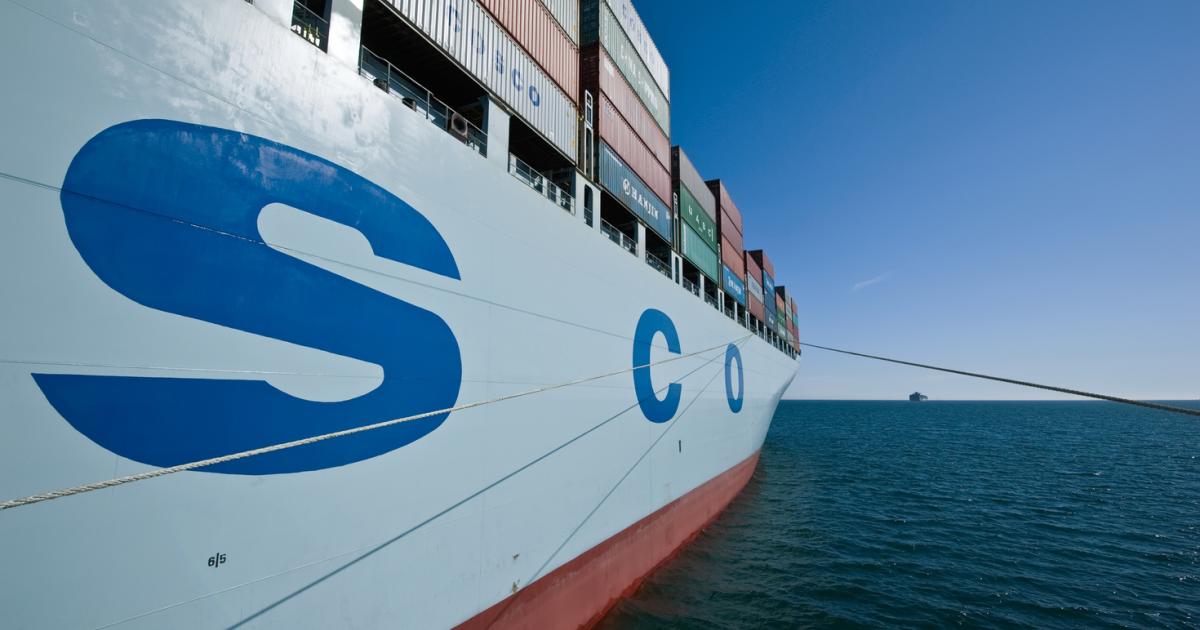 Emissions from international shipping and aviation are not explicitly mentioned in the 2015 Paris Agreement — a legally binding international treaty on climate change signed at COP21 in 2015 — but efforts to decarbonize shipping have intensified since the adoption of the International Maritime Organization’s (IMO) Initial Strategy on GHG Reduction in 2018. The IMO’s greenhouse gas (GHG) strategy called for at least a 50 percent reduction (compared to 2008) of CO2 emissions from shipping by 2050.

In measuring the progress of both the Paris agreement and the maritime organization’s GHG strategy, the Getting to Zero Coalition — a group founded by the Global Maritime Forum, Friends of Ocean Action and the World Economic Forum — has launched “A Strategy for the Transition to Zero-Emission Shipping,” an analysis prepared by University Maritime Advisory Services (UMAS) on how the sector can move away from the use of fossil fuels.

The analysis identifies key aspects needed to enable the transition including how political and economic factors can impact the shipping industry’ commercial and technical capacity to deploy zero-emission vessels and fuels. The transition strategy also analyzes how policy-making, at the national, regional and global levels, plays a critical role in the transition towards net-zero shipping.

The next steps to kick-start the transition are likely to be taken by national governments and industry actors.

A recent industry-led Call to Action for Shipping Decarbonization, coordinated by the Getting to Zero Coalition, has also amassed around 200 signatories with industry members committing to rapidly scaling the deployment of zero-emission vessels and fuels so that they reach 5 percent by 2030, and zero emissions by 2050.

The question is how to go about the transition and ensure that industry and government can collaborate in the delivery of the objectives.

Our analysis drew on key outcomes and lessons learned from other technological and supply chain transitions to form insights on what a shipping energy transition could look like. While several parallels can be drawn between transitions that have already taken place, certain nuances specific to the shipping industry should not be ignored.

First, current policy and industry actions are insufficient to support the shipping industry’s transition because it will require large-scale, rapid and transformative deployment. Policy-makers need to prepare today to avoid disruptions later. Some key preparations include efficiency improvements and optimizing wind assistance. This will help to lower the fuel bill for the zero-emission shipping of the future, which will be essential to the economics of the transition.

The urgent need for cross-cutting action towards achieving net-zero targets should not be underestimated. Although the IMO has taken important first steps, the next steps to kick-start the transition — testing, collaboration, early-stage investment — are likely to be taken by national governments and industry actors.

As zero-emission solutions scale up globally, the IMO will play another key role in driving the later stages of the transition. But for that to happen effectively, national governments and industry actors need to start now.

The IMO’s GHG strategy supports every actor along the zero-emissions supply chain by placing as much weight on equity as it does on emissions reduction. Industry actors and national governments are empowered to suggest creative ways to make the transition both equitable and impactful.

Alternative fuel pathways may emerge over time — but scalable, zero-emission fuels are the key to managing greenhouse gases and cooling our warming planet.

Actors in the shipping industry have worked hard to seek out alternative fuels to shift away from carbon-intensive sources of energy. In so doing, the cost of fuels has been a key consideration, but not the only one. While techno-economic analyses have shown that green ammonia is the cheapest alternative right now, cheaper options could dominate the transition in future.

Fuels that don’t depend on carbon inputs, such as green hydrogen, will have an advantage during the period of rapid scale-up.

In terms of investment in vessels, our analysis finds that the number of ships needing retrofits to use zero-emission fuels may be roughly the same as the number of zero-emission vessels being newly built over the course of the transition. As seen in the graph above, shipowners and investors will need to scale up their retrofitting efforts in the early 2030s, something that they should be planning for today.

Ships entering fleets in the near term can be retrofitted to use scalable, zero-emission fuels (SZEFs). This will mitigate risks during the transitional phase. All things considered, to scale up zero-emissions vessels by 2030, we must act now. Early action is needed to achieve 5 percent SZEF use in international shipping by 2030, a prerequisite to reaching zero GHG emissions by 2050.

Our analysis finds that those who transition to SZEFs in this decade will likely be operating vessels that make regular journeys along specific geographical routes. These early adopter vessels include ferries, container ships, tankers and bulk carriers. Their most likely routes would be those with simple and predictable operation patterns between two or more countries with the capacity for low-cost green hydrogen production.

Given that they will operate only between a small number of countries, national or plurilateral action may be able to create the incentives necessary for a quicker transition to green energy. Our analysis points to actors such as Japan, China and the U.S., European Union and Norway as possible leaders for national and regional action.

Although the transition will require a lot of effort, our analysis shows that this kind of collaborative action is not unprecedented and is entirely possible. Stakeholders in industry, finance and government will need to take the initiative where they can, to encourage reciprocal action from others.

When all the threads of our analysis are drawn together, the resulting strategy provides a detailed breakdown of necessary actions from now through to 2040. While a great deal of uncertainty remains, this guide could be a useful tool for industry and governments alike as they move forward on the journey to zero emissions.