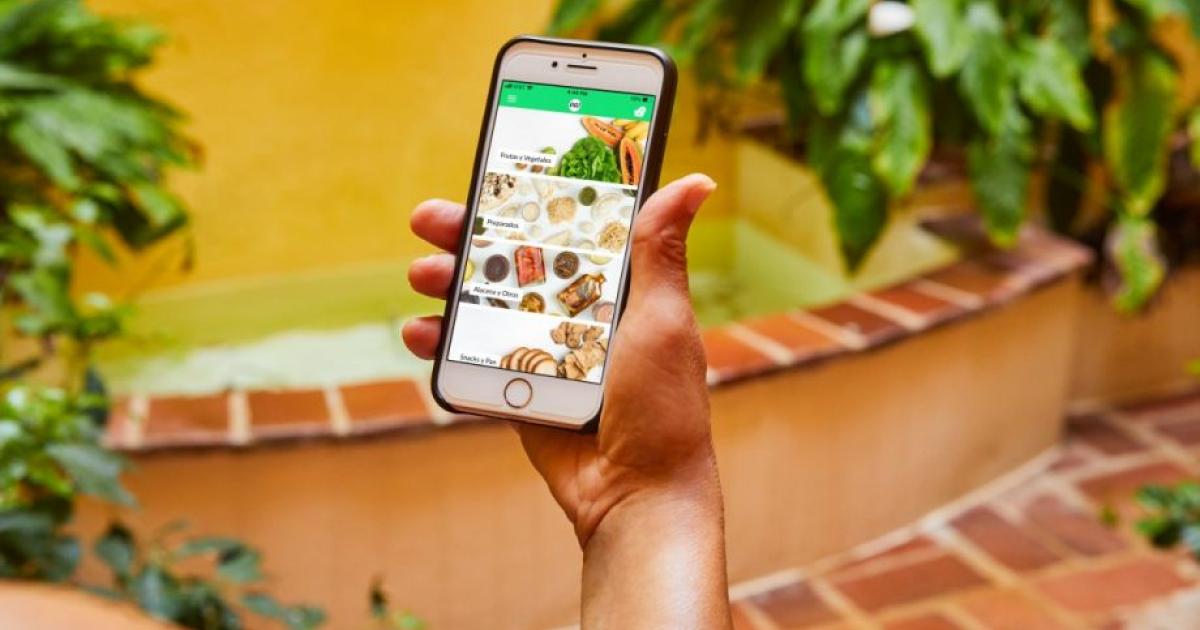 Right after tropical storm Isaías hit Puerto Rico in July 2020, Crystal Díaz had to move plantains on the Island. And fast. She says half of the plantain producers on the Island were left with their fruits on the soil just a few weeks before harvesting.

“So we had to move quickly to buy and sell as much plantains as possible,” says Díaz, co-founder and co-CEO of PRoduce, an app in Puerto Rico connecting food producers directly with consumers, helping to create sustainable food systems on the Island.

“We shared this challenge with other local businesses to create and promote special menus in restaurants, frozen soups, ice creams, frozen tostones and all kinds of added-value products that extended the life of the produce while buying from several farmers. Having these connections with the local farmers, understanding their needs and being able to move quickly during a seasonality is key.”

They were able to save over 10,000 plantains in the first few weeks after the hurricane by purchasing from 15 producers and selling them at 30 cents per plantain, leading many local consumers to purchase large quantities, Diaz says.

PRoduce was created to solve the problem of the chefs and cooks that wanted to serve locally sourced ingredients in their restaurants but were unable to because of the small scale and disorganized nature of the local food production on Puerto Rico, says Crystal Díaz, co-founder and co-CEO of PRoduce. It is a mobile application that allows consumers to shop anytime, anywhere, from the palm of their hand, find a large variety of fresh and local products and have their purchases delivered to their homes. Delivery is available throughout all of Puerto Rico, which, on average, imports 85 percent of its food.

Chefs wanted to serve locally sourced ingredients in their restaurants but were unable to because of the small scale and disorganized nature of local food production on Puerto Rico.

“We carry the largest variety of locally sourced products,” she says. “Having a hub and the logistics in-house, it allows us to always carry fresh ingredients….. Pricewise, we are very competitive with the largest supermarkets in spite of not having the volume.”

PRoduce first started as a food box subscription, where a preset order of products was delivered to people. But when the pandemic hit, Díaz says they were ready to offer the app to customers and chefs to choose from a large variety of fresh, locally sourced products while allowing hundreds of local producers to sell their products when restaurants and hotels closed their doors. The app allows people to customize what they order. Today, PRoduce has 40,000 users and more than 600 local producers. The James Beard Foundation recently honored PRoduce as one of 12 leadership and resilience projects in its 2021 awards edition.

“We saw the need to create PRoduce to be able to connect with so many products that were no longer used because they are not produced industrially. Ingredients are to the cook what words are to a writer, and the more variety we have, the more interesting the story we can tell through cooking, while also contributing to the sustainability of ecosystems,” says Martin Louzao, co-founder of PRoduce and the chef and co-owner of Cocina Abierta; Atelier Cocina Abierta, a private demo kitchen; and the Oriundo project, a food research project that has weekly pop-ups cooked by Martin with 100 percent locally sourced ingredients at the Atelier space.

One example of this is lionfish, an invasive species that can be eaten, but not everyone knows how to cook them. Louzao created a Lionfish Garum, a condiment that replaces salt and that can be used in South Asian-inspired dishes.

Knowing the origin of your food not only connects you with all the people that work to produce it, but also makes you question where and how it was produced, Díaz says.

“Nowadays, there are generations that think that most food comes in a styrofoam box, covered in plastic or in a can,” she says. “This not only is an environmental problem, but it also plays a role in the lack of nutrients most people ingest and questions how each of these ingredients were processed from seed to packaging, how the people that manage these foods get paid or in what conditions do they work.”

Food is not only nutrition, but also politics and economics.

Further, she adds: “Food is not only nutrition, but also politics and economics. It is something that most people consume at least three times a day and has a huge socioeconomic and environmental footprint.”

Wanda Fraguada, a user of the app, says that during the height of the pandemic, she was cooking a lot more at home. “I was trying to be more varied with the things I was purchasing,” she says. “In terms of COVID-19 what changed more for me in terms of consuming is the amount of food that I was buying because I was eating more at home.”

She says that she is also a fan of the app because it keeps money locally. “You need to understand that if you don’t put your money in your local entrepreneurs and your local businesses, the economy is never going to grow properly. And you’re always going to be dependent on people from the outside,” she says. “It was very important for me to teach my son that you should always try to consume locally because you’re affecting the local community and the local economy directly.”