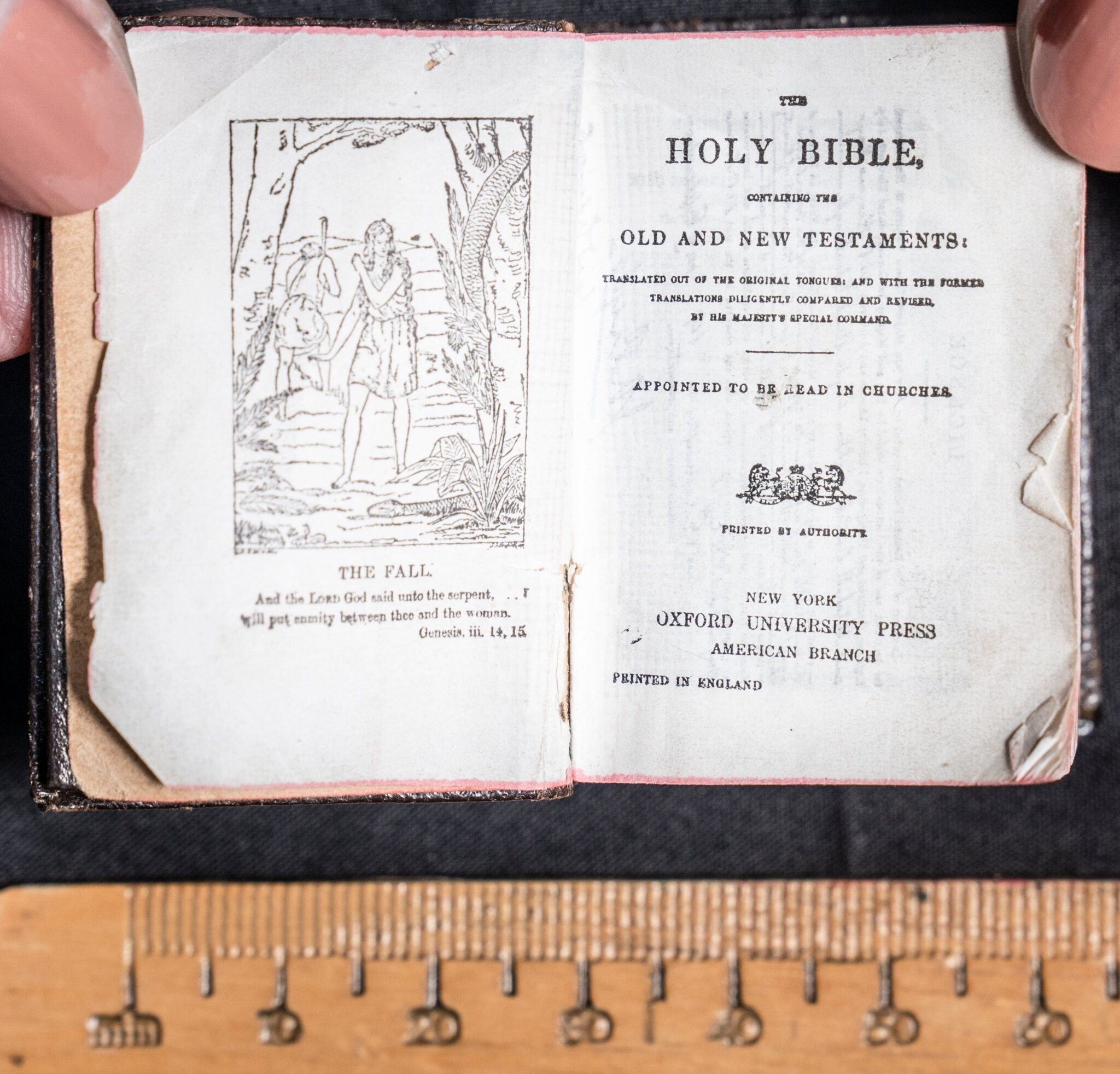 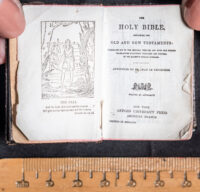 Librarians at the Leeds Central Library took advantage of the lockdowns to thoroughly survey and catalogue the rare book and special collections. In the process, they documented more than 3,000 items that had fallen through the cracks, including a Bible so small that you need a magnifying glass to read it.

The tiny tome is just 1.9 by 1.3 inches in dimension but contains the entire Old and New Testaments printed on 876 pages of India paper. It was printed in 1911 as a replica of the 1539 Great Bible, a choice so ironic it had to have been intentional, because the Great Bible was printed in 1539 by order of Thomas Cromwell who issued an directive that all churches place a copy of “the largest volume in English” in an accessible location so that all parishioners could read it at will. The Bibles would be chained to the lecterns and pulpits to keep them secure, earning the Great Bible the nickname “Chained Bible.” 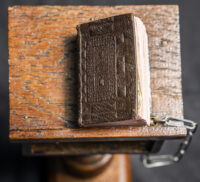 When the tiny copy was printed, it was billed as the smallest Bible in the world, which it probably was not, but it was certainly in the running. (My great-grandmother gave me a tiny Bible about this size when I was a child, and it only contained the New Testament and Psalms.)

[Rhian Isaac, special collections senior librarian at Leeds City Library,] said its origins are a mystery as it only resurfaced when the library decided to do a comprehensive survey during lockdown closures.

Asked where it came from, she said: “We don’t know. It’s a bit of a mystery, really. A lot of items in our collection were either bought over time or they might have been donated.

Another notable new find in the collection is a fake: Oliver Twiss, a shameless knock-off of Charles Dickens’ classic Oliver Twist. It was one of

many novels plagiarized from Dickens published by future Penny Dreadful press magnate Edward Lloyd who claimed he was just giving people on a budget the chance to enjoy a popular book since Dickens’ publishers refused to offer any low-cost options. He certainly leaned into the “misunderstanding,” though, claiming his versions were written/edited by one ‘Bos,’ itself a rip-off of Dickens’ pen name, Boz. Other titles by “Bos” Lloyd published with intent to deceive were Martin Guzzlewit, The Penny Pickwick and Nickelas Nickelbery.

Dickens was enraged by Lloyd’s theft and his publishers sued on the grounds that The Penny Pickwick was a “fraudulent imitation” of The Pickwick Papers, its cheap covers meant to deceive the unwary into buying the fake thinking it was the real thing. The judge ruled that no reasonable person could confuse so crappy a counterfeit for the real thing, and the publishers made no copyright argument to protect the integrity of the book’s content, so the floodgates opened and everyone and their mother started cranking out fake Dickens stories. The characters were rough cognates with variant names and coarser behaviors tailored to appeal to the perceived tastes of the penny buyer, and the would-be Dickenses took all kinds of liberties with the stories. Oliver Twiss, for example, is punished at the workhouse for fighting off bullies, not for asking for more delicious gruel, and he ends up earning a degree at Oxford.

Rhian Isaac encourages everyone to come and see these curious volumes in person. They’ll even supply the magnifying glass.

She added: “We ask people to get in touch and we can bring them out for people to see.

“You don’t have to be an academic or an researcher. If you’re just interested, we can get them out for you and you can come and read them in our beautiful grade II-listed building, which is a wonderful place to come and do some studying.

“We would rather these books were used and read. That’s what they were made for and that’s what we encourage people to come in and do, instead of locking them away.”