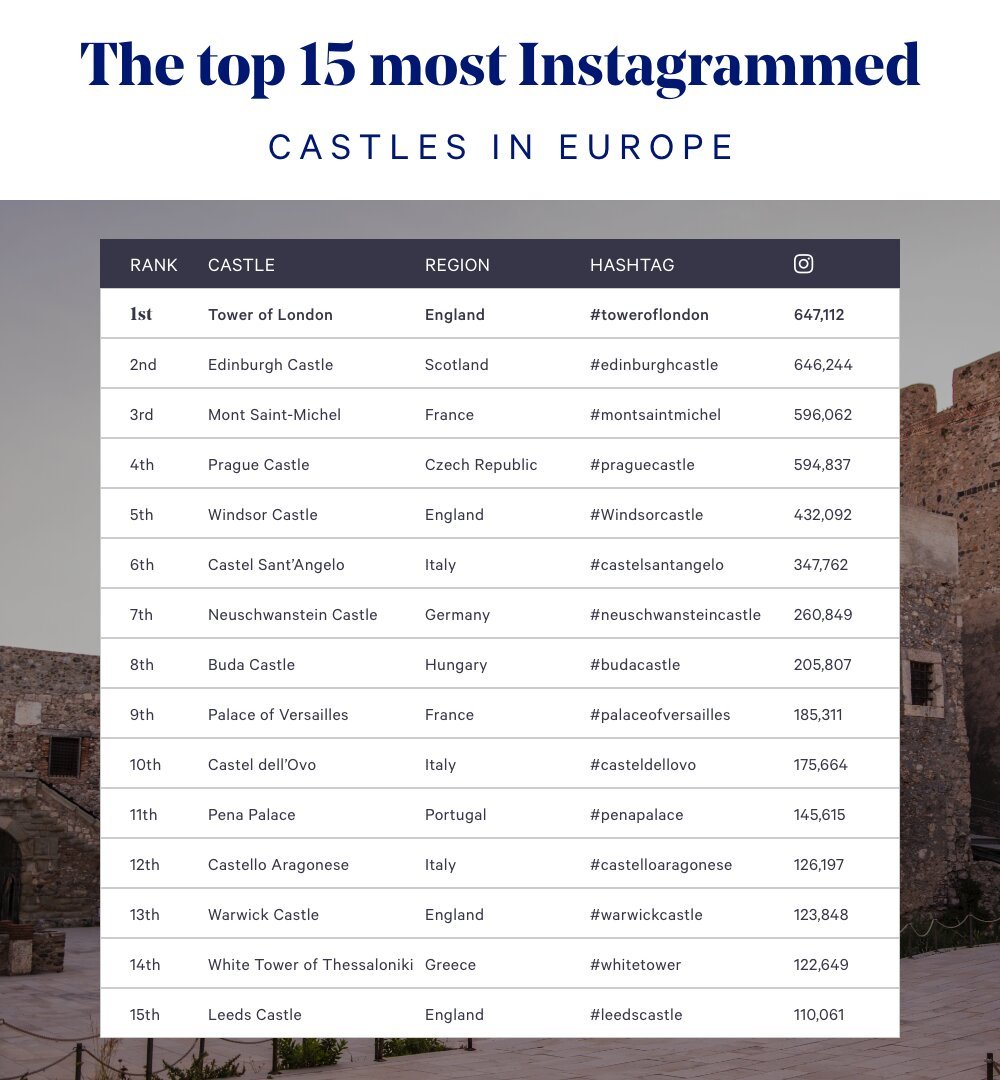 The Tower of London, already one of Europe’s most well-known medieval landmarks, has received another accolade – the most Instagrammable Castle.

The results are from research carried out by the rental company The Thinking Traveller. They looked at Instagram, one of the leading social media sites, to come up with a list of the 15 most Instagrammable castles in Europe. This is based on recorded the number of hashtags on Instagram attributed to major castles by searching both [destination name]+castle.

The Tower of London, the earliest parts of which date back to 1078, has received an impressive 647,112 posts on Instagram. Edinburgh Castle took the second spot as the most Instagrammable European castle, generating an immense 646,244 posts.

The French icon Mont Saint-Michel in Normandy earned third place. The picturesque tiny island with a population of fewer than 30 people was captured in 596,062 posts on Instagram. Rounding out the top five most Instagrammable castles are Prague Castle in Czechia with 594,837 posts and the famous royal residence Windsor Castle with 432,092 posts.

Below is the full list of the 15 most Instagrammed castles in Europe:

“There is something hauntingly beautiful about the Mediterranean’s majestic castles and fortresses,” says Antoine Levy, Sales and Marketing Director at The Thinking Traveller. “The history attached to these architectural landmarks is truly captivating, from heroic battles and ghostly legends to tragic love stories; every year thousands of people flock to explore where history meets legend. We wanted to find out which of these iconic landmarks were the most popular and create a resource that would inspire travellers to visit the most photogenic castles across Europe.”