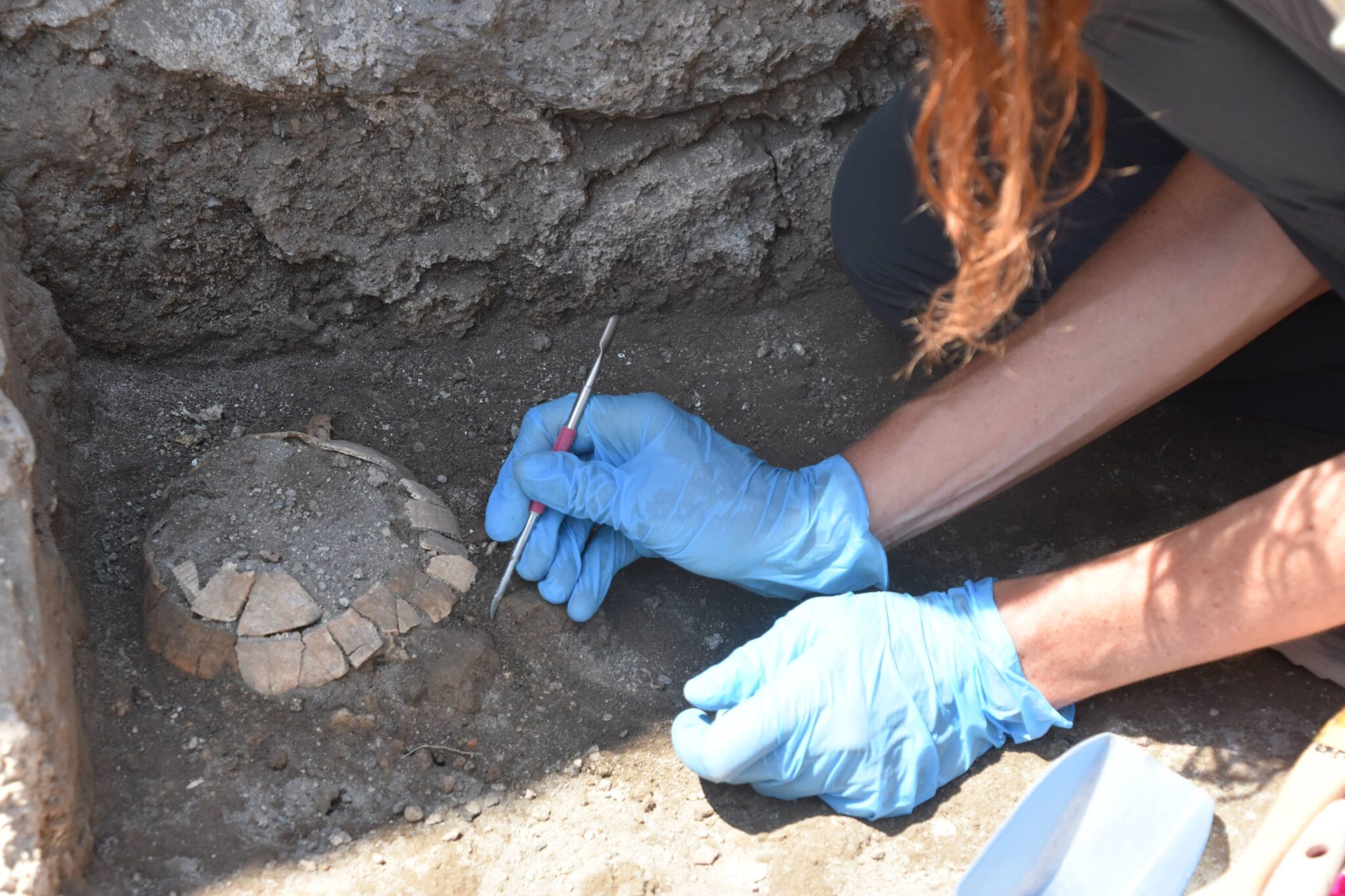 The remains of a tortoise and the egg she never laid have been discovered in Pompeii, but here’s a twist: she was not killed in the eruption of Vesuvius, but rather of natural causes sometime between the earthquake that struck the city in 62 A.D. and its destruction in 79 A.D. This is not the first tortoise found in Pompeii, but the others have been found in wealthy homes or gardens. She was found in a shop.

The discovery was made in an excavation of the Stabian baths on the Via dell’Abbondanza, Pompeii’s longest and busiest street. The site had once been a small building adjacent to the baths, but it was reduced to rubble by the earthquake. Eventually, the rubble was removed or compacted and the building was reconstructed as a shopfront attached to the baths.

In the southwest corner of the shop, behind a square basin that survived the earthquake, archaeologists found the remains of a female Testudo hermanni. She made tunneled her way into the room looking for a secure place to lay her one egg. She died there, likely as a result of dystocia, or egg retention, caused by a deficiency in the environment — lack of appropriate nesting materials, unpropitious climate — or her diet. Unless the egg is laid (or removed by human intervention), the animal dies.

The discovery of the tortoise is evidence that even the houses in the very heart of the city’s busiest thoroughfare were immediately rebuilt after they were reduced to rubble by the earthquake. Instead, they were abandoned and so devoid of human presence that wild animals made homes for themselves there instead. When the shopfront was rebuilt after the earthquake, nobody the poor tortoise and she was buried in the construction fill that raised the floor level.

The tortoise was removed in three phases. First the carapace, which at just 5.5 inches long indicates the specimen was immature. (Adult carapaces are in the 8-10 inch range. Her youth could have also played a role in her inability to lay her egg.) The egg was removed with the carapace. The skeleton of the tortoise was removed next, and the plastron, the ventral part of the shell, last. The remains were transferred to Pompeii’s Applied Research Laboratory for further study by archaeozoologists.