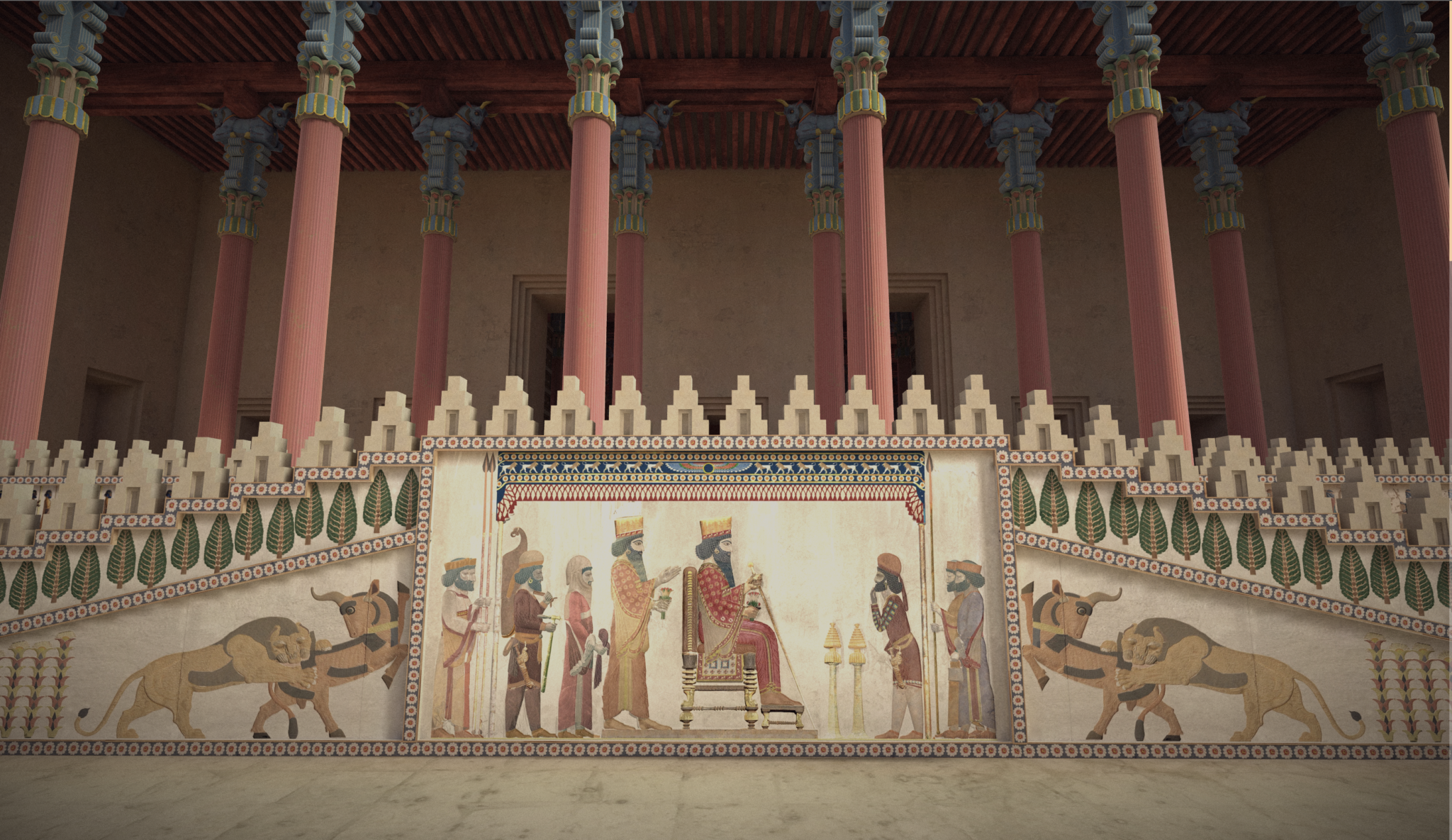 The Getty has added new virtual experiences to dovetail with and enhance its new exhibition Persia: Ancient Iran and the Classical World which opened at the Getty Villa Museum last month and runs through August 8th.

The exhibition looks at the relationship between Classical Greece and Rome and the Persian Empire over three dynasties (Achaemenid, Parthian and Sasanian) and 1,100 years (550 B.C. – 650 A.D.). The cultural links between the three ancient powers were strong notwithstanding their often bellicose political relations.

“The military rivalry between the ancient Persian empires that controlled much of the modern Middle East, and the Greeks and Romans of the eastern Mediterranean, determined the geopolitical map of Eurasia from Britain in the west to the border of India in the east for over a thousand years. In the early 5th century BC, against all odds, the Greeks repulsed a series of Achaemenid invasions that would have changed the cultural trajectory of Europe. Two and a half centuries later, Alexander the Great’s conquest of the East brought down the Achaemenids but also inspired an epochal cross-fertilization of the two cultures and traditions. The rise of the Romans as the major Mediterranean power from the 2nd century BC made a clash

of titans inevitable. More than once the destinies of Europe and the Middle East hung on the outcome of mighty battles between the Roman emperors and the Parthian and Sasanian kings. Yet throughout all these violent vicissitudes, an active exchange of goods, languages, ideas, faiths, and artistic visions, reflecting a strong mutual respect, flourished in both directions. We see this most vividly in the imperial imagery celebrating their kings and rulers that was propagated by both the Persians and their Greek and Roman adversaries. As we ponder the most significant turning points in Eurasian history, there was perhaps no more momentous encounter than that between Persia and the Classical World,” says Timothy Potts, Maria Hummer-Tuttle and Robert Tuttle Director of the J. Paul Getty Museum.

“The many spectacular objects on view are extraordinary expressions of Persian political and cultural identity, many of them among the most famous masterpieces of Persian art. I hope this exhibition will convey how fruitful the intermingling of very different artistic and other cultural traditions was for both cultures, as can still be seen in aspects of our visual arts today.”

The exceptional collection of artifacts on display include architectural reliefs, intaglio gemstones, cuneiform seals, jewelry, precious serving dishes and royal sculpture on loan from institutions all over the Unites States, Europe and the Middle East. Many of the artifacts are on display in the US for the first time.

The objects in the exhibition are enhanced and contextualized by a cutting-edge immersive film offered to visitors at the Getty Villa. The movie takes viewers on a tour through the royal palace complex in the Achaemenid capital of Persepolis in its heyday before Alexander the Great burned it to the ground in the 330 B.C. It uses the same technology used in the Disney+ series The Mandalorian to give a 360-degree HD viewing experience for people lucky enough to see the exhibition in person.

For people without easy access to Malibu, the museum has created Persepolis Reimagined, an online interactive digital tour of Persepolis so we can virtually fly into the capital, through the bulls guarding the Gate of All Nations, into the Apadana (audience hall), through the Palace of Xerxes, the Southeastern Palace, the Royal Treasury and the Hall of 100 Columns. At each stage there are clickable interactive elements that go into further detail about the features and in some cases, what remains of those features today. It is easy to navigate, beautifully modeled and strikes a good balance between richness of content and digestibility.

Potts adds: “I am especially pleased that visitors to the exhibition will also be able to explore some of the highlights of ancient Iranian art and architecture through digital technologies. Two innovative digital experiences—one an immersive on-site experience at the Villa; the other accessible online—will allow visitors to walk in the steps of a Persian dignitary through a digital reconstruction of the spectacular Achaemenid palace of Persepolis. These new tools, in partnership with the latest scholarship, can provide dynamic, interactive engagement with distant places and cultures, and we hope to expand their use in the future.” 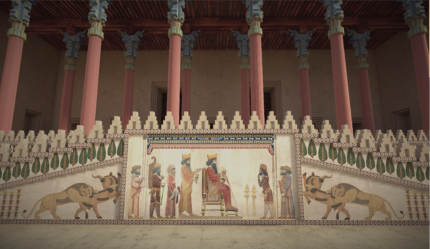