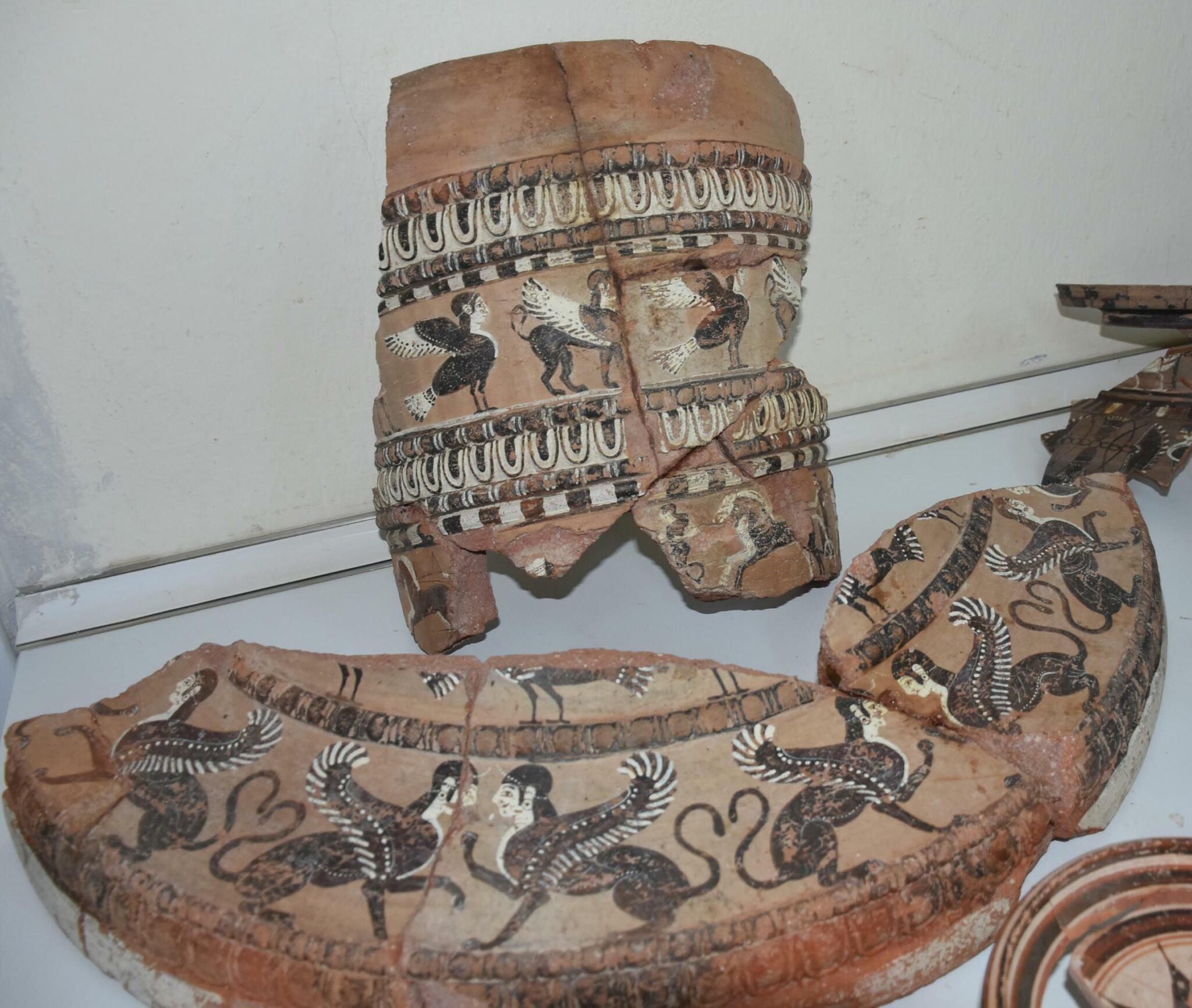 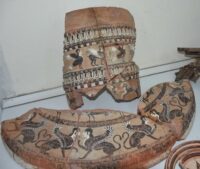 Excavations at the ancient Greek city of Klazomenai, modern-day Urla near Izmir, western Turkey, have unearthed a unique perirrhanterion, (a ritual wash basin) painted with mythological figures and a chariot race. It dates to the 6th century B.C. Large sections of the vessel and its base preserve geometric borders painted over an embossed relief. Within the borders are sphinxes, sirens and chariots following each other around the cylindrical base. The perirrhanterion is one of a kind; no other examples have ever been found with elaborate figural paintings.

The perirrhanterion was a shallow water basin used in temples for ritual purification. Supported by a central column, the basin was placed at the entrance to a temple or sanctuary for worshipers to cleanse themselves before entering. The earliest of them date to the 7th century B.C. The Archaic examples adorned the central column with supportive karyatids and animals, but the form was pared down over time. By the 4th century B.C., perirrhanteria had lost the decorative supports and evolved into a more simple basin-on-column design which remained the standard until the demise of paganism.

Perirrhanteria are are usually found in fragments. Some of the columns, especially the extra-sturdy Archaic ones, seem to have made it through the destruction of the temples a little more intact, see this beautiful base  supported by six karyatids found just south of the Parthenon, for example. The basins themselves range from largely undecorated (as in the case of this fragmented marble basin from Naukratis, a Greek colony on the Nile Delta, whose only surviving adornment is the first three letters of an inscription to Apollo) to painted in simple color blocks or carved in relief patterns.

Klazomenai was one of the 12 cities of the Ionian League. Its major industry was the production and export of olive oil, a business which relied on pottery vessels for storage and transportation. The city became the center of ceramic production in Western Anatolia and its vessels have been found as far away as France and Northern Africa. Its most famously ceramic works are the elaborately painted clay sarcophaguses manufactured there between 550 B.C. and 470 B.C. They were decorated with ornamental motifs (Greek key, palmettes, egg-and-dart), mythological figures and scenes from battle, the hunt and athletic competitions. Most of the painting is in the black-figure technique with details and accents in white. The painting on the newly-discovered perirrhanterion is also black-figure with white accents and shares motifs with the famed sarcophagi.