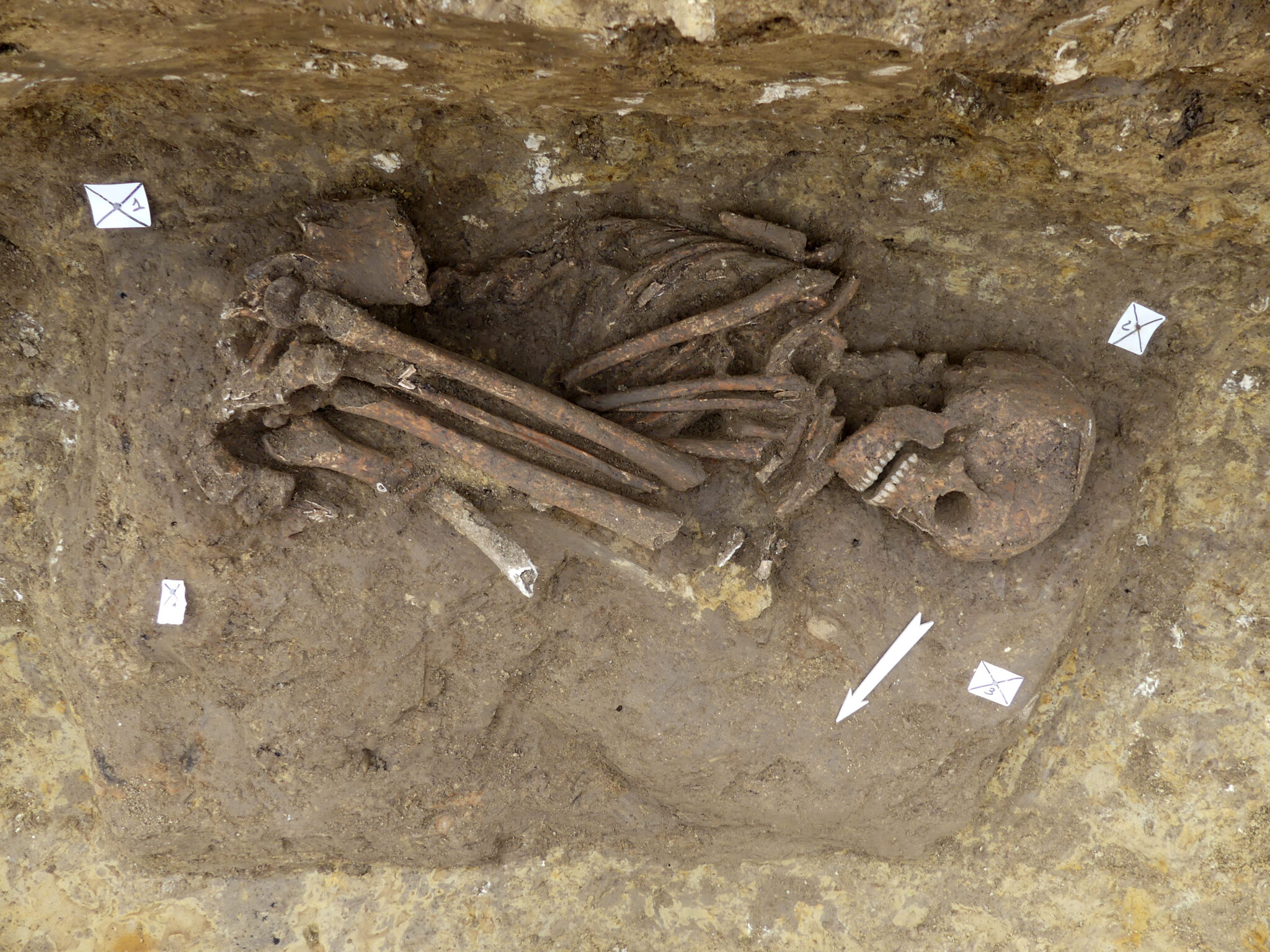 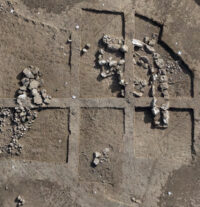 An excavation in advance of housing construction in Saint-Geniès-de-Fontedit, southern France, has revealed a protohistoric settlement built in the Neolithic and occupied into the Bronze Age. Between November 2021 and April 2022, the excavation unearthed evidence of almost 180 structures, including palisade trenches, storage cellars and semi-subterranean kilns or silos. The site is rich in artifacts, primarily potsherds and millstones, that attest to the daily lives of the people who lived in this ancient rural community over the centuries.

The excavations revealed a complex network of ditches and trenches of palisades which came to encircle a vast habitat whose above-ground parts have now disappeared. The largest of these ditches are more than 2 meters deep, while the narrower and shallower excavations probably correspond to trenches linked to the installation of posts which were to participate in the construction of a palisade or a rampart. This desire to entrench the dwellings behind such constructions is frequent at the end of the Neolithic and could reflect a particular architectural tradition, a new way of perceiving the integration of villages into the landscape or be the witness of political instability and a desire to protect themselves.

A few unusual structures, such as a small C-shaped ditch or an L-shaped interruption, remain quite enigmatic and may correspond to special developments located near the main entrance to the village.

The first dates obtained on these developments place their construction between 2500 and 2200 BC, which corresponds to the last phase of the Languedoc Final Neolithic (Chalcolithic). 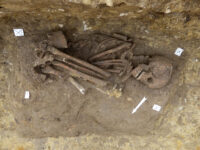 The oldest structures were abandoned at some point and later reused for burials. The remains of a child were found buried on the floor of a kiln and several adult skeletons were discovered at the bottom of storage silos, cellars and quarry pits. Individual burials were rare in this period. Collective burials were the typical funerary tradition, with multiple members of the community interred inside megalithic monuments or natural cavities. 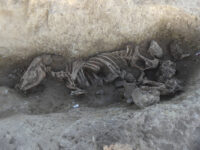 These are only some of the atypical finds made at this site. The complete skeleton of a cow was found at the bottom of a ditch. Its ribs were cut in half to make way for the removal of the lungs and heart. Two of the legs were torn off and the horns were cut off.  Three skulls of other bovines, likely collected after the three animals had decomposed, were buried with the complete cow. There is no comparable or even similar deposit on the French archaeological record.

Also unique are the surviving bases of stone walls documenting for the first time the shape and dimensions of early protohistoric houses in central Languedoc. One section of wall consisting of two rows of blocks is recognizable as the apse of a large building more than 30 feet long and 20 feet wide. The blocks are graduated, with the largest ones on the exterior wall and thinner ones towards the interior of the building. It’s likely the structure’s walls were stone on the bottom but formed of wood and earth in the upper parts.

Another unprecedented find is a cist burial made of megalithic slabs forming rectangular walls and a cover. Inside the massive sarcophagus archaeologists discovered the skeletal remains of two individuals deposited at different times. When the second body was buried, the bones of the first were disturbed and are now in a jumble while the second body remains articulated in its burial position. There are no grave goods in the cist to date the grave. The only clue from context is that it must postdate the Neolithic kiln it was built next to.