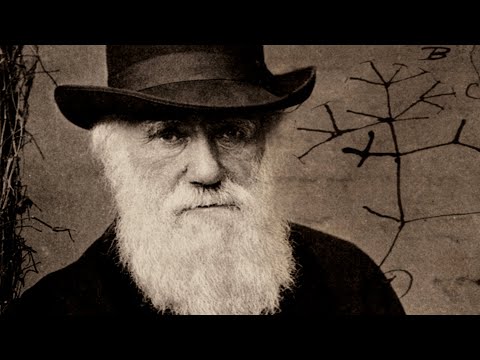 Two of Charles Darwin’s notebooks stolen decades ago from the Cambridge University Library, have been returned anonymously, left on the floor outside the Librarian’s office in a hot pink gift bag. Inside the gift bag was the blue archive box custom-made to contain the notebooks. Both notebooks were inside the box, snugly wrapped together in plastic wrap. Also inside the bag was a brown envelope with the printed note:

The two notebooks have been carefully examined and are in excellent condition, thankfully. There are no missing or damaged pages.

The notebooks were last seen in the fall of 2000 when they were removed from Cambridge’s Special Collections Strong Rooms to be photographed in high-resolution for the library’s digital collection. If they were returned, there’s no record of it and even though a routine check in January of 2001 found the notebooks and the custom blue box that contained them were not back in their previous location. Despite the inestimable historical value of the notebooks, one of which contains the Darwin’s 1837 Tree of Life drawing which has become an iconic image in the history of science, this did not immediately trigger a massive search. The Darwin archives in the Cambridge University Library are enormous, by far the largest collection of Darwiniana in the world, so the staff figured they’d just been misplaced and would be found sooner or later.

Limited searches over the years turned up nothing, and in 2020 the library launched a comprehensive targeted search of the archives and storerooms. That process was expected to take years, but in the interim, the university officially reported the missing patrimony as theft to local and international authorities and launched a public appeal for the recovery of the missing notebooks.

The appeal made the news around the world, and obviously it worked because somebody’s small conscience grew three sizes that day and the notebooks are back where they belong. This time they should stay put, at least if Cambridge University Librarian Dr. Jessica Gardner has anything to say about it:

“The building has transformed significantly since the notebooks were first reported as missing. In the last 20 years this has included completion of new high security strong rooms, new specialist reading rooms and a range of additional security measures.

These include CCTV, card-and-pin access to secure areas, a dedicated Security Team onsite and further root-and-branch reviews of all our security protocols to come – to make sure we minimise any future risk as far as humanly possible.”

Police are continuing to investigate the theft and now the return of the notebooks. The prodigal notebooks will go on public display this summer in Darwin in Conversation, a Cambridge University Library exhibition dedicated to Darwin’s extensive correspondence of 15,000 letters written over a lifetime.