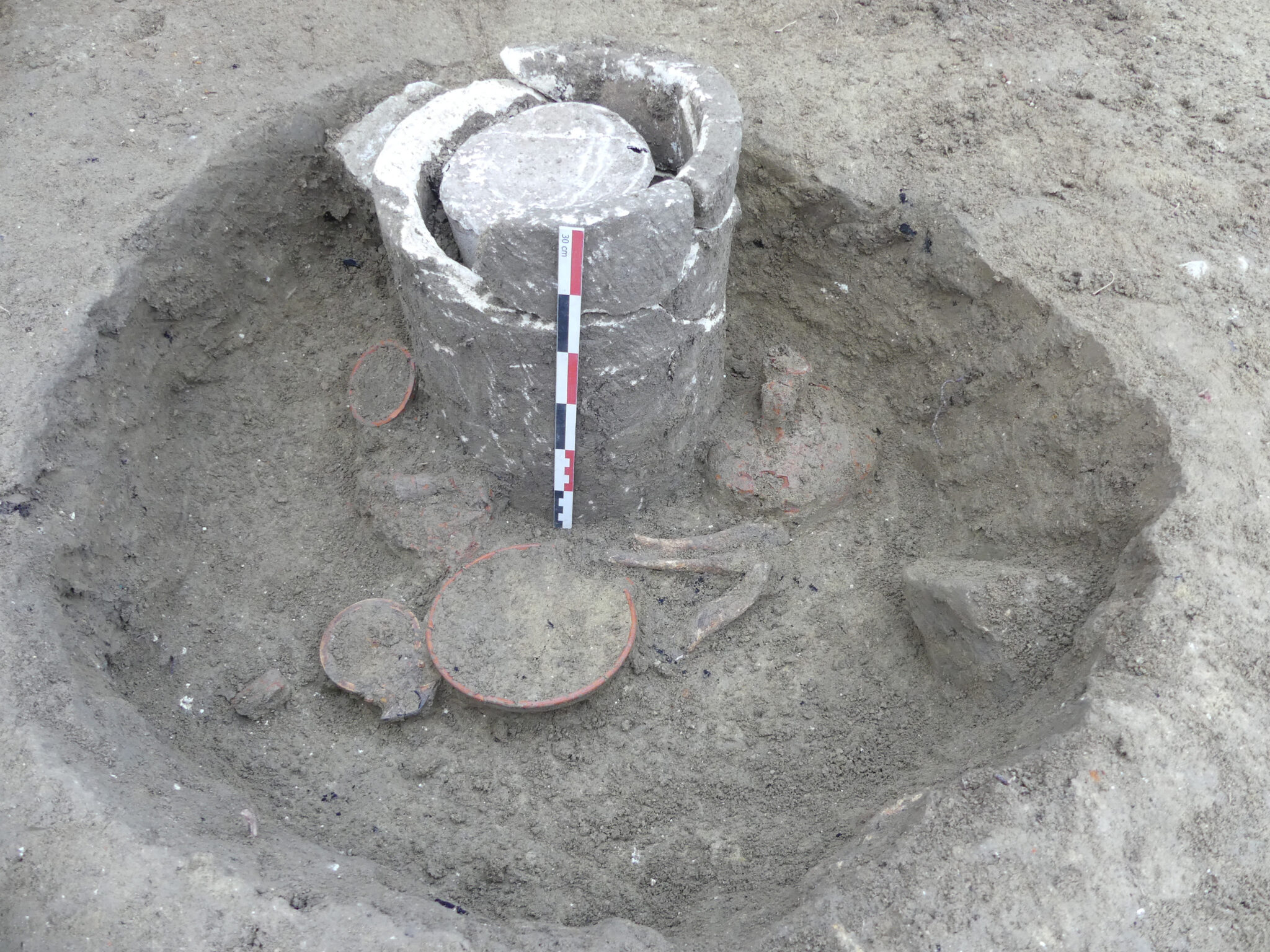 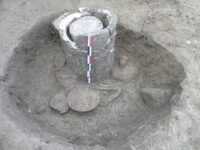 Archaeologists have unearthed two cremation burials from the 1st century A.D. and a 15 tombs from Late Antiquity at the site of planned school construction in Suze-la-Rousse, in southeastern France. One of them is in an unusually fitted urn-inside-a-larger-urn configuration.

The cinerary remains were discovered along the western side of a rural road edged with sandstone blocks and topped with packed gravel. It is 13

feet wide and must have been well-trafficked as there are wheel ruts worn into the surface. The slab edge didn’t just make for a sturdy road; it also protected the burials beneath the road from sedimentation. This left the soil in the burial layers comparatively undisturbed, particularly in the southern part of the burial ground.

The two cremation burials both consist of ossuary urns with secondary ritual deposits. The first was unearthed during the initial survey of the site in 2020. The cinerary remains of a young adult around 19-20 years old were deposited along with a small glass balsamarium in a cylindrical lead urn. The lead urn was then placed in a

larger cylindrical stone urn and topped with a stone lid, now broken. Offerings were deposited around the urn, including ceramics, a plate and cup in terra sigillata, an oil lamp and a food offering of pork. It dates to between 20 and 60 A.D.

The second burial features a glass inside a sandstone slab formwork. It too contains secondary deposits of ceramics, terra sigillata plate and cup, a

glass balsamarium and an oil lamp. Archaeologists believe it dates to the same period as the other cremation burial. The two pyres underneath the burials contained a smattering of charred bone fragments and ceramic deposits in excellent condition.

Just south of this small High Empire funerary site is a burial ground that dates to between the 5th and 8th centuries A.D. Unfortunately this ground was not protected by sandstone pavers, and agricultural work over the centuries has heavily churned up the archaeological layers. Only the very deepest burials and those located in an area that is now wooded were spared destruction, but judging from the density of the surviving burials, the cemetery was large and busy. The tombs that have managed to avoid the plow are of mixed types, including rectangular tile formwork, slate formwork and a combination of stone, tile and wood formwork.