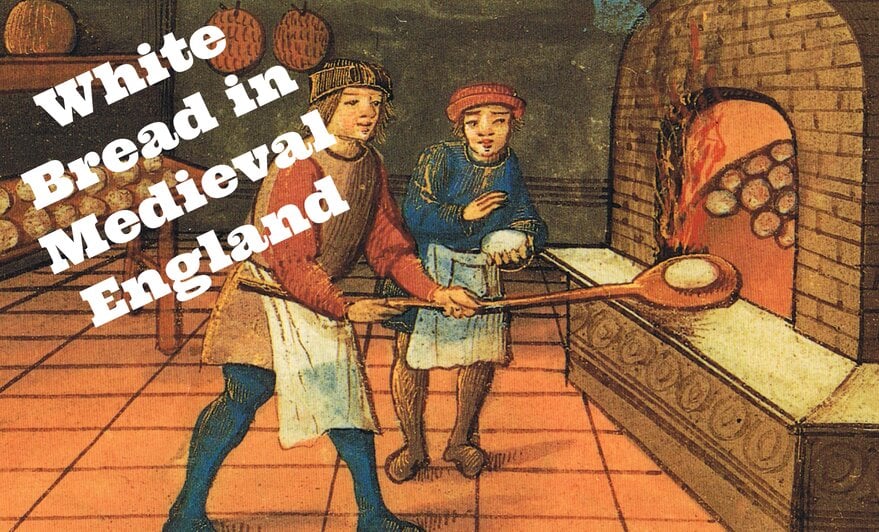 There are many types of bread in the world, but white bread is the most popular. The reason for this goes back to seventh-century England.

A new article by historian Debby Banham traces how the use of white bread came to England as it converted to Christianity beginning in the early 600s. A group of Catholic missionaries led by Augustine of Canterbury found success in converting three kings by the year 604: Æthelberht of Kent, Sæberht of Essex and Rædwald of East Anglia. As they were doing this the missionaries also brought with them wheat, from which you could make white bread.

At this time wheat was used to make bread in the Mediterranean, but this grain had disappeared from England with the end of Roman Britain. There was bread, but it was usually made from other grains like spelt and emmer. However, the Christian missionaries wanted to use wheat in particular when they made the Eucharist, an important sacramental bread.

Banham believes that Augustine and the missionaries made sure that the Eucharist was made of white bread, perhaps even shipping the flour, or even the bread itself, from continental Europe. For the newly Christianized kings of England, this type of bread was unique and seen as better than others. The chronicler Bede records a story where the sons of King Sæberht complained that their Eucharist was not white enough:

And when they saw the bishop, having celebrated the solemnities of the mass in church, give the Eucharist to the people, puffed up with barbarian stupidity, they said to him, as is commonly recounted, “Why do you not offer us too the white bread which you also gave to our father Saba,” for that is what they used to call him, “and which you have not yet stopped giving to the people in the church?”

Another person who might have helped to bring wheat and white bread to England was Bertha, a Frankish princess who married Æthelberht of Kent in the year 580. Banham notes that she “must have brought with her to Æthelberht’s court the Mediterranean tastes already prevalent in the upper echelons of Frankish society.”

The demand for white bread apparently grew in this corner of southeast England despite the fact this type of food was hard to make. As Banham explains, “until bleaching techniques became available in the nineteenth century, white flour could only be made by sieving out the bran, and then bolting out the resulting flour through cloth to remove the remaining coloured particles. The finer the cloth, the finer and white the flour.”

The article notes how the growing of wheat and the use of mills to produce flour became very popular, with the elite of the country preferring to eat white bread. At first, this was limited to southern England, but by the eleventh and twelfth centuries, when the climate was warmer in northern England, wheat was grown there too.

Even by the end of the Middle Ages, Britons of any status above peasant were used to eating wheat bread, and once they became colonialists, they were in a position to demand it, wherever they were in the world. Thus, the British empire was a major vector of bread wheat and wheat bread to its overseas territories. Other colonial powers were equally important in the world at large, but the role of England was pivotal for those territories that became British colonies, including those in North America, whose dietary practices and preferences are so influential across the world today. If St Augustine of Canterbury and his fellow missionaries, or possibly Queen Bertha of Kent and her followers, had not brought Mediterranean eating habits to England in the early Middle Ages, bread wheat might not have achieved the dominant position it occupies today in agriculture and diet across huge areas of the world.