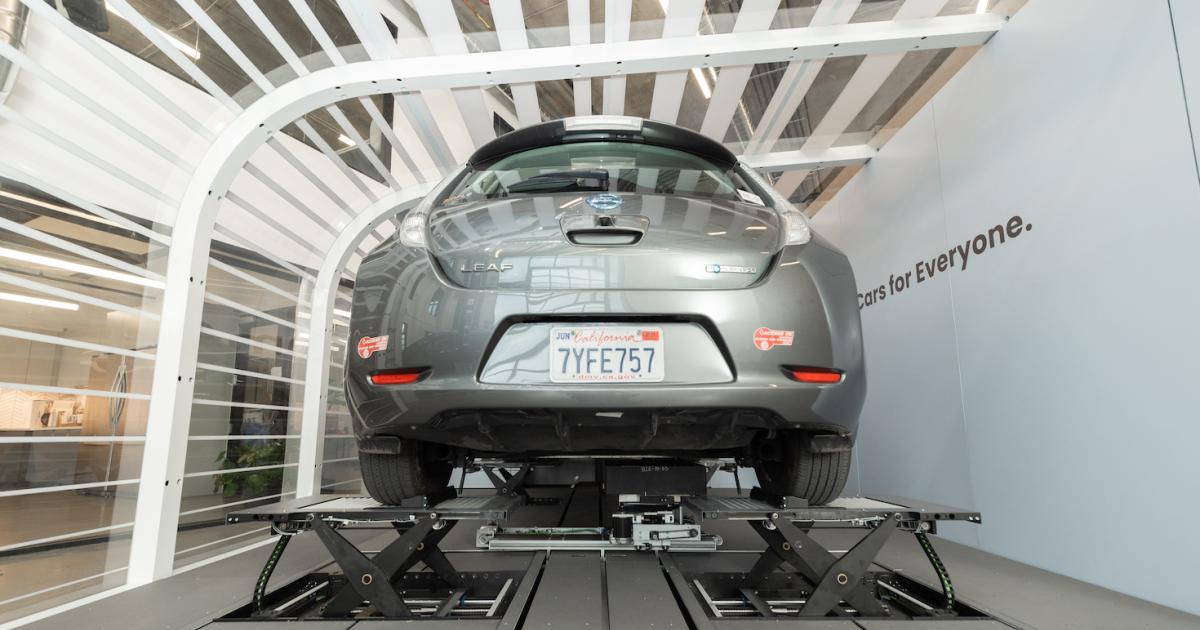 This article was written for Mobility Weekly, our free weekly newsletter. Register for a subscription here.

One of the biggest challenges to electrifying a fleet of vehicles — aside from adjusting to the range and limitations of the vehicles themselves — is building up the expensive charging infrastructure to support it.

But a California startup is making a pitch for a solution that almost negates the need for charging infrastructure entirely: Battery swapping.

“The idea is very, very simple, which is instead of trying to move energy in energy form … you move energy physically,” said Khaled Hassounah, co-founder and CEO of Ample.

Ample burst onto the electrical vehicle scene about nine months ago, after developing its battery-swapping technology in stealth mode for seven years. The company has plans for a rapid expansion: It raised a Series C funding round of $160 million in August and a $50 million investment in November, bringing its total backing so far to $280 million.

Here’s how Ample’s technology works: The company starts off by outfitting a city with a bunch of battery-swapping stations, each the size of two parking spots; the stations don’t require permanent construction, and “can be located at gas stations, grocery stores or the side of the road.” Once the network is in place, participating electric vehicles can pull up and have a robotic arm swap in freshly-charged, “lego-like” modular batteries — all in about 10 minutes.

This idea isn’t totally new. Tesla began showing off a battery-swapping system in 2013, but few Tesla drivers were interested in participating. The company largely abandoned the concept by 2015. Another startup, Better Place, raised almost $1 billion on the promise of five-minute battery swapping, among other things, only to end up in bankruptcy.

Hassounah believes Ample will succeed in this space where others have failed thanks to the modularity of its car batteries. Breaking the batteries into smaller chunks not only allows them to fit a wider range of vehicles, but also makes the batteries much lighter and easier to swap, he said.

The company also isn’t targeting individual drivers, at least not yet. It’s positioning itself as a solution mostly for fleet and commercial applications. In fact, Ample’s first installation this year in the San Francisco Bay Area involves a fleet of Uber drivers, which Hassounah described as the “most challenging use case” that could prove the technology for other types of fleets. Ample has also partnered with Sally, an electric vehicle rental company, to expand the concept to New York City, Los Angeles and Chicago.

The appeal of battery swapping, Hassounah said, is twofold: Fleet managers could avoid the sometimes cost-prohibitive need to build lots of charging stations, and their vehicles could recharge in a matter of minutes, not hours, much as they would at a gas station.

“Once you make [electricity] work like gas, you can get a lot of very large fleets able to make the transition more seamlessly,” Hassounah said.

While building enough chargers for a fleet usually costs in the millions, tapping into Ample’s network of battery-swapping stations costs $0 upfront. The company covers the expense of building the stations and then charges users a per-mile cost for the energy delivered, which Hassounah said ends up being about 20 percent less expensive than gas.

Part of the reason Ample can build its stations quickly and cheaply is because they usually don’t require electrical infrastructure upgrades. The stations simply plug into the grid and charge the batteries gradually when energy is cheapest and most abundant. Hassounah said that it takes Ample about six weeks to outfit a new city or depot with a network of swapping stations.

Although battery-swapping has its advantages over charging for some applications, Hassounah doesn’t see charging as Ample’s competition. He said charging still makes sense in a lot of situations, especially for drivers who can easily plug in for eight hours or more at home every night.

Ample, Hassounah said, is actually competing against gas — and aims to make its service a cheaper, faster and all-around better option.

He’s also not pretending that battery-swapping will be the end-all, be-all in the transition to electric vehicle fleets.

“We need to keep an open mind about finding proper solutions that do work,” Hassounah said.