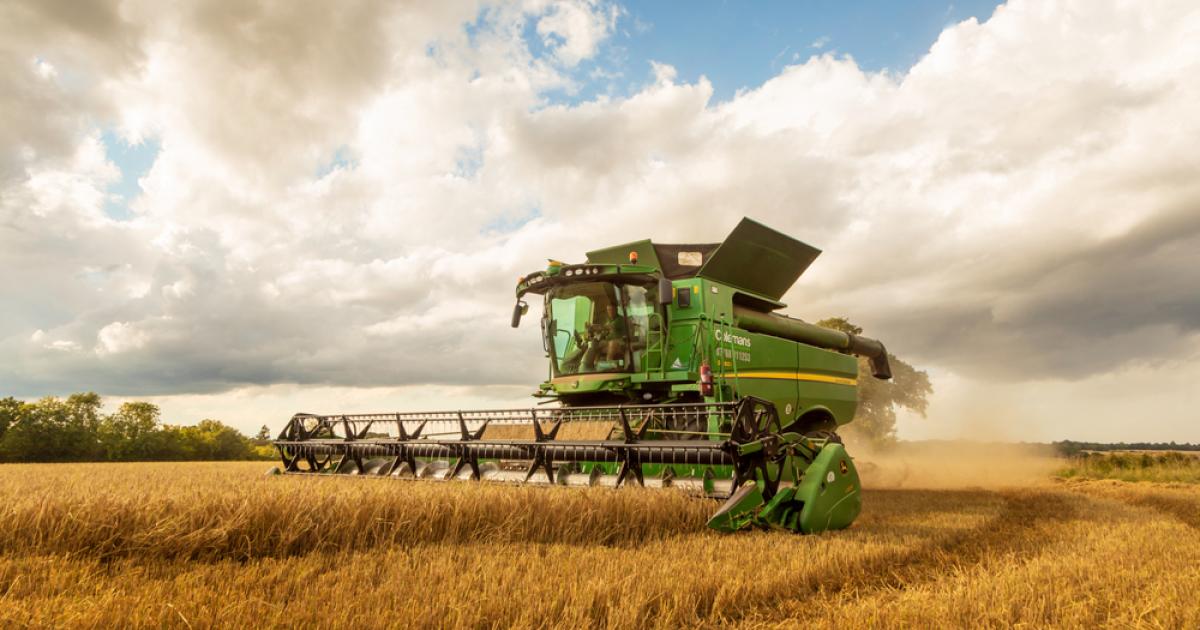 According to a landmark new study, 252 million acres of land — an area the size of Egypt — have been converted to crops since the start of the 21st century. To put this into perspective, while it took more than 8,000 years for humanity to convert 2.8 billion acres of nature into cropland by 2000, it took a mere 20 more years to expand this area by 10 percent.

These findings come from the first high-resolution maps of global cropland extent and change during the 21st century, recently published in Nature Food by researchers from the University of Maryland and available via the Land & Carbon Lab. The researchers defined “cropland” as land used for annual and perennial herbaceous crops for human consumption, animal feed, forage (including hay) and biofuel. The definition excludes pastures and rangelands, shifting cultivation and tree crops such as fruit orchards, coffee, cocoa, oil palm and rubber.

These satellite-based findings are troubling news for climate and biodiversity, because much of the expansion comes at the expense of forests and other natural ecosystems. Of course, food crops are critical for feeding a growing global population. But to keep global warming below 1.5 degrees Celsius and curtail the sixth great species extinction, increases in food production needs to be decoupled from ecosystem conversion.

Here are five important takeaways from these new maps:

1. Most cropland expansion occurred in Africa and South America

These expansion rates are driven by complex dynamics, including local food needs and global demand for commodities grown in Africa and South America. While net cropland area in North America and Europe remained relatively stable overall, the data reveals significant regional differences, with recultivation of abandoned croplands in the Baltics and extensive declines in cropland area in Russia.

The rate of global cropland expansion is close to the rate projected by the World Resources Report: Creating a Sustainable Food Future, which is higher than most other estimates. Due to its improved methods, the new satellite-based estimate of cropland area expansion is much higher than the expansion of arable land estimates reported by countries to the U.N. Food and Agriculture Organization (FAO) for the same time period. The lower estimates have led some studies to lower their estimates of greenhouse gas emissions from land-use change. However, this new study would suggest that cropland expansion produces more emissions than currently assumed.

3. Gross cropland area expansion is twice as much as net expansion

The new study finds gross expansion of cropland during the first two decades of this century to be a staggering 539 million acres — an area the size of Greenland. Gross expansion provides a fuller indication of the overall impact of crops on climate and biodiversity than does net expansion. In effect, for each hectare of new cropland, two hectares of land were converted. Moreover, only 16 percent of cropland that transitioned to some other use during the time period reverted to native vegetation. A reverted hectare typically stores less carbon and supports less biodiversity than an unconverted natural hectare because restoration takes a lot of time.

Nearly half of the gross cropland expansion area in the 21st century directly replaced natural ecosystems (forests, natural grasslands). In Africa, 79 percent of the gross cropland gain occurred at the expense of natural vegetation, as well as 61 percent in Southeast Asia and 39 percent in South America. The other half of the world’s gross cropland expansion replaced pastures, drylands and previously abandoned arable land. This pattern was dominant in Australia, Europe, North America and parts of South America, where vast agricultural expansion took place before the study period.

The new study focuses on cropland expansion and did not cover livestock pastures or the direct conversion of forests and other natural vegetation to tree crops, such as oil palm, rubber and cocoa. Other studies have shown that pasture expansion replaced far more forest than tree crops and soy during roughly the same time period. This indicates that the 102 Mha of net cropland expansion is an underestimate of the destruction of natural lands for food production.

A strategy for addressing the global land squeeze

This new geospatial data adds to a growing body of evidence that the world faces intense competition for land — a true “land squeeze.” How then does humanity meet the agricultural needs of a growing population more equitably while at the same time meeting global ambitions on climate and biodiversity?

There are four basic strategies to do so — and they should be pursued simultaneously:

Monitoring is an important input to all four strategies. Thanks to support from the Bezos Earth Fund, WRI’s Land & Carbon Lab and the University of Maryland will regularly update the unprecedented 98-foot resolution maps of cropland extent and change for the entire world, bringing local and global cropland dynamics into clear view. Such transparency is an essential step in ensuring humanity can feed itself without destroying nature in the process.