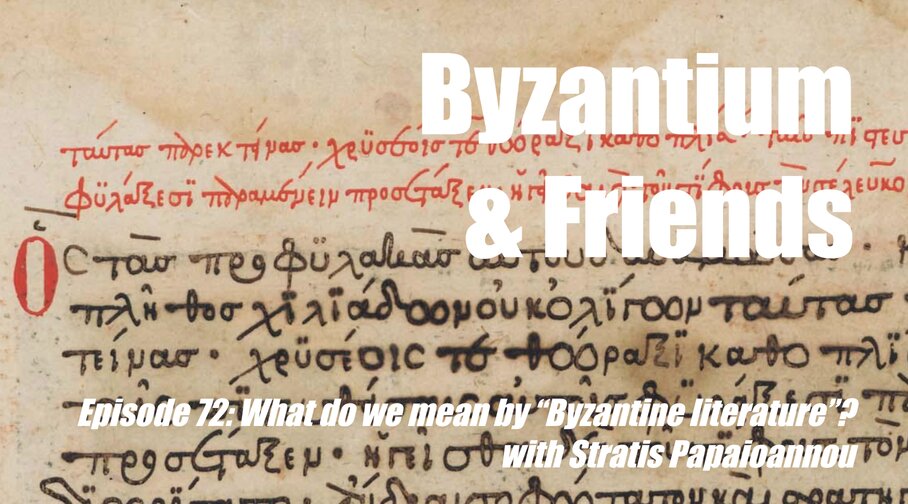 A conversation with Stratis Papaioannou about the mismatch between modern ideas of literature (on the one hand) and the texts, conventions, and goals of Byzantine authors (on the other). In what sense are those texts “literature”? Should they be compared to classical texts, modern literature, neither, or both? We talk also about how much of it has survived, and how much might have been lost.

Stratis Papaioannou is a Professor at the University of Crete, where he focuses on Byzantine literature. Click here to visit his university webpage. The conversation was prompted by the release of Stratis’ edited volume, The Oxford Handbook of Byzantine Literature (Oxford University Press, 2021).

Byzantium & Friends is hosted by Anthony Kaldellis, Professor and Chair of the Department of Classics at The Ohio State University. You can follow him on his personal website.

You can listen to more episodes of Byzantium & Friends through Podbean,  Spotify or Apple Podcasts