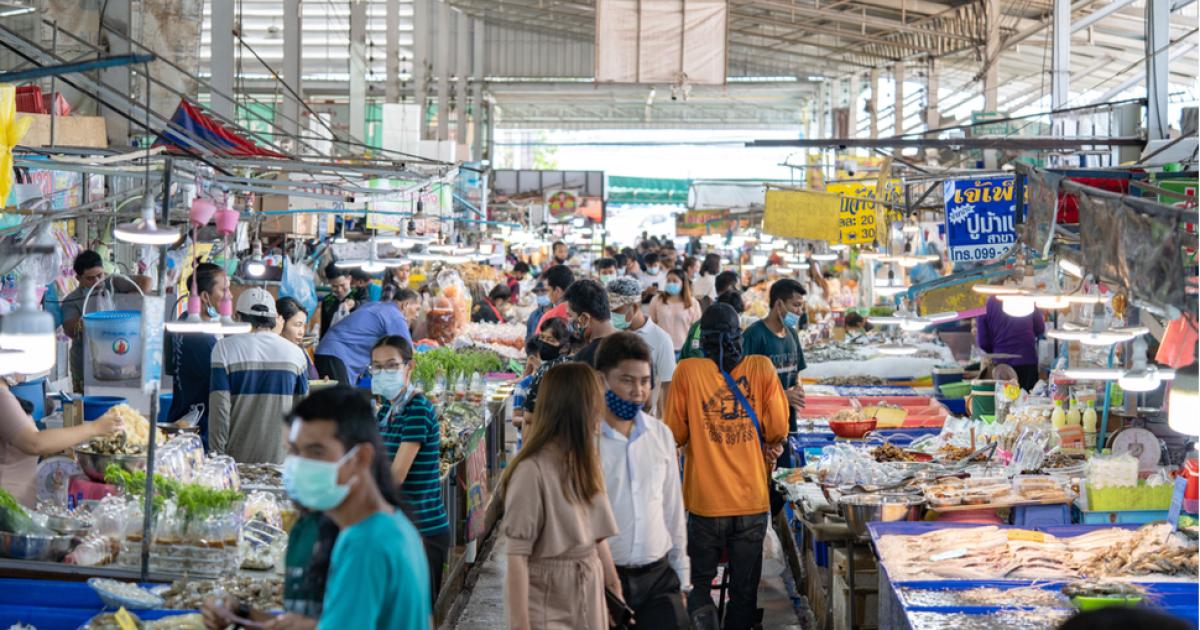 This article was originally published on Ensia.

For many of us, March 2020 marked a pivot point in our lives, when the World Health Organization declared COVID-19 a global pandemic. Since then, we have heard the term “wet market” thrown around in science and in the news, as a wet market in Wuhan, China is the site of the first cluster of cases of COVID-19.

In the wake of the pandemic’s emergence, some public health officials, lawmakers, celebrities and average citizens called for a blanket closure of wet markets. However, a recent study published by researchers at Princeton University suggests that an across-the-board ban on wet markets would do more harm than good. Many people depend on wet markets, which often resemble the farmers markets of Europe and the U.S., for essential goods and services. Banning them altogether, the study contends, would spark pushback from vendors and customers and likely push wildlife trade further underground.

Another problem is that not all wet markets are the same: “Wet markets are often incorrectly conflated with live-animal or wildlife markets,” the researchers write. In fact, vendors at many wet markets simply sell fresh fruits, vegetables, fish and meat, with meat only from dead, domesticated animals. The study notes that imprecise language — statements conflating one type of traditional, innocuous market, commonly found in countries such as China, with different kinds of markets — can inflame xenophobia against people from east and southeast Asia, regions where wet markets are the main, or only, source of food for many people.

As an alternative to sweeping generalizations and complete closures, the researchers offer what they call a “taxonomy of wet markets,” classifying risk based on whether the markets feature live or dead animals, and whether the animals sold were domesticated or wild. More targeted approaches to regulation, they conclude, might be a more viable way to safeguard human health.

One way that some markets might pose a threat to human health is by potentially fostering emerging infectious diseases (EIDs). “In general, the building blocks of an EID event (the emergence of a novel infectious disease in humans) consist of interspecific zoonotic transmission, viral amplification, and viral modification,” the researchers write.

The study identified key risk factors for diseases making the jump from animals to humans at markets: the presence of high disease-risk taxa and live animals, hygiene conditions, market size, the density of animals, interspecies mixing and the length and breadth of animal supply chains.

Potential dangers aren’t limited only to human health, either, as some markets also pose risks to biodiversity. Currently, the study notes, wet markets only assess biodiversity risks based on the types of animals being sold, rather than the condition in which the animals are sold. Certain markets have become a conduit for the sale of threatened or declining wildlife species, an illegal practice, and those markets, the researchers write, pose the highest threat to biodiversity.

Based on these classifications, the researchers suggest that policymakers should prioritize regulating markets that pose the most risk — those in the fourth category, selling live, wild animals — to allow for the least amount of disruption in communities that depend on wet markets for food. “Most wet markets probably pose comparatively little risk to human health or biodiversity, but a few pose a disproportionately large risk,” the researchers write. Targeting such harmful wet markets, they contend, could help mitigate the threat of future pandemics and reduce risks to biodiversity.