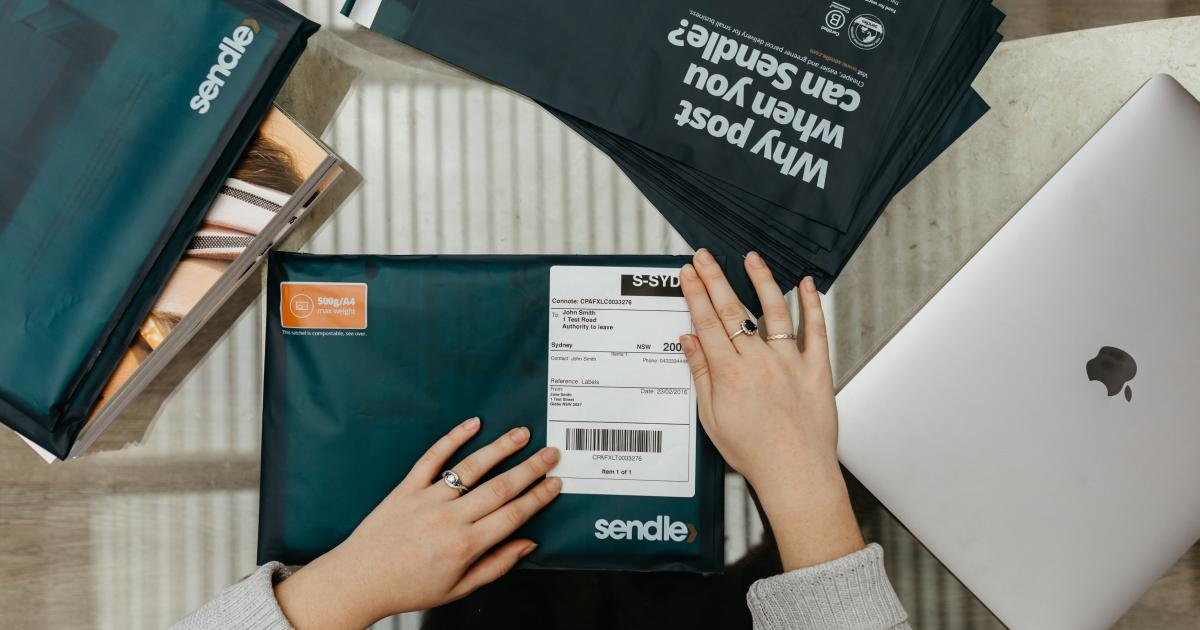 Throwing items into the trash is almost a reflex, but few of us ever stop to think about how long it will take our garbage to break down until there is no trace left. A plastic bag, which might be used for just a few minutes, can take up to 1,000 years to decompose in a landfill. When you consider how many plastic bags and other packaging we dispose of during our lifetimes, it’s a staggering amount and a confronting problem.

It’s fair to say, we’ve adopted a ‘take-make-waste’ consumption model where products are created from finite resources and then tossed out once we’re bored or finished with them. And with the proliferation of online shopping and cheap goods that aren’t built to last, we’re more likely than ever to “shop and drop” without a thought.

But the increasing consumer focus on sustainability has created a shift in many people’s consumption habits. More of us are cottoning on to the fact that sustainability is key to our survival. As more consumers buy better and prolong the life of their things, the circular economy presents a way of turning our waste into opportunity.

Unlike ‘the economy’ which is linear and extractive, the circular economy is built to be regenerative and free of waste. Raw materials enter a cycle where their value is maintained throughout the life of the product. When we’re done with something, it loops back up the chain to be reused in some fashion, avoiding the landfill by whatever means necessary. In our throw-away culture, it’s easy to forget that so many things can be dismantled into distinct parts for upcycling, recycling or composting.

It’s often overlooked, but post and parcel play a vital role in keeping the circular economy moving. In this article, we look at how delivery networks are facilitating the shift to a circular economy.

There are three key principles within the circular economy:

Waste in the circular economy is viewed very differently from waste in the linear economy — it becomes a resource instead of topping for landfills. There are two cycles — the organic and the technical. In the first, organic materials are run through the system as much as possible before eventually decomposing into the earth. In the technical cycle, materials that can’t break down naturally are continuously cycled for as long as they retain their value.

Through different renewal methods (reuse, repair, remanufacture, refurbishment and recycling), this technical waste becomes either something new again or part of something new. It could be a Bureo skateboard made out of old fishing nets or a Pela phone case that decomposes at the end of its useful life. The intention is to ensure they remain useful for as long as possible. We need more industries to be inspired by Bureo, Pela and the well-known U.S. company TerraCycle’s successes in the circular economy. They focus on using renewable energy and resources, rather than burning through limited raw resources.

Moving to an entirely renewable-based system means phasing out non-biodegradable raw materials. This will lead to another chain effect where less non-biodegradable waste in the environment enables natural systems to recover and regenerate resources.

Businesses of all sizes can jumpstart this recovery phase.

Beyond selling stuff in the circular economy they can participate in this regenerative environment by offsetting their carbon footprint. For instance, as a 100-percent carbon neutral delivery service and as a certified B Corp, Sendle invests in environmental initiatives to offset its carbon emissions from shipping. The company calculates the carbon (CO2) emissions generated by every package shipped in the previous year and then purchases carbon offsets from partner South Pole, a global firm and fellow B Corp that develops and implements emission reduction projects and strategies.

For small ecommerce businesses with minimal time and resources, shipping with a carbon-neutral service like Sendle enables them to participate in the circular economy by contributing to the offsetting projects. In a recent U.S. customer survey by Sendle, 86 percent of small businesses said carbon neutral shipping is important to them.

Shipping, the lifeblood of the circular economy

Shipping is playing a critical role in facilitating the shift to a circular economy. “One of the central tenets of the circular economy is that unless you move something, it is not valuable. Once you move it is when you can use it and it becomes viable again,” said Sendle CEO and Co-founder James Chin Moody at a United Nations Universal Postal Union event in December 2021.

To become the true lifeblood of the circular economy, delivery networks must work towards zero-carbon operations through offsetting measures, greener shipping methods and environmentally friendly packaging. While adoption is slow, delivery networks are making the switch from harmful fossil fuels and plastics to green alternatives such as electric vehicles and compostable packaging.

Electric vehicles are more important than ever, as the ecommerce boom fueled by COVID-19 significantly increased parcel volumes, creating a year-round peak season. More delivery trucks on the road mean more carbon emissions. With enough industry adoption of EVs, we could be part of a future with zero-emissions delivery.

In an Australian first, Sendle partnered with Bonds Couriers in 2020 to roll out a solar-fueled EV fleet for small business deliveries. Each truck is powered on-site by over 300 solar panels at the Bonds depot in Sydney and can work a full 10-hour day. This saves over 7 ounces of carbon dioxide per kilometer, which on a typical 136-mile journey day saves about 1552 ounces of CO2 with no fossil fuels consumed and zero emissions.

With a commitment to bring Sendle to net-zero by 2030, Moody says shippers should start by measuring their impact, then understand and implement strategies to reduce their carbon emissions. He adds that while some carbon reduction initiatives require financial investment, other efficiency gains can cut costs: “You can actually save money, and some of those options for saving are in the circular economy.”

For successful examples of the circular economy in action, look no further than the rapid growth in second-hand online marketplaces. Poshmark, Kidizen, eBay and Etsy have created an accessible entry point for small businesses and individuals alike. Sellers can market used products, whose lifespans are extended. Marketplaces with localized channels like Facebook Marketplace and Mercari Local take second-hand sustainability even further by connecting sellers to trade in their local community, rather than sending the product out and adding to the global logistics and supply chain.

While shipping produces a significant carbon footprint, companies like Sendle are working to make delivery via second-hand marketplaces sustainable. The environmental benefits of giving second-hand goods another life can be undermined if those goods are shipped in an unsustainable way.

For example, in 2021, Sendle partnered with Kidizen, the gently worn children’s clothing marketplace, to help more than 700,000 Kidizen sellers streamline their shipping operations, and ship sustainably. With the integration, Sendle brings them 100-percent carbon neutral shipping, offsetting the emissions from every package shipped, and investing in forest regeneration and biodiversity projects in Australia, Canada and South Carolina in the United States.

“With Sendle, we have a national shipping partner to help our sellers manage their delivery in a seamless, yet highly affordable and eco-friendly way,” Kidizen’s CEO and co-founder, Dori Graff said. “That perfectly aligns with the values shared by the Kidizen community.”

The future of the circular economy looks bright, as a recent study by Accenture found. By 2030, circular business models could bring  $4.5 trillion in economic opportunity by “reducing waste, stimulating innovation, and creating employment.”

Shipping and logistics will continue to play a major role as we try to keep non-biodegradable materials out of landfills and create more sustainable products and materials. Investing in and using greener delivery stands to drastically reduce the environmental impact of traditional shipping and enable greener transactions in the booming ecommerce space.