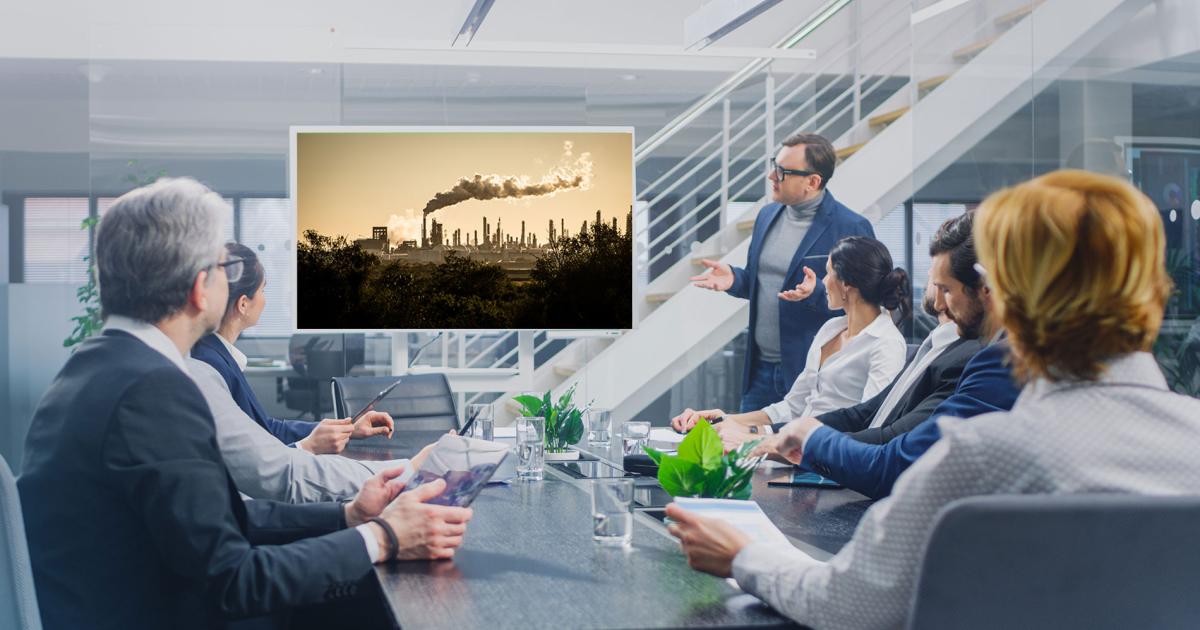 The following is excerpted from “Stewards of the Future: A Guide for Competent Boards,” by Helle Bank Jorgensen, published this month by Barlow Publishing.

Heat waves, earthquakes, floods, droughts and disastrous sea levels are already occurring with disturbing frequency. These extreme weather events have become a major risk for business — and a mounting cause for concern among investors and other stakeholders of what lies ahead.

According to the United Nations Intergovernmental Panel on Climate Change’s August report, these events will only get worse — much worse — altering the global economy, disrupting business operations and supply chains and driving people from their homes. A competent board would be foolish to not be weighing the many potential impacts of climate change: how it will affect procurement, production and distribution, and how it will influence the actions of investors, business partners and customers.

For corporate boards, the focus is shifting from how a company’s activities impact climate to how climate will potentially impact the company’s own financial performance. The impetus comes from multiple sources but, perhaps most important, from the financial sector.

For corporate boards, the focus is shifting from how a company’s activities impact climate to how climate will potentially impact the company’s own financial performance.

Andrew Steer, president and CEO of the Bezos Earth Fund, estimates that a quarter of financial institutions weigh environmental, social and governance issues in their decision-making. The blue-ribbon Task Force on Climate-related Financial Disclosures, set up by the Financial Stability Board in 2015 and spearheaded by former Bank of England governor Mark Carney and former New York mayor Michael Bloomberg, has become an influential voice for promoting more informed investment, credit and underwriting decisions, enabling a wide range of stakeholders to better understand the financial system’s exposure to climate-related risks.

In addition, companies can no longer ignore the growing involvement of regulators, especially in Europe, whether in the form of putting a price on carbon, setting progressively tighter standards for greenhouse gas emissions, or imposing tariffs on imported goods based on their carbon footprint.

Curtis Ravenel, a senior adviser to Carney, the COP26 climate conference and the TCFD Secretariat, sums up the pressures this way:

Different actors — private, non-state, cities, states, companies and various other players — are now in this “race to zero” where all these bodies are trying to commit to net-zero by 2050. They’ve created a number of vehicles under which the commitment can be validated, like new reports. The goal, at least in part, is to create headroom, show ambition from the private sector, fortify the policymakers’ ambition and so forth. And you hopefully have continual development.

If you’re a board member, I expect you’re going to get a lot of pressure from a number of different entities to make net-zero commitments. My advice is to make credible ones that include transition plans and are based on science. The “race to zero” campaign will be a mad rush between now and COP to get as many people on this train as possible. And it will go on through 2050 as a permanent initiative within that COP process. What you’ll see is a hardening of those net-zero expectations over the next several years. In some cases, we’ll see jurisdictions not only make pledges to cut emissions like the U.S. has but also actually legislate to cut emissions, as we’ve seen with the EU.

Some sectors are adjusting faster than others. Solar and wind power are rapidly being integrated into electricity grids around the world. Battery technology is advancing so quickly that electric vehicles will soon be cheaper to produce than many gas-powered cars and trucks, not to mention having the advantage of lower maintenance, fuel and insurance costs.

While we can celebrate those improvements, companies and societies need to learn how to deal with the production of the new energy sources, as well as the cars and other products that will be scrapped as we transition to a net-zero economy. Boards need to ask management how business plans fit into a circular or regenerative economy, where the goal is to recycle and reuse without causing environmental and social harm.

Some sectors, such as steel, cement, shipping and aviation, are on the verge of discovering the technical solutions that will wean them off fossil fuels. The fact that they are working hard on reaching net-zero carbon emissions suggests that big changes lie ahead.

“For a lot of companies, the changes in the coming years are going to be so large that some will have to rethink their whole business model,” says Peter Damgaard Jensen, who chairs the 330-member Institutional Investors Group on Climate Change. “A board needs to have the capacity and capability to discuss this and a strategy on how they would react to these changes.”

Financial Times chief economics commentator Martin Wolf, among many others, sees the climate revolution as a “stupendous opportunity.” Wolf explains:

We have demands for social change and inclusion. These will create vast new opportunities. We also have a younger generation, younger than my children, who have different attitudes and values. The businesses that understand those new values and meet those new demands are going to have immense opportunities, while businesses that fail to do so will perish. Periods of difficulty and turmoil in the economy and society have often generated extraordinary social changes and business opportunities. This will be no exception.

Corporate boards are accountable for the company’s long-term resilience and this includes adapting to the vast shift in the business landscape resulting from climate change. For boards, the climate crisis presents both threats and opportunities.

Climate change will transform many, if not all, businesses — some for better, some for worse — and boards urgently need to consider how their companies will be affected. The impact is likely to be felt on many fronts, among them:

“We are not talking about a silver bullet, but about silver buckshot,” says Jules Kortenhorst, chief executive of RMI. “We have to do everything.”