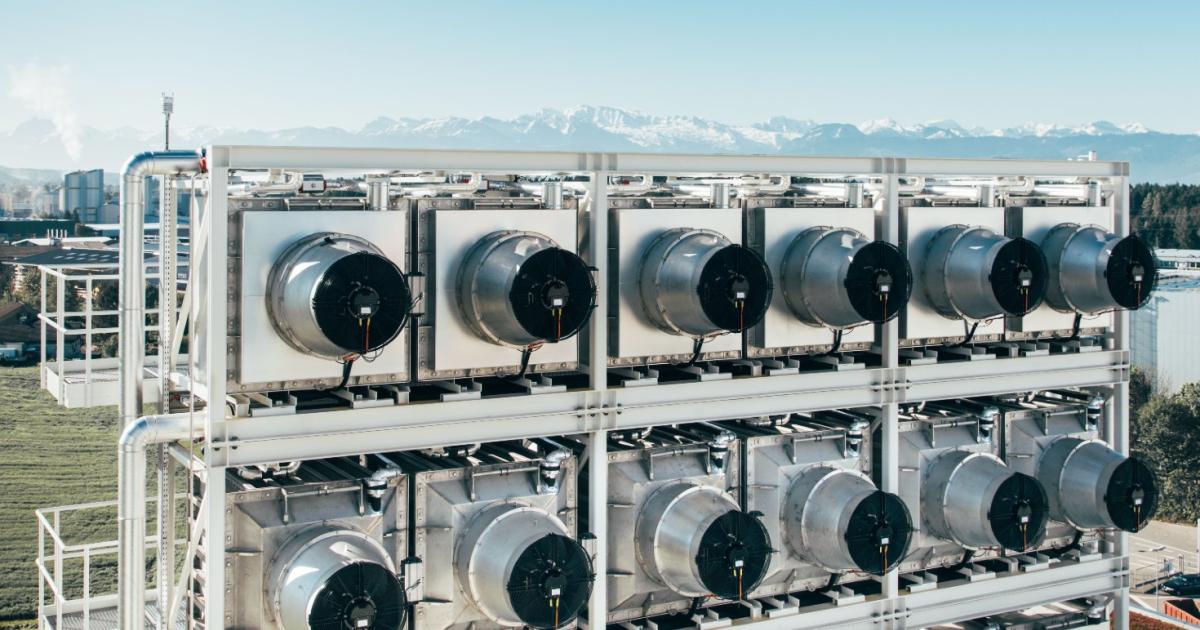 This article was originally published on WRI and is reprinted with permission.

WRI predicted that 2020 would be the year carbon removal took off in the United States, and indeed, the past few years have seen significant increases in federal spending — from almost nothing before 2020 to more than $80 million in research, development and demonstration (RD&D) in FY2021, along with rising corporate investment and the launch of a number of new carbon removal companies. But the coming years are set to far surpass any previous year’s investment from both public and private sectors, and accelerated implementation of carbon dioxide removal projects is likely to follow.

Due in part to the slow pace of emissions reductions over the past decade, there is general scientific consensus that to stay below 1.5 degrees Celsius of global warming, the world will need to increase our ability to remove carbon dioxide from the atmosphere through both nature-based and technological means in addition to steeply reducing emissions.

The amount of carbon that will need to be removed depends on the degree to which robust decarbonization efforts throughout the global economy cut emissions and phase out fossil fuels.

The possibility of large-scale carbon removal has raised concerns and questions for some. Some climate advocates worry it could divert necessary attention and investment from greenhouse gas mitigation, and that it could enable continued fossil fuel use, while others question the impact projects could have on local communities.

In response, a growing number of scientists, governments and businesses are recognizing the urgent need to responsibly and equitably increase effective carbon removal alongside emissions reductions to keep all viable climate strategies on the table.

The key to deploying CO2 removal responsibly will be procedural and policy guardrails that ensure carbon removal has maximum benefit for the climate with minimal negative environmental and social impact.

Additionally, principles of equity should guide all levels of implementation and CO2 removal policy must ensure that carbon removal efforts are supplemental and complementary to economy-wide decarbonization — not a replacement.

The Long-Term Strategy of the United States lays out an ambitious path to net-zero greenhouse gas emissions by 2050, which includes removing 1 million-1.8 billion metric tons of carbon dioxide equivalent (CO2e) per year by 2050 through a combination of technological and nature-based carbon removal approaches. This is equivalent to removing the emissions of 220 million-400 million passenger vehicles per year.

The U.S. has a particularly large role to play in leading global development of carbon removal approaches and technologies. Given its outsized contribution to the CO2 that is already in the atmosphere (known as its “legacy emissions”) carbon removal will be needed not only to counter-balance residual emissions — or those that can’t be reduced or eliminated by mid-century, for example from long-haul shipping or aviation — but also to address these legacy emissions.

As the U.S. has emitted more carbon dioxide to date than any other country in the world, the country’s investment in scaling carbon removal could help contribute to greater equity in global climate action.

The U.S. Long-Term Strategy draws upon several types of carbon removal approaches, as WRI recommended in its CarbonShot analysis. These include engineered carbon dioxide removal such as direct air capture and carbon mineralization on land or in the ocean, and carbon removal that enhances natural carbon sinks in forests, soils and coastal ecosystems.

In the near-term, restoring trees to the landscape represents the largest opportunity for carbon removal in the U.S.; however, natural carbon removal alone will likely not be sufficient to reach net-zero by 2050, or to address legacy emissions.

Because there is a need to increase carbon removal to a large scale quickly, and because many carbon removal technologies are still in development, investment is needed across pathways to reduce risk of any individual pathway falling short. Development and deployment of all pathways must also prioritize equity in addition to technological and economic considerations.

Research, demonstration, planning and public engagement in the coming years will lay the groundwork for an effective and equitable scaling of carbon removal over the next decade. Here are five carbon removal initiatives to watch:

What is it? In 2021 the U.S. Department of Energy (DOE) launched an initiative to lay the foundation for scaling both technological and land sector carbon removal to one gigaton per year. This initiative also aims to decrease removal and storage costs across technologies to under $100 per metric ton of CO2 within the next decade.

Currently, carbon removal via direct air capture (DAC), a leading technological approach, costs between $600 and $2,000 per ton of CO2 depending on the company, but costs are expected to decline as DAC is developed and deployed. Tree restoration can, however, already offer carbon removal at less than $100 per ton.

Among the removal pathways Carbon Negative Shot would support is emerald hydrogen, which uses sustainable or waste biomass to produce hydrogen and captures the carbon contained in the biomass — WRI’s recently released analysis estimates that this pathway could provide up to 500 million tons yearly of carbon removal by 2050. Funding for hydrogen hubs in the 2021 Infrastructure Investment and Jobs Act (IIJA) and funding for DOE’s Hydrogen Shot could contribute to developing emerald hydrogen.

Carbon Negative Shot will include research on the feasibility of carbon removal through emerald hydrogen, as well as environmental impacts of various other CO2 removal approaches, including production of components and CO2 transportation and storage.

What will implementation look like? Carbon Negative Shot will prioritize equity and environmental integrity in carbon removal by drawing upon public engagement with diverse stakeholders and analyzing potential social environmental impacts to identify sites for carbon removal demonstration projects. The Carbon Negative Shot initiative is also intended to create well-paying jobs for communities across the country.

What is it? Direct air capture (DAC) is carbon removal technology that uses chemicals to selectively bind with CO2, pulling it out of the air. Captured CO2 can then be injected into underground storage sites or used in products such as cement or carbon fiber.

The 2021 Infrastructure Investment and Jobs Act (IIJA) includes $3.5 billion for four DAC hubs, projects that will each capture at least 1 million metric tons of CO2 per year when complete (equivalent to annual emissions from over 200,000 passenger vehicles per hub) and will serve as learning opportunities for future DAC development.

While carbon dioxide removal by DAC in the next decade will be relatively small compared to carbon removal from reforestation and restoration of ecosystems, DAC hubs will help lay the groundwork for gigaton-scale DAC by 2050.

What will implementation look like? The US Department of Energy Office of Carbon Management and Fossil Energy (FECM) is charged with the implementation of these DAC hubs: They must solicit applications for project proposals by May and select projects within three years after that. In December, FECM released a request for information to formally gather public input on location and best practices for building these hubs.

DAC plants have the advantage of being relatively flexible in their siting, unlikely to emit chemicals with public health concerns during operation and are expected to produce new employment opportunities. DAC, however, is also energy-intensive, and uses sizeable amounts of land, water and chemicals.

Public engagement and education are essential to ensure that communities affected by DAC hubs understand the potential impacts of DAC plants and have had the opportunity to negotiate community benefits. Robust environmental assessment will also be needed to ensure that the configurations of DAC plants and energy resources minimize environmental impact.

What is it? In order to meet its climate goals, the U.S. needs to restore trees at a grand scale. The IIJA includes over $2.5 billion for post-fire forest restoration, reforesting abandoned mine lands and updating the National Seed Strategy to ensure that there are sufficient seedlings for reforestation and restoration projects.

The bill also removes the current cap on the Reforestation Trust Fund, unlocking $264 million per year for reforestation on National Forest Land. These reforestation efforts could remove 103 million metric tons CO2e per year by 2030.

What will implementation look like? Reforestation at scale will require a step-change increase in seed collection and production of seedlings, as well as developing a workforce to prepare sites, plant and steward young trees. Scaling the reforestation workforce equitably means that all workers — including workers employed by federal workforce development programs and guest workers with H-2B visas — must earn living wages and work in safe conditions.

What is it? The U.S. Department of Agriculture has initiated several efforts to support farmers, ranchers and forest owners in increasing carbon sequestration and climate resiliency on their lands. This includes $10 million in funding for improved soil carbon monitoring and research through the Conservation Reserve Program (CRP); $10 million in additional funding for a climate-smart agriculture and forestry pilot through the Environmental Quality Incentives Program (EQIP). Secretary Tom Vilsack also recently announced USDA’s plan to channel $1 billion through the Commodity Credit Corporation to provide grants for the development of pilot projects for the new Partnerships for Climate Smart Commodities program.

These three initiatives will help to quantify the carbon impact of farm and forest management practices, incentivize farmers and forest owners to adopt climate-friendly practices and take the first steps toward building markets for climate-smart commodities.

What will implementation look like? Increasing adoption of climate-smart practices will require increased technical assistance from state and federal agencies, as well as land grant universities and other partners and financial support for landowners and land managers. Quantifying the impact of these practices will also entail increased soil carbon research, as well as research assessing the carbon impacts of climate-friendly land and forest management.

​​​​​​5. Carbon dioxide transport, use and storage

What is it? Scaling CDR will require building more infrastructure to transport CO2, research and piloting to ensure that CO2 storage is safe and permanent, and developing markets for carbon dioxide use. The IIJA includes, over five years, $2.1 billion for low-interest loans for shared CO2 transport infrastructure, $2.5 billion for geological storage, or permanent storage of captured CO2 in natural wells or aquifers deep underground, and $310 million for grants issued to state and local governments for carbon use market development.

What will implementation look like? Building out carbon transport, use and storage involves researching and identifying the environmentally friendly and economical ways to transport CO2 in a given area (pipelines, trucks, boat) and the best uses for captured CO2. It also requires identifying the best locations for CO2 storage and ensuring that storage locations and transportation infrastructure are safe, have plans for long-term monitoring and align with community needs.

These five carbon removal initiatives represent an enormous increase in carbon removal funding and demonstration projects in the U.S., which must be accompanied by a commitment to equity, public engagement and environmental integrity. But much more is still needed.

To reach the carbon removal goals outlined in the U.S. Long-Term Strategy, the federal government must also pass provisions such as those included in the 2021 Build Back Better Act, which would direct tens of billions of dollars to climate-smart agriculture and forestry and would enhance tax credits for carbon capture and DAC projects to support faster deployment.

Carbon removal can help the U.S. achieve its climate goals — but scaling carbon removal must be done with careful consideration of environmental and social impact. This decade, the country has the opportunity to lay the building blocks for effective and responsible carbon removal.