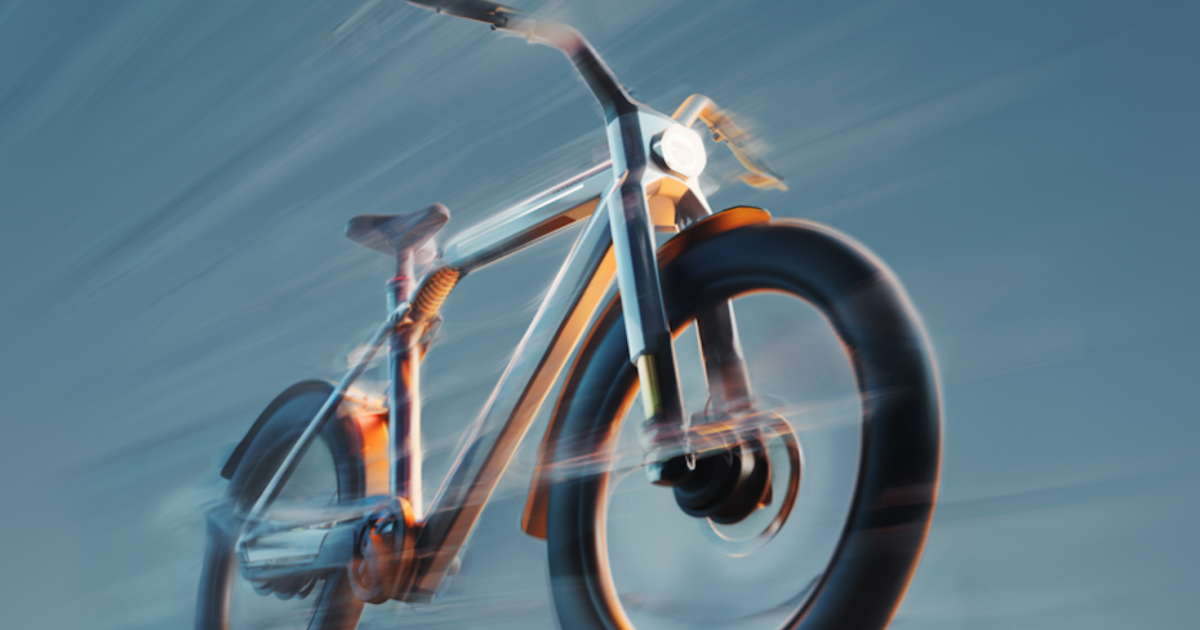 This story was first published on Next City, a nonprofit organization with a mission to inspire social, economic and environmental change in cities through journalism and events around the world. Read the original article at Next City.

VanMoof, a venture-capital funded, super-cool company (essentially, the “Apple of bikes”) recently unveiled a so-called “hyperbike” in an effort to compete more closely with cars. This e-bike, the company says, is a “true car replacement” that can get people moving through cities in a far more sustainable way.

As an urbanist who promotes a broader understanding of new vehicles and services at the New Urban Mobility Alliance (NUMO), I should be thrilled with a product that promises to help people finally ditch their cars. So why am I, and many other urbanists, not entirely happy?

The problem is, as I see it, that the VanMoof “hyperbike” is not actually a bike.

It used to be simple. For some 100 years, a bicycle was a vehicle with two wheels, usually of the same size, propelled by its rider’s own effort via pedals. We’ve all been to bike shops and have been able to identify a bicycle by looking at it. The bicycles we rode when we were young are essentially the same as the bicycles we were buying some 10 years ago, give or take some nicer brakes and more gears.

However, in recent years the question of how to define “a bicycle” has become a contested topic. When entering a bike shop, you may be struck by the wide array of bicycles that you can get. Some have electric motors — some throttle-activated and some pedal-activated.

Among that wide variety of e-bikes, there is something close to the perfect vehicle: the pedal-assist e-bike, a bicycle that is propelled by pedals but “helped” by an electric motor. These e-bikes have a top speed of around 20 miles per hour. They not only go at a safe speed, but they are also lightweight, occupy little space in the right of way, are extremely low-emission, don’t pose a risk to others on the bikeway or street, and are absolutely loved by those who start using them. This kind of e-bike, such as the rest of the VanMoof fleet sold today and that many other bicycle brands are selling by the thousands, is probably the best thing to happen to the transport sector since … well, since the good old bicycle some 200 years ago.

Enter VanMoof’s V “hyperbike.” The company’s argument seems to be that, by being faster than a typical e-bike, they can compete much better with cars and people will be more motivated to buy and use them, generating in turn improvements to city life and sustainability. While that may ring true, there are several reasons for which we should be careful with this approach. Allowing any two-wheeled vehicle to go on the bikeway just because it has pedals is not a great idea. Anyone who does the math can see why higher speeds in vehicles generate greater risk to others, and why we don’t want to welcome a high-speed e-bike into a bikeway that has been designed for the safety of vulnerable users, including children and the elderly.

Making fast e-bikes part of the existing categories for e-bikes (which enjoy loose regulation; unlike motorcycles, riders of e-bikes don’t necessarily need to wear helmets or get a drivers’ license) can make speed-controlled, pedal-assist e-bikes seem part of a more dangerous category of vehicles, and overall reduce the likelihood of cities allowing them on bikeways and other infrastructure for vulnerable users because they will all seem too dangerous. A painful and recent example is when delivery gig workers in New York were heavily fined for their use of small e-bikes to do their jobs.

By all means, hyperbikes can thrive in the market and should be promoted as a vehicle that will replace cars, but they are closer to mopeds and motorbikes and should be regulated as such. That means riders should be licensed, bikes should have plates and they should not be allowed in bike lanes because they are beyond a threshold of risk that needs more strict regulations to be applied to them. The two-wheeler industry may not like this idea because it reduces the likelihood of them being purchased, but it’s the responsible way to go.

Allowing any two-wheeled vehicle to go on the bikeway just because it has pedals is not a great idea.

We can’t shy away from this discussion. Just as e-scooters, automated vehicles and other new types of vehicles that disrupt the existing definitions of car, scooter, bike, etc., are trying to claim space in the existing right of way, hyperbikes will do the same if we don’t use this opportunity well.

But there are more ways forward. Since it has taken decades for pedestrians and cyclists to finally get a slim section of the right of way for their safe riding and walking, we shouldn’t invade that space with these hyperbikes, but rather fight for more space from cars.

As several others have said in recent years, we could promote a middle ground in an effort to generate a greater adoption of smaller, lighter, cleaner vehicles that replace cars. A vast network of “light lanes” would provide space for a large group of vehicles with a broader range of speeds, weights and dimensions; not just “hyperbikes” but mopeds, e-scooters, tricycles, cargo bikes and other vehicles to come that fall into the category of “micromobility” because they are lightweight with slow speeds and minimal-to-no-emissions. Let’s move forward in getting cities to adopt a new category of light vehicle lanes (that some have called “slow lanes”) where only smaller, lighter, cleaner, non-car vehicles are allowed.

As we’ve learned in our work with NUMO, these disruptions of the right of way and the definitions of vehicles are happening more frequently, and have in turn disrupted regulations, pricing, data requirements and basically everything we knew to be true about transportation policy and even street design. These difficult but crucial distinctions will help us pave the way for safe walking, riding and sleeping on our way to work and home while also preserving the right of way of more vulnerable users.