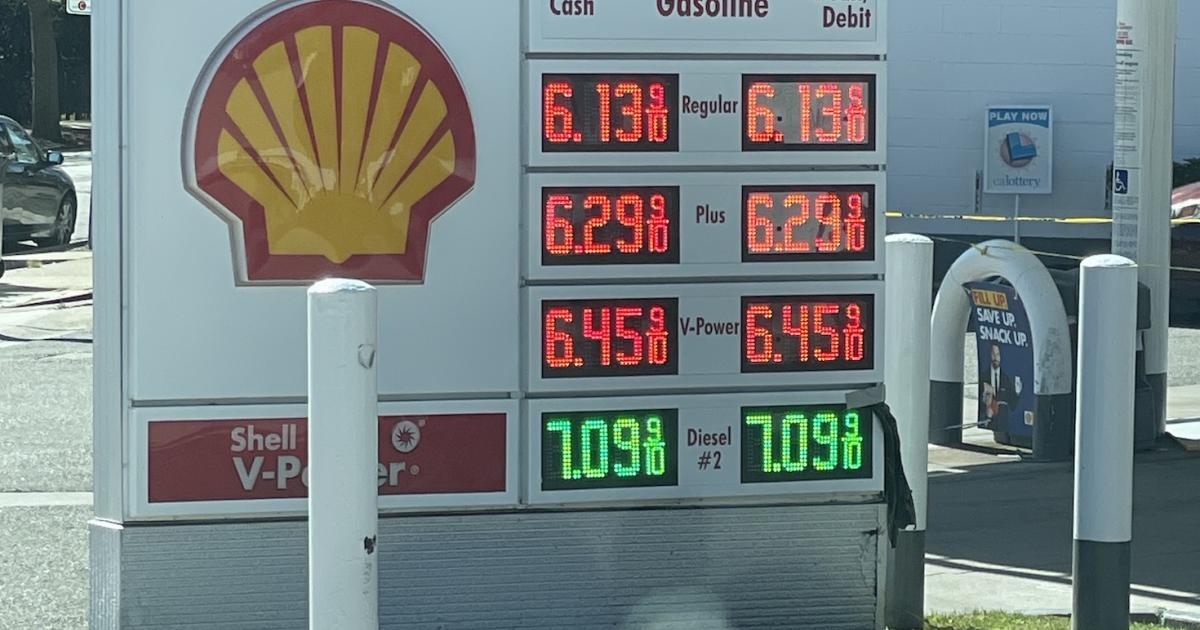 You might have noticed gas prices are kind of high. What do you think we should do about that?

Of course, it’s a spectrum, and many suggest the solution is a balance between the two. But the latter philosophy, the push to further entrench the economy in fossil fuels as a solution, is a head scratcher. At best, it’s kicking the can of the energy transition down the road. At worst, it’s a strategic and calculated narrative honed by the oil industry to ensure profits at the expense of geopolitical stability and a safe climate future.

What is clear is this moment will be a catalyst for change. What that change looks like depends on how much we let the oil industry shape the narrative.

Inevitably there will be finger pointing as to who we can hate, boycott or vote out of office because of high gas prices. For example, the rise of gas prices is closely correlated to presidential job disapproval, despite the fact the president doesn’t have much or any control over the price of gas.

So allow me to suggest a more useful focus of your ire: the oil industry. It’s worth remembering that as prices go up, it passes that cost onto consumers. While people are paying a record amount, it’s pulling in record profits.

The oil industry is also at the forefront of initiatives and policies to further lock the economy into fossil fuels. It’s behind the push advocating for more fossil fuel infrastructure (which will take years) as a solution to a challenge today. The industry is also benefiting from higher prices, making bumper profits for investors and pressuring the government to support additional drilling.

If the oil industry weren’t literally killing us, I’d have to respect its ingenuity. The industry got billions in bailout money at the start of the pandemic, then made billions in profits by keeping production low and doling out dividends to shareholders.

All of this is making U.S. oil and gas companies feel very good about themselves. As one New York Times reporter put it, “The vibe [from the industry is], ‘You thought you were done with us, but as recent events have shown, we’re still quite important.”

GOP leaders, who are backed by oil interests and have long supported the expansion of oil and gas, are using this moment to their advantage. They are calling for Biden to reverse the cancellation of the Keystone XL pipeline, lift limits on oil and gas leasing on public lands and are pushing to export more liquified natural gas. “Drill Baby Drill” swag is making its way back to Capitol Hill.

We can’t let the future be shaped by corporations profiteering from the crises from which we want to escape.

But the solutions involving further investment into fossil fuel infrastructure would do nothing to alleviate today’s challenge. And it would lock us into assets that would require more oil and gas production and burning to be profitable.

It’s also unclear those measures would even work. After the 1970s energy crisis, America spent decades investing in oil and gas extractions to insulate ourselves from the geopolitics of global energy. Yet instead of liberating us, it has made oil and gas companies profits as they export resources to other markets.

As a clean energy evangelist, I dream of a future where nations aren’t beholden to the volatility of oil prices. But today, the economy is still very intertwined with the cost of oil. Doubling down on that dependence to avert future crises is a stopgap measure that delays true energy security. It’s also at odds with a safe climate future.

Is this not just my own confirmation bias at play?

Let me put my cards on the table. I do have a bias. A bias towards the scientific consensus about the dangers of climate change. While a measly petrostate autocrat can derail the geopolitical landscape, that will not slow the unflinchingly rigid physical consequences of failing to decarbonize.

That is to say, climate change will not wait for the conflict to be over. Indeed, as the fighting intensifies, scientists sounding the climate alarm are running out of superlatives to signal the urgency of the situation. The Intergovernmental Panel on Climate Change released a new report warning the crisis is accelerating faster than we thought and humanity is nearing climate adaptation limits.

If there is a silver lining to the war in Ukraine, it may be its potential to spur forward renewables globally. But to get that right, we can’t let that future be shaped by corporations profiteering from the crises from which we want to escape.