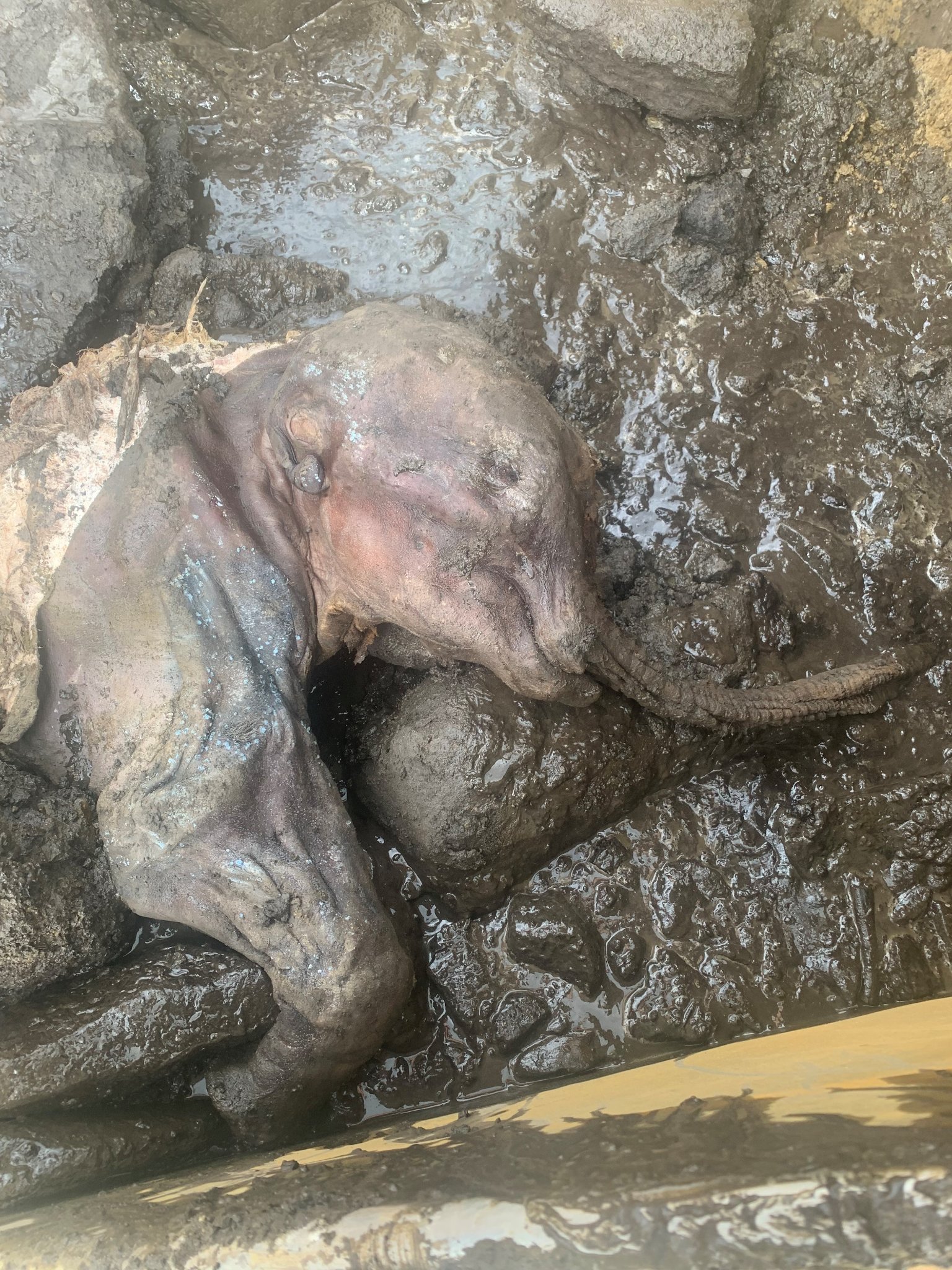 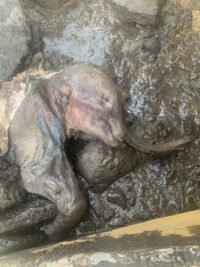 A perfectly-preserved whole woolly mammoth calf has been discovered in the Yukon gold fields south of Dawson City in northwest Canada. It is the first whole baby woolly mammoth ever found in North America, and only the second in the world. (The first, Lyuba, was found in Siberia in 2007.)

The discovery was made by miner Tavis Ikswaled on June 21st. He was digging through the muddy ground of the Treadstone Mine in Eureka Creek with an excavator when he turned something up. He alerted his boss who immediately stopped work and sent a picture of the find to Yukon government paleontologist Dr. Grant Zazula. Zazula was able to arrange for two geologists in driving distance to survey the site and recover the baby mammoth just before a downpour that would have flushed the little tyke away.

The baby is a female and was very young when she died, about 30-35 days old. The geological context indicates she lived and died between 35,000 and 40,000 years ago, the last Ice Age. Permafrost preserved her with soft tissues intact, from trunk to tip of her tail. She is 140 cm (4’7″) long, longer than her Russian sister. She was discovered on the land of First Nation Trʼondëk Hwëchʼin, and the Elders named her Nun cho ga, which means “big baby animal” in the Trʼondëk Hwëchʼin’s Hän language.

According to Zazula, the miner had made the “most important discovery in paleontology in North America.”

“She has a trunk. She has a tail. She has tiny little ears. She has the little prehensile end of the trunk where she could use it to grab grass,” said Zazula. “She’s perfect and she’s beautiful.” […]

He said that the geologists who recovered her saw a piece of the animal’s intestine with grass on it.

“So that’s telling us what she did the last moments of her life,” said Zazula.

He said the mammoth was probably a few steps away from her mother, but ventured off a little bit, eating grass and drinking water and got stuck in the mud.

“And that event, from getting trapped in the mud to burial was very, very quick,” he said.