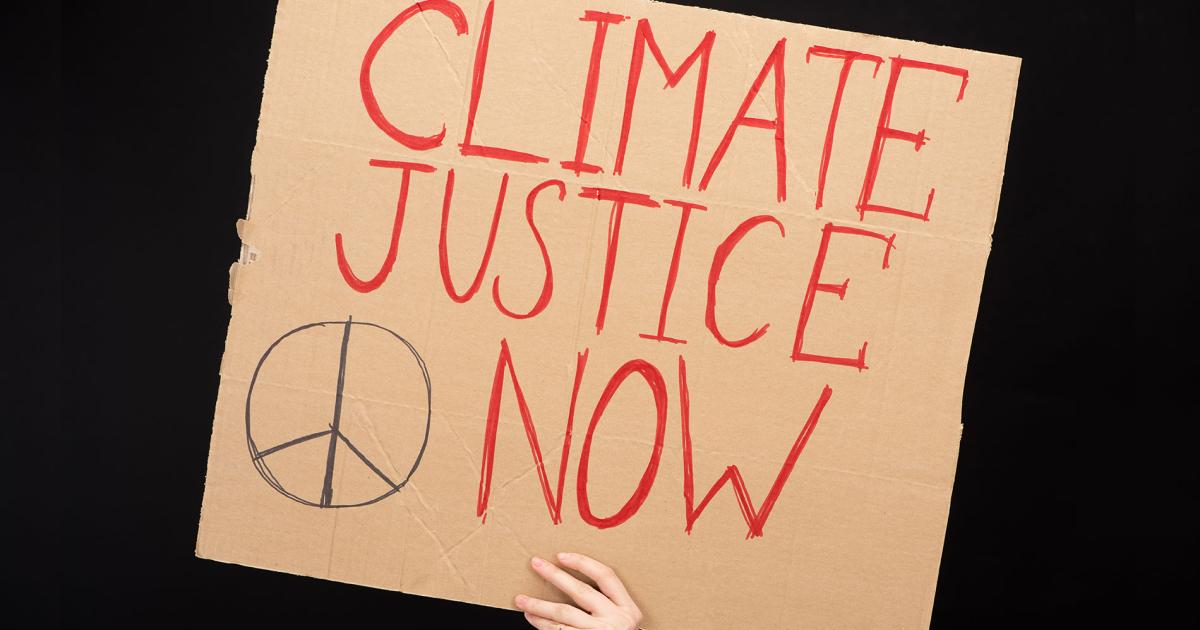 As we enter another pandemic year feeling cautiously hopeful and looking to tackle a multitude of intertwined global crises — poverty, pollution, pandemic — our Just Transition Alliance team wanted to share some reflections on navigating 2022.

Fortunately for us, this GreenBiz piece by Joel Makower provided a framework for such reflections.

Contrary to Makower’s comment that “for the uninitiated, it’s a compelling, albeit vague term,” just transition is anything but vague. Complex, yes. Controversial, maybe. But certainly not vague.

Let’s start with its etymology — the history and use of the term in the environmental justice (EJ) movement, where 500 years of resistance to colonial extractivism has shaped our understanding of just transition over the past five decades.

While some — correctly — attribute the coining of “just transition” to Oil, Chemical and Atomic Workers Union (OCAWU) leader Tony Mazzochi, this is only part of a larger story. Like other dominant-culture narratives, the OCAWU story has emerged in a highly sanitized form, completely editing out the roles of Black, brown and Indigenous communities.

By definition, ‘just transition’ and ‘net-zero’ are contradictory terms. When used together they form an oxymoron.

Throughout the 1960s, ’70s and ’80s, just transition evolved through dialogue between communities of color and labor organizers on the frontlines of extractive industries threatening community and worker health, our ecological life-support systems and Indigenous land defense. Where Black, brown, Indigenous, migrant and poor white communities were fighting polluting energy, petrochemical and waste corporations, industrial workers and their unions were often pitted against our communities by corporations using the false binary debate of jobs versus environment.

This is where OCAWU, the Communication Energy and Paperworkers Union and many other radical — mostly local — unions stepped in to work with our communities to fight various polluting industries. Guided by common cause, these collaborations served to build relational trust between labor and environmental justice movements through the 1990s.

The formation of the Just Transition Alliance took place when we realized that collaborating on place-based strategies to end such harm and create local alternatives was the most effective way forward. We knew we had to work past our differences and align our efforts for the long haul — because change is inevitable and justice is not.

Thus, the concept and term of “just transition” was born at the intersection of worker rights, occupational health and safety, environmental, economic and racial justice, with a universal vision of systemic change. For today’s climate justice movement, it represents a body of principles, processes and practices that help us shift away from polluting, extractive industrial complexes and towards place-based economies that serve the needs of communities, workers and the environment. It is also a critical path for navigating all the storms, floods, fires, droughts, pollution, pandemic, police, prisons and other forms of structural violence headed our way.

Strategies defined by those first and most affected

This brings us to Makower’s second question. Who should or gets to define just transition is easily answered by a core environmental justice value: “Nothing about us, without us.” All decisions, designs, policies and investments that determine change for any industrial sector need to be led by those workers and communities historically most impacted by the sector. Hence, any government, academic institution or nongovernmental organization committed to just transition should seek the leadership of those whose lived experience provides the best guidance and those whose lives, labor and livelihoods are most harmed.

In his article, Makower correctly notes, “[Just transition] will soon become table stakes inside companies that “over time … will become widely used, overused and possibly abused, applied indiscriminately to companies, products, services, government programs.” However, we refute the claim that “just transition is the new net zero.”

By definition, “just transition” and “net zero” are contradictory terms. When used together they form an oxymoron.

As we recently explained to Beltway allies who introduced the Green New Deal resolution to U.S. Congress, coupling just transition with “net-zero emissions targets” is like saying we should blindly allow polluting corporations to decide what decarbonization pathways suit their fancy. Our movements would never agree to have foxes guarding the henhouse.

“Net zero” means that polluting corporations, governments and markets can erase their total sum of greenhouse gas emissions on a spreadsheet without actually reducing their pollution loads. It does this via mechanisms such as: investing in renewable energy programs that subsidize toxic technologies such as nuclear power, waste and biomass incineration; buying forest conservation offsets that lead to the displacement of Indigenous people and proliferate harmful biofuels (palm oil) and monoculture plantations; subsidizing fossil-fuel extraction through unproven, dangerous technofixes such as carbon capture and storage.

To Makower’s credit, he provides fair coverage of net zero in a previous piece, pointing to the range of opposition that has emerged in recent years, mainly due to critique by Indigenous communities and grassroots EJ movements around the world.

In the lead-up to COP26, more than 700 groups from around the world demanded that governments support Real Solutions, Not Net Zero. Despite such popular demand, the United Nations continued advancing a neoliberal mandate at the 26th “Conference of Profiteers.” We witnessed spurious negotiations to advance carbon markets and the emergence of a new greenwashing threat — Nature-Based Solutions.

Net-zero emissions goals are by no means a new threat. This carbon market flexibility concept was built on the foundations of many neoliberal, profiteering schemes — carbon neutrality, cap and trade, cap and dividend and forest carbon offsets, to name a few. Environmental justice communities have always been wary of such financial schemes that seek to turn profit from harm.

We have always asserted that effective climate justice strategies need to be developed by the leadership of frontline communities and workers, not by hired guns who serve transnational corporations. This is why we opposed the Waxman Markey cap-and-trade bill in 2010. Over the last decade, witnessing the failure of pollution trading regimes such as California’s AB32, our opposition has grown.

However, we continue to face billions of public dollars being handed to dirty energy by federal initiatives such as the Build Back Better Act. To effectively move money away from such fossil-fuel subsidies and towards real solutions, we need larger, more privileged civil society groups (national green groups, international unions, climate philanthropy) and community businesses to join us in opposing these schemes.

To help our allies understand such market-based schemes, risky technofixes and hollow promises, we recently published “Hoodwinked in the Hothouse,” a guidebook for understanding how disaster capitalists seek to fleece public coffers at various levels of governance and public spending — from city councils and tribal nations to the budgets of nation states and global mechanisms being developed at the UNFCCC.

Co-authored by dozens of veteran climate justice organizers and policy advocates, “Hoodwinked” is an inoculation against the global greenwash pandemic. Where thousands of private consultants, researchers and academics are being recruited to protect the status quo of dirty energy, we need to avoid being duped as many have in the past — such as when the oil and gas industry hired medical-health experts formerly employed by the tobacco cartel to claim their products and services were safe.

As always, the best way to ensure the integrity of just transition is to turn to the real experts — frontline communities and workers — to define its terms and conditions.