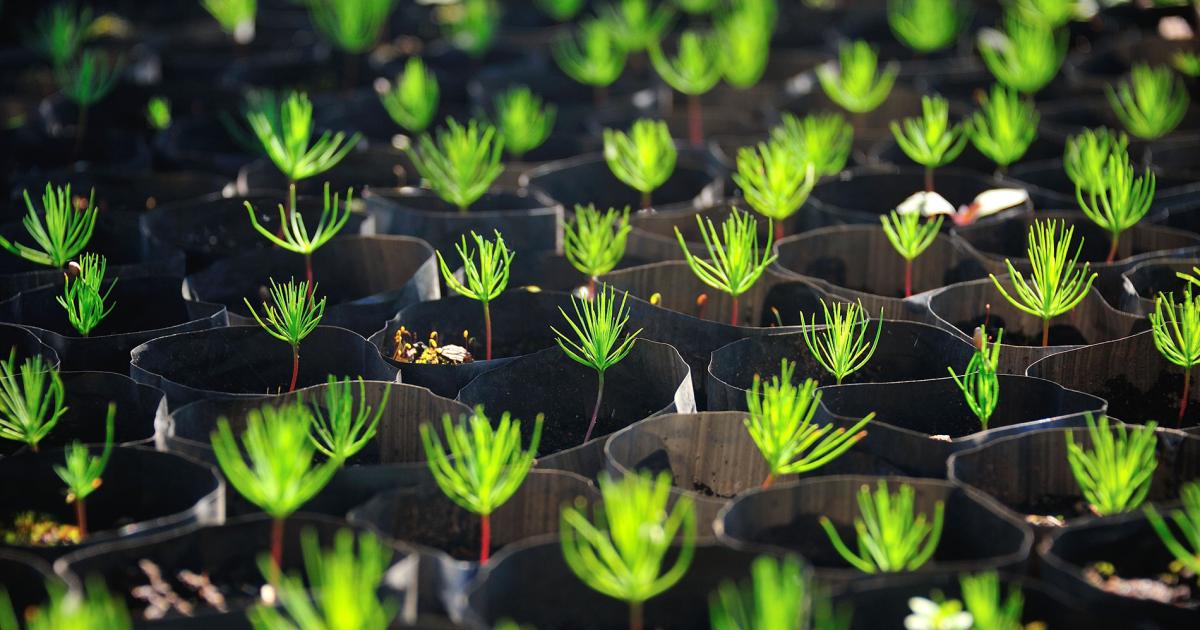 Today is International Day of Forests, a United Nations-proclaimed event that aims to celebrate and raise awareness of the importance of forests of all types. It’s a relatively recent addition to the commemorative calendar: The U.N. General Assembly first proclaimed March 21 as the date in 2012.

Regardless whether you were aware of it (I wasn’t until recently), International Day of Forests seems a walk in the park. Who doesn’t love forests, trees and all the critters therein? Who isn’t aware that trees and forests are one of the major ways the planet absorbs carbon dioxide, making planting trees a go-to tactic for mitigating the climate crisis?

To my knowledge, there’s no anti-tree-planting lobby.

According to the U.N. Food and Agriculture Organization, on International Day of Forests, “countries are encouraged to undertake local, national and international efforts to organize activities involving forests and trees, such as tree-planting campaigns.”

A healthy tree is a ready kind of negative emissions technology that many researchers see as the first line of defense against climate risks. But despite the feel-good appeal of planting a tree as a planet-positive act, and the various trillion-tree initiatives taking root around the world, the benefits of tree-planting programs are increasingly being questioned. The compelling idea that we can plant our way out of the climate crisis is being countered by concerns that, done poorly, planting trees actually could exacerbate the problem.

Despite the various trillion-tree initiatives taking root around the world, the benefits of tree-planting programs are increasingly being questioned.

The growing understanding of the science behind tree planting is putting some corporate tree-planting programs out on a limb. Countless companies have embraced reforestation (replanting areas where trees once stood) and afforestation (planting trees in places they hadn’t generally existed) as evergreen issues that simultaneously address public relations, employee engagement and net-zero strategies while creating jobs in local communities.

But as climate risks rise in awareness and severity, it may be time to rethink how these programs are designed and implemented.

Root of the problem

Tree planting is a booming industry, spurred in part by campaigns by governments around the world as well as by scores of multinationals, from Amazon to Zurich Insurance. Nearly 2 billion trees are planted each year, according to statistics compiled from different sources, including the U.N. Environment Program. The same studies estimated that 158 million trees are replanted each month globally. That’s about 5 million trees a day, 7,000 every minute.

The industry is growing so quickly, in fact, that there’s a shortage of seedlings in some places, including the United States, where tree nurseries will need to double production to supply an additional 1.7 billion seedlings annually to meet demand. Boosting seedling production will require expanding tree nurseries, increasing the industry’s workforce, increasing seed collection and storage capacity, and improving pre- and post-planting practices, according to Joe Fargione, science director at The Nature Conservancy.

So, what’s the problem with planting trees? Nothing, if it’s the right tree in the right place using sound science, and if it’s not merely planted but nurtured over time.

But that’s often not what happens in real life, particularly with massive tree-planting initiatives sponsored by companies, governments, nonprofits and tech billionaires.

The media is rife with stories about tree-planting initiatives gone wrong. In 2020, for example, the Guardian reported on a government-backed initiative in Turkey that set a Guinness World Record for planting more than 300,000 saplings in a single hour. But less than three months later, up to 90 percent of the 11 million saplings were dead, planted at the wrong time with insufficient rainfall to support them.

The insufficient care and feeding of newly planted trees is just one problem. Another, arguably bigger one is planting trees where they would not naturally occur, threatening biodiversity and water supplies. Planting trees in snow-covered regions, for example, can increase the absorption of solar radiation, potentially leading to increased warming.

Still another problem occurs when tree planters attempt to replace native forestlands with profitable plantations. A report last year by Science News examined one global project aimed at restoring 865 million acres by 2030. It found that if all 865 million acres were allowed to regrow as natural forest, they would sequester about 42 billion metric tons of carbon by 2100. But if the land were filled with single-tree commercial crop plantations, the carbon storage potential drops to only about 1 billion metric tons.

Moreover, say scientists, planting in ecosystems with naturally sparse tree cover, such as savannas and peatlands, can destroy the diversity of Earth’s ecosystems that contribute to climate change mitigation and adaptation. Preventing ecosystem destruction, they say, is the most cost-effective natural climate solution.

Given all this, how can companies turn over a new leaf with their tree-planting programs? For starters, by addressing a range of scientific, political, social and economic concerns.

A 2020 working paper from World Agroforestry, an international institute headquartered in Nairobi, Kenya, outlines some challenges with tree-planting programs. Among them:

These and other challenges may provide a worthy roadmap of how to ensure a program’s success.

“Tree-planting initiatives are a key part of reforestation commitments and essential in areas that are too degraded to recover on their own,” Michael Becker, director of communications for 1t.org, a group created by the World Economic Forum to promote private investment in tree planting, told CNBC last year. “We use ‘grow’ to emphasize that simply putting a seedling in the ground is not sufficient — that tree needs to be supported to maturity to reach its full potential. It also needs to be the right species, planted in the right conditions, based in sound science.”

That is to say, those employee-engaging, community-centric and customer-incenting tree-planting programs that position a company as an environmental savior may not be logging all of the benefits they claim. As usual, what seems to be a cost-effective, quick-fix climate solution may be anything but.