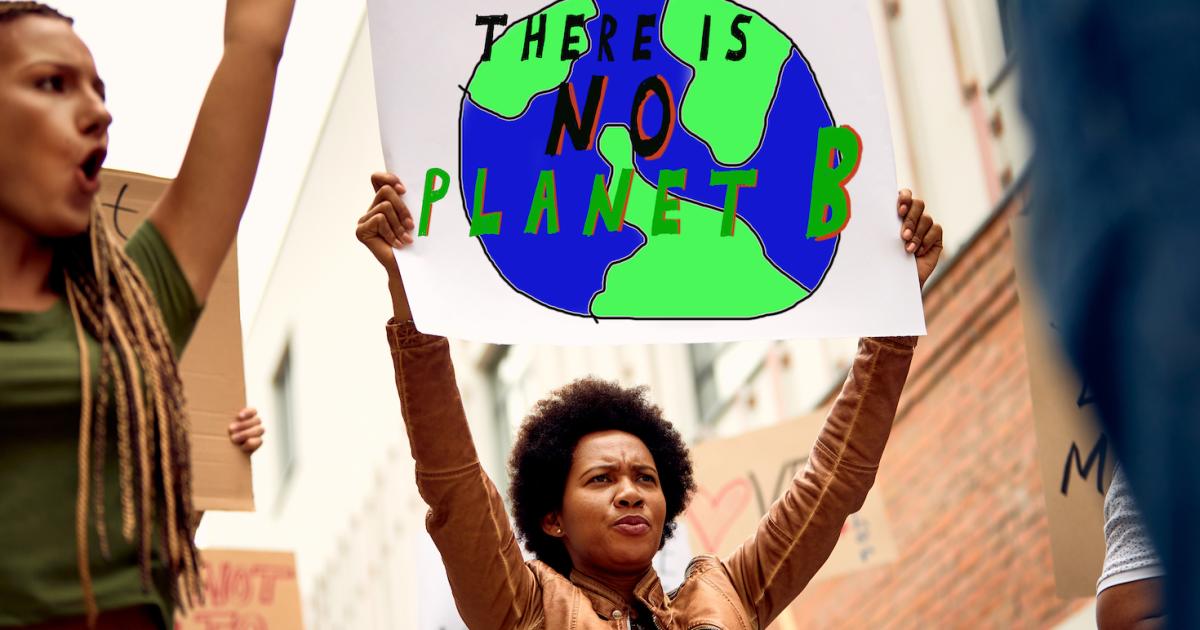 In the fight against climate change, entrepreneurship and innovation — known as “climate tech” — are essential. Women are more affected by climate change than men, and yet climate tech is a male-dominated field; in Canada, only one in 10 climate tech business founders are women and only 19 percent of climate tech startups have at least one female founder. When it comes to creating climate solutions, the female perspective is sorely lacking.

Investing in female entrepreneurs would generate higher returns for society as a whole, as women invest more of their income in their families compared to men. And as female-founded businesses tend to employ 2.5 times more women than male-founded businesses, empowering female entrepreneurs would also mean that more women could access job opportunities.

Female entrepreneurs are more likely than their male counterparts to innovate to address social needs, and women also score better than men in key skills such as leadership, problem-solving and innovation. Venture capital funding in climate tech is growing five times faster than the overall venture capital funding, indicating the high level of demand for this area of innovation. If women were able to access positions of leadership in this field, it would help to create wealth and reduce the gender wealth gap.

Access to capital is a key challenge faced by female entrepreneurs, with evidence showing that banks discriminate against them. In 2017, only 2 percent of venture capital funding in the U.S. went to all-female-founded startups. A study by Harvard, MIT and Wharton School showed this gender bias: when the same idea was pitched by a male and a female voice, two-thirds of investors picked the male voice. This bias could be a product of the fact that 88 percent of decision makers in venture capital firms are men.

Women face other disadvantages, too. In Asia and the Pacific, studies have shown that women do almost four times more unpaid care work than men, which means they have less time and energy to reskill, work extra hours and network. Greentech is also STEM-oriented and the STEM sectors are dominated by men with only 5 percent of leadership positions in the U.K. tech sector held by women. The problem starts at the education level, with only 3 percent of women in the U.K. saying a career in tech is their first choice. The lack of female role models is also an obstacle for young greentech entrepreneurs.

How can we address the gender disparity in climate entrepreneurship?

Many startups fail at the initial stages. Incubators and accelerators can provide mentoring, resources, space, networking opportunities and access to capital. Women often lack networking opportunities and joining accelerator programs can allow them to meet key stakeholders. Climate startups can face unique challenges, such as the return on investment being long term, and changing government regulations and policies. Accelerator programs can help female entrepreneurs secure valuable advice and support to overcome these challenges.

2. A drive to recruit women in the tech and green sectors

Many entrepreneurs begin by working in a company, and later start a business based on their experience. If the climate tech sector employs more women, they will build experience and confidence to start their own businesses. In the U.S., only 24 percent of workers in the tech sector are female. At EV giant Tesla, 83 percent of leadership positions are held by men.

3. A drive to appoint more women to the boards of venture capital firms and banks

Only 9 percent of the venture capitalists investing in tech startups are women, less than 2 percent of bank CEOs are women, and only 5.3 percent of board chairs globally are held by women. Having more women in these positions would help to minimize unconscious gender bias. Deloitte’s Board Ready Women is a commendable initiative that looks to support women who aspire to serve on boards of public companies. Female participants get advice from experienced board members, help in developing their board profiles and important networking opportunities.